The machine vision company's exposure to the consumer electronics and automotive markets is weighing on it in 2019.

High-growth companies rarely grow revenue in a straight line, and Cognex Corporation ( CGNX -1.79% ) is no different. Unfortunately, this year looks like it's going to be a down one. The first-quarter earnings report, released on April 29, saw the company lowering investors' expectations for the full year on the back of a worsening outlook in some of its key end markets.

Let's take a look at the developments in a difficult quarter for the company.

In short, it wasn't a bad quarter for Cognex, but that's not saying much because the first quarter is usually the least important for the company in terms of revenue. (The important quarters are usually the second and third.)

The real key to Cognex's first-quarter earnings reports is what management says about the coming quarters. Unfortunately, the news wasn't good. 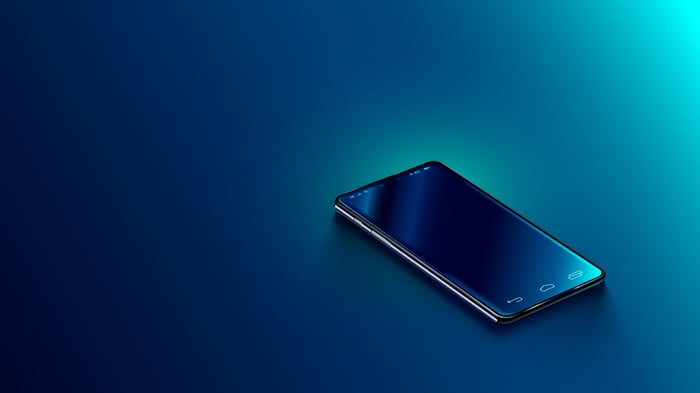 As CEO Rob Willett noted, Cognex doesn't usually give full-year guidance. It's become clear to management, however, that end-market conditions have deteriorated so much that Willett felt compelled to tell investors on the earnings call: "[W]e believe revenue will decline slightly year-on-year and be somewhere right between the levels we reported for 2017 and 2018."

Revenue in 2017 was $766 million and in 2018 was $806 million. As you can ascertain from the numbers above, last year was also a disappointing year for the company. In a nutshell, last year was difficult for Cognex because of a combination of moderation in capital spending by OLED/smartphone customers and regional weakness in China.

Unfortunately, it's getting worse in 2019. Willett noted that, "In consumer electronics, we now expect customers to defer investments in automation and machine vision, particularly in smartphone manufacturing." He expects consumer-electronics revenue to decline by a third in 2019, "marking the second consecutive down year for this major piece of our business."

Moreover, it's scant consolation that Willett sees the automotive sector as being its largest end market in 2019. A slew of companies have reported deterioration in capital-spending conditions in the automotive sector, and Willett noted that he was "anticipating challenges in the automotive market, as well." He also said, "Manufacturers are scaling back and delaying large automation projects in responses to change in consumer purchases, declining unit sales, and evolving product road maps."

On a more positive note, Cognex had "continued strong growth" in the quarter according to Willett, but he declined to put a number on this growth. However, logistics only contributed around 12% of the company's sales in 2018, so even if its sales can grow at the 50% annual rate that management expects over the long term, it won't be enough to fully offset declines in Cognex's consumer electronics and automotive revenues.

Clearly, Cognex is facing a difficult year, but the key question is whether it can bounce back. Hopes rest on a resumption of capital spending by consumer-electronics customers and the automotive sector, possibly driven by spending on electric vehicles and a cyclical recovery in light-vehicle sales in the coming years. Meanwhile, logistics sales remain strong.

This year will be difficult, but Cognex still has long-term growth prospects.

Why Shares in Cognex Are Slumping Today

1 Machine-Vision Stock Looking Into the Future