Like all high-growth stocks, machine vision company Cognex Corporation (NASDAQ:CGNX) has had its fair share of ups and downs in the last few years. Last year was a down year, as the company failed to match the previous year's orders in consumer electronics and saw slowing growth in its automotive sales. Looking into 2019, the company also faces a fair amount of uncertainty regarding end demand. However, the key takeaway from its recent earnings is that underlying growth is strong, and there's possibly as much upside potential in Cognex's 2019 earnings as there is downside. Here's why.

Let's start by piecing together what happened in 2018 and the trends exiting the full year. Unfortunately, it doesn't make great reading. The company's 5% revenue growth in 2019 was significantly lower than its targeted long-term growth rate of 20%. Moreover, the high-single-digit growth in its automotive-related sales (traditionally around 25% of the company's sales) slowed through the year. 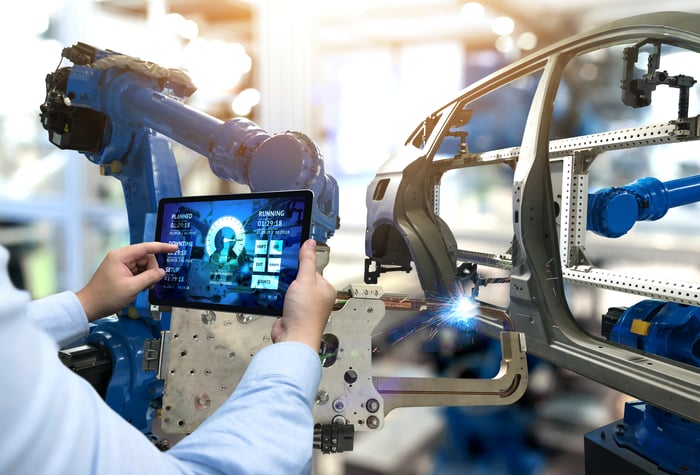 In fact, Cognex's automotive sales were flat in the fourth quarter and, given the weak outlooks from companies as diverse as BorgWarner and Rockwell Automation on auto-related capital spending, there's likely to be more negative pressure in 2019. Moreover, it's difficult for management to give an outlook for orders in its consumer electronics end market in 2019 during the first quarter, because its customers tend to place orders in the second and third quarters in order to ramp up production in preparation for the end of the year.

Investors will have to wait until the next quarter for a better fix on consumer electronics -- Cognex's largest end market and the source of its monster orders in 2017. For reference, Apple Inc (NASDAQ:AAPL) is Cognex's single largest customer, generating 15% of its revenue in 2018. Further, given that Apple was responsible for 20% of Cognex's revenue in 2017, it's reasonable to speculate that Apple is, at least in part, responsible for the slowdown in orders. Apple's planned cut in capital expenditures doesn't bode well for Cognex's orders in 2019.

Looking at matters with the glass half full, there are three key reasons why there's still a lot to look forward to with Cognex in 2019.

First, management disclosed that its fast-growing logistics sales -- which largely benefit from warehouse automation for e-commerce fulfillment -- were ere above $100 million in 2018, representing more than 12% of the company's sales. Moreover, logistics sales are currently growing at more than a 50% rate -- a figure that is expected to grow "annually for the foreseeable future," according to CEO Rob Willett on the company's earnings call.

Some simple calculations will show that a 50% growth rate on 12% of revenue will more than offset, say, a 10% decline in 25% of Cognex's revenue (automotive). Moreover, automotive is a cyclical industry, and when it turns up -- management expects 10% annual growth rate from automotive -- the fast-growing logistics business is likely to be a far larger part of Cognex's revenue. 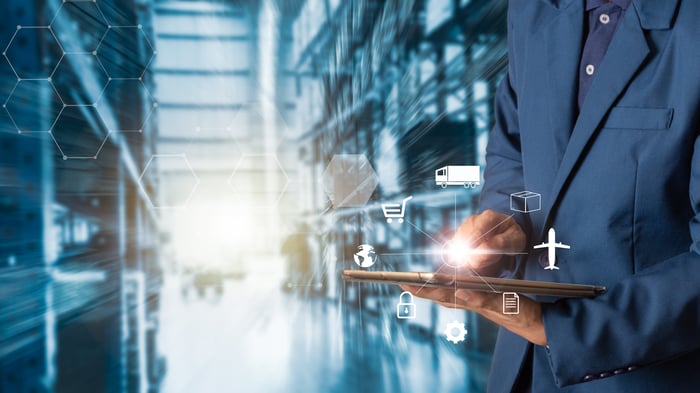 There's a lot of things being analyzed and considered for implementation at this time of year, and in general, they would have to do with new features or new technologies being adopted within smartphones ... there's always new technology under consideration for adoption, and we get more clarity in the next couple of months on what actually is going to be going.

In other words, the key driver isn't the absolute level of spending, rather the level of innovation in the industry, so Cognex could receive orders even in a weak smartphone sales market.

Third, Willett argued that excluding the negative impact of a few large consumer electronics companies scaling back orders in 2018, the revenue increase "was 18%, reflecting substantial contributions from the rest of our business." It's important to note that Cognex's growth drivers are not just cyclical -- there's a strong secular trend toward automation and machine vision.

All told, there's a lot of uncertainty around Cognex's earnings in 2019, but that doesn't mean it's all on the downside. In fact, Cognex also has plenty of potential to provide positive surprises, too. Long-term shareholders won't worry about lumpiness in orders from consumer electronics over a year or so, and instead focus on the underlying growth. The stock's run-up this year means it's not quite as good a value as it was earlier in the year, but it's worth keeping an eye on in case of any market led sell-off.