Lyft's (NASDAQ:LYFT) recent IPO bombed amid concerns about its lofty valuation and lack of profits. Uber, which filed for an IPO in mid-April, now faces similar concerns. Ongoing strikes by drivers at both ridesharing companies are raising additional red flags.

Lyft and Uber reported operating losses of $978 million and $3.03 billion, respectively, last year -- and both companies warned that they might never generate a profit. Those losses might cause investors to shun ridesharing companies altogether, but there's a much safer play in this high-growth market -- Yandex (NASDAQ:YNDX). 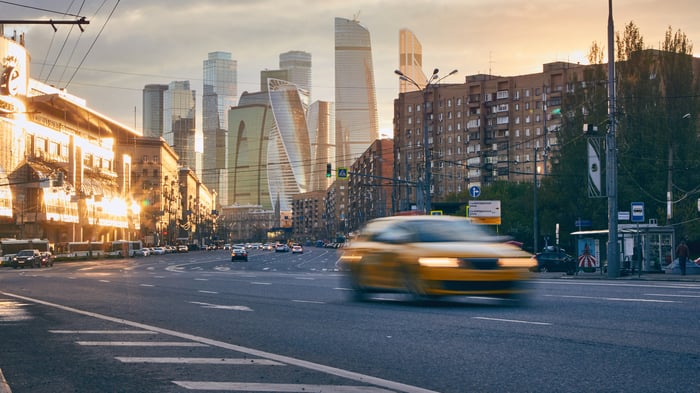 Yandex owns the largest search engine in Russia. It controls 50% of searches across all platforms, according to StatCounter, compared with 46% for Alphabet's (NASDAQ:GOOG) (NASDAQ:GOOGL) Google.

Here's how those three core businesses fared last quarter, excluding the deconsolidation of its e-commerce platform Yandex.Market for both periods:

Yandex.Taxi was founded in 2011, and operates in Russia, the CIS, the EU, Central Europe, Africa, and the Middle East. It offers Yandex.Eats only in Russia. The platform is powered by Yandex.Maps and Yandex.Navigator, which calculate routes based on current traffic.

In 2017, Yandex.Taxi merged its operations with Uber's in Armenia, Azerbaijan, Belarus, Georgia, Kazakhstan, and Russia via a joint venture. Yandex currently owns 59.3% of the joint venture, while Uber controls 36.9%, and the employees have the remaining 3.8%. The company has also been testing out driverless cars in Russia, Israel, and the United States. 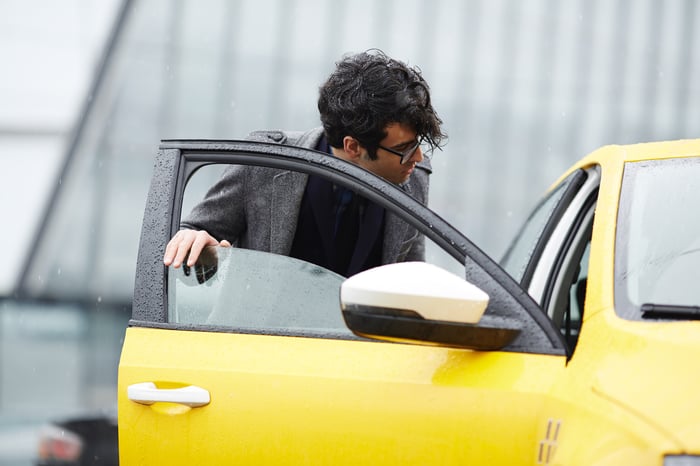 More profitable than Lyft or Uber

Yandex.Taxi was unprofitable during the past few years. However, its adjusted EBITDA margin came in at just -1.5% during the first quarter, compared with -54.9% a year earlier. During the conference call, CFO and COO Greg Abovsky declared that the business will be profitable throughout 2019.

Abovsky also noted that the introduction of Yandex.Plus -- a Mastercard credit or debit card that offers 10% cash back on Yandex.Taxi rides and other perks -- boosted the unit's ridesharing revenue. He admitted that Yandex.Taxi's revenue growth would decelerate over the next few quarters, but that's not surprising for a business with triple-digit sales growth.

Yandex's core advantage against Lyft, Uber, and other stand-alone ridesharing businesses is that it can subsidize the growth of its ridesharing operations and other side bets with its core advertising business. Meanwhile, the growth of Yandex.Taxi complements the expansion of its sprawling ecosystem -- which includes cloud, news, email, e-commerce, payment, and virtual assistant services, as well as hardware devices like smart speakers, Android phones, and an onboard computer for connected cars.

Yandex's core search business is still growing, and the company's traffic acquisition costs (TAC) accounted for only 14.3% of its revenues during the first quarter, compared with 16.2% a year earlier. That low figure indicates that it doesn't spend much cash to lock users into its ecosystem. By contrast, Google spent 24% of its advertising revenue on TAC during the same period last year.

Yandex's total adjusted net income rose 36% (49% excluding Yandex.Market) annually during the first quarter. Wall Street expects its revenue and earnings to rise 30% and 36%, respectively, in USD terms this year -- which is a stunning growth rate for a stock that trades at 18 times forward earnings.

A potential IPO in the future

Yandex plans to spin off Yandex.Taxi in an IPO within the next two years. That stock could be a better pure play on the ridesharing market than Lyft or Uber, since Yandex.Taxi has a clear path toward profitability. But until that happens, Yandex should remain one of the safest ridesharing plays on the market.