Cyclical businesses inevitably have to face difficult periods in their industries, and even for a laser industry that was once red-hot, fears of economic slowdowns across the globe have weighed on performance. IPG Photonics (NASDAQ:IPGP) has been one of the strongest players in the laser industry for a long time, but even it has proven vulnerable to the tough conditions plaguing laser makers currently, and it's especially reliant on the Chinese market for much of its business activity.

Coming into Tuesday's first-quarter financial report, IPG Photonics investors were prepared to see sizable declines in both revenue and earnings, and the company wasn't able to avoid those hits to its financial results. However, the laser maker said it's seeing improving conditions in its key Chinese market, and it believes a rebound in China could help it bounce back and return to form in producing long-term success for its investors. 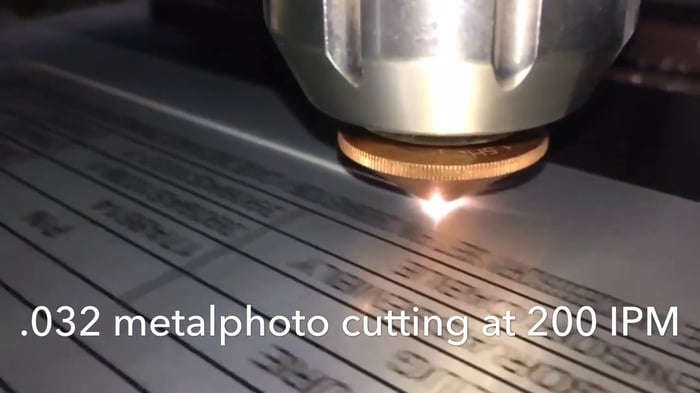 A tough start to the year for IPG

IPG Photonics' first-quarter results reflected ongoing challenges for the laser manufacturer. Revenue dropped to $315 million, down 12.5% from year-ago levels, with the silver lining being that most of those following the stock had expected to see even more dramatic top-line declines. Net income of $55.2 million was off 48%, and earnings of $1.02 per share fell short of the $1.11 per share investors had as their consensus forecast.

Nearly all of IPG Photonics' business units felt the pain of the tough conditions during the quarter. Revenue related to materials processing, which makes up the vast majority of total revenue, fell 11%, with cutting and 3-D printing applications bearing the brunt of the weakness. Elsewhere, sales into other applications dropped by nearly a third. Moreover, it took $24 million in sales from the recently acquired Genesis Systems Group to avoid an even sharper top-line decline.

IPG's primary revenue source, high-power continuous wave lasers, saw a 22% drop in segment sales. Weak demand in China and Europe and lower average selling prices weighed on the company's results, with sales falling by 20% or more in the Chinese and European regions as well as in Japan.

However, there were a few pockets of strength. IPG Photonics said that high-power continuous wave lasers of 10 kilowatts or higher saw sales jump 40% from year-ago levels. Even though revenue was down sharply in most areas, North America saw a 65% jump in sales across the region. Moreover, IPG reported encouraging order growth in communications and government applications.

Even so, IPG saw pressure on earnings from several fronts. Fixed manufacturing costs and higher inventory provisions cost the company about $0.04 per share in earnings compared to its initial projections, and higher legal expenses, costs for research and development materials, and currency pressures were responsible for another $0.04 per share bottom-line hit.

What's next for IPG Photonics?

During the quarter, business trends improved in China, driving sequential growth in orders. More importantly, we have met competitive challenges head on through a combination of substantial reduction of component and manufacturing costs and introduction of unmatched product features that improve processing speed, flexibility, and quality for our customers.

The CEO also noted that strength in ultra-high-power fiber lasers could be a pathway to a sustained recovery.

Furthermore, a Chinese recovery has seemed to continue into the current quarter. Gapontsev said he's seen sustained order growth in the first three weeks of the second quarter, and he believes that "if this momentum in China is maintained, it should continue to drive better performance." Nevertheless, a tough pricing environment as well as poor economic trends in Europe will remain difficult to overcome.

IPG's guidance for the second quarter was tepid at best. Revenue projections of $340 million to $370 million would be consistent with consensus forecasts, but earnings of between $1.25 and $1.55 per share suggest a potentially weaker result than investors have hoped for.

IPG Photonics shareholders didn't like the downbeat news, and the stock dropped 3% shortly after the open following the announcement. Signs of improvement in China are promising, but it'll take a prolonged boost to levels of economic activity both there and elsewhere across the laser market for IPG Photonics to mount a full recovery.