Please ensure Javascript is enabled for purposes of website accessibility
Log In Help Join The Motley Fool
Free Article Join Over 1 Million Premium Members And Get More In-Depth Stock Guidance and Research
By John Bromels – Updated May 2, 2019 at 9:15AM

Most CEOs take a victory lap when their company outperforms. Not GE CEO Larry Culp. Here's why.

When a company underperforms quarterly expectations, you can usually expect a lot of excuses and silver linings from the CEO. Highlighting the one or two metrics that don't look as bad is a time-honored tradition on the earnings call, as is talking about the company's safety record.

By contrast, when quarterly performance comes in better than expected, it's natural for management to take some credit, to talk about how the management team's hard work is paying off, or how this is evidence that the turnaround plan is working.

What's very unusual is to hear a CEO, when faced with better-than-expected performance, try to downplay it. Yet that's just what General Electric (GE -1.31%) CEO Larry Culp did on Tuesday's Q1 2019 earnings call, in one of the most amazing comments from a CEO I've ever heard.

Here's what he said and why it matters for investors. 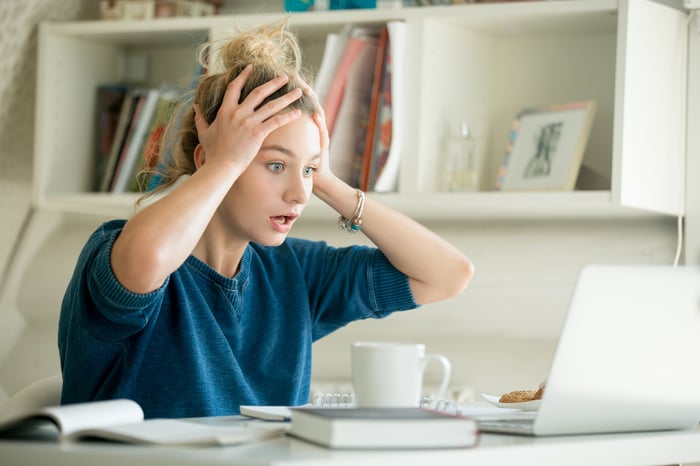 General Electric, once a top industrial stock, has been beaten down by the market. Image source: Getty Images.

Make no mistake about it: GE's Q1 2019 earnings were pretty bad. The company's troubled Power segment, which has been hurt by unfavorable market trends, brought in just $81 million in profit for the quarter. That's down a staggering 71% from the prior year. The renewable energy unit did even worse, reporting a $162 million quarterly loss. Overall, despite solid performance by the company's standout Aviation unit, GE managed to burn $1.2 billion in industrial free cash flow. Overall earnings came in at $0.14/share.

But even though things were bad, they weren't as bad as the stock market had been expecting. Analysts had predicted earnings of only about $0.09/share, so the earnings report was seen as positive, and shares jumped more than 10% from their Monday close before easing off again to close about 4.8% higher.

But you'd never know that to listen to Culp on the earnings call.

Essentially, Culp told investors that this quarter's better-than-expected performance was basically a fluke. Here's how he put it on the earnings call:

[A]s we said in March, on our outlook call, 2019 is a reset year for GE, as we make decisions and investments that will position us well for the long term, but will have near-term impact on our financial performance, particularly our cash flows. And while we have made some progress in the first quarter, delivering results ahead of our own expectations, especially on industrial free cash flows, this is largely due to timing of certain orders and customer collections we expected later in the year.

You know as well as I do that one quarter is a data point, not a trend. The guidance we provided a month ago remains unchanged. It's early in the year and this is one quarter in a multi-year transformation. In total, we are confident in our ability to deliver on our full year expectations that we laid out for you last month during the outlook call. We continue to believe that our 2020 and 2021 financial results will be meaningfully better.

In other words, don't go expecting this every quarter, folks!

The reason it's so amazing that Culp started off with the cold water is that later on the call, he confessed that he himself had seen some encouraging signs from the company. "We had higher earnings than we expected and saw some improvements in execution," he admitted. "But again, it's early," he added.

Still later on the call, he said, "In our operating reviews on our plant floors and in our job sites, I see plenty of improvement opportunities and frankly take encouragement from the early signs of progress." Wait a second: Is he optimistic or isn't he?

I have to be grateful to Culp, though, for doing a bit of my job for me. Usually, we're the ones who have to remind investors that a single quarter isn't necessarily indicative of long-term results, and that a single data point isn't a trend. Usually, a CEO will lean heavily into the positive side of things. And Culp himself has done so in the past. Check out how different his opening remarks sounded from last quarter's (Q4 2018) earnings call:

I'm here today because I believe in GE. There is no company on earth with a scale of GE's global reach, brand, talent and long-term customer relationships. We have leading technology in key infrastructure markets with high barriers to entry and strong aftermarket streams. We're poised to capture recurring revenues on a global installed base of almost 70,000 engines more than 70 -- 7,000 gas turbines and aeroderivatives, more than 40,000 onshore wind turbines and more than 4 million Healthcare Systems. In short, GE matters. We've identified clear opportunities to improve our performance and we are working to address of them at root cause.

We have the right portfolio of strategy and I'm confident the company is capable of gaining profitable share and creating long-term value for our shareholders.

Why would he suddenly put the brakes on that optimism?

Culp assumed the CEO mantle from former CEO John Flannery, who only lasted about a year in the corner office after taking over from the previous CEO, Jeff Immelt. During Flannery's tenure, it became very clear that Immelt had been presenting an overly rosy picture of GE's position to the world. Some described it as a "culture of confidence." Others referred to it as "masking the rot."

With GE's credibility basically shredded, Culp -- who joined the board after those initial 2018 projections were made and then restated -- understands that the era of the "culture of confidence" is over. So he's bending over backwards to make sure the company under his leadership is seen as transparent and honest. And clearly, if that means lowering expectations, he's willing to do it.

There's both good news and bad news for investors in Culp's comments. The good news is that Culp appears willing to sacrifice short-term stock gains in favor of honesty and transparency about GE's actual situation. The bad news is that GE's actual situation isn't all that great. If Q1 exceeded expectations, but the company's expectations for the full year haven't changed, that means the other three quarters of 2019 are likely to disappoint.

Of course, that should come as no surprise to investors, who have been repeatedly told by Culp and by CFO Jamie Miller that 2019 is a "reset year" and that the turnaround won't start in earnest until 2020...or 2021. Take Culp at his word: GE's Q1 performance hasn't changed that timeline.