Please ensure Javascript is enabled for purposes of website accessibility
Log In Help Join The Motley Fool
Free Article Join Over 1 Million Premium Members And Get More In-Depth Stock Guidance and Research
By Evan Niu, CFA – Updated May 3, 2019 at 2:14PM

The SEC has charged GT Advanced and its former CEO with fraud.

In what now seems like ancient history, long-term Apple (AAPL 0.23%) investors may remember when the company entered into a major partnership with GT Advanced in 2013, betting nearly $600 million on sapphire. It was never clear exactly how Apple had planned on using the material, which at that point in time had only been used for camera covers and Touch ID home buttons, but the most obvious possibility was supplanting Corning Gorilla Glass on the front of iPhones. Certain Apple Watches would subsequently feature sapphire cover glass.

The whole plan imploded in late 2014 when GT Advanced announced a surprise bankruptcy. 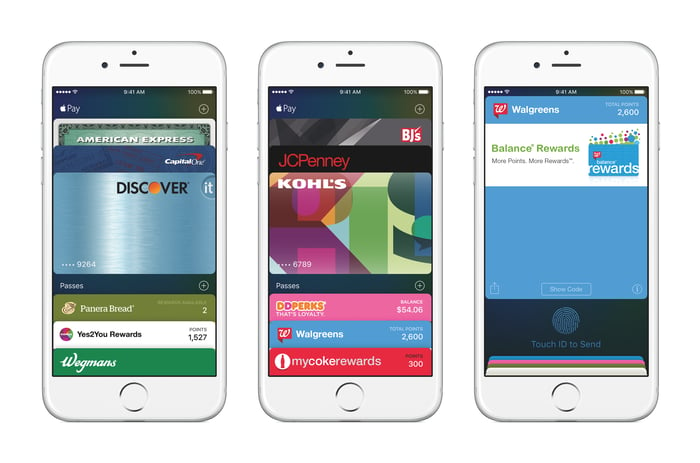 The iPhone 6 was announced in 2014 -- without a sapphire cover. Image source: Apple.

As a quick refresher, Apple was going to prepay GT Advanced $578 million in four installments that would help fund its prospective supplier's manufacturing expansion, subject to GT Advanced hitting various performance milestones associated with the deal. Those prepayments were effectively a form of debt, and GT Advanced could repay that debt with either cold, hard cash or by providing sapphire to the Mac maker. Supplier prepayments are one of Apple's preferred methods of locking in suppliers.

GT Advanced had historically manufactured sapphire furnaces for customers that wanted to produce the material, and had little meaningful experience producing sapphire itself. In other words, it was hoping to transform its entire business model as part of the partnership.

In the bankruptcy hearings that followed after it became clear GT Advanced could not deliver, the would-be supplier argued that the terms of the deal were "oppressive and burdensome" and that the only way to "extract itself from Apple's control" was to file for Chapter 11 bankruptcy protection. Apple's hardball negotiating tactics even came to light, pressuring GT Advanced senior management in order to get them to sign on the dotted line. GT Advanced tried to paint itself as a victim, framing the richest company in the world as a domineering bully that caused its downfall.

It's not quite that simple.

To be clear, Apple absolutely exerted considerable power over GT Advanced, and the partnership was structured in the iPhone maker's favor. But GT Advanced allegedly crossed a line that Apple didn't: defrauding investors.

The SEC announced today that it has charged GT Advanced -- which has since exited bankruptcy and is trying to stage a comeback -- and its former CEO, Thomas Gutierrez, with fraud. GT Advanced and Gutierrez misled investors about the company's ability to supply sapphire to Apple, according to the SEC, leading to those investors incurring substantial losses once GT Advanced filed for bankruptcy.

Regulators argue that GT Advanced misclassified over $300 million of the debt that it owed Apple, likely referring to the fact that GT Advanced recorded much of what it owed as deferred revenue instead of debt based on the assumption it would be able to deliver the sapphire. The SEC continues:

To avoid recognizing the debt as current, which would have had an immediate impact on its status as a going concern, GT took an unsupported, undisclosed position that Apple had breached part of the agreement, thus releasing GT from its performance obligations. Yet in second quarter 2014 earnings calls, then-CEO Thomas Gutierrez falsely stated that GT expected to hit performance targets and receive the fourth installment payment from Apple by October 2014. Gutierrez also provided unsupported sales projections, causing GT to misstate its second-quarter liquidity and non-GAAP earnings-per-share projections.

"GT and its CEO painted a rosy picture of the company's performance and ability to obtain funding that was paramount to GT's survival while they were aware of information that would have catastrophic consequences for the company," SEC Division of Enforcement Associate Director Anita Bandy said in a statement.

GT and Gutierrez are mostly getting away with a slap on the wrist, agreeing to a cease-and-desist order and Gutierrez paying a mere $140,000 fine without admitting any wrongdoing. The $160,000 worth of GT stock that Gutierrez sold just a month before the bankruptcy announcement should cover that penalty.