Please ensure Javascript is enabled for purposes of website accessibility
Log In Help Join The Motley Fool
Free Article Join Over 1 Million Premium Members And Get More In-Depth Stock Guidance and Research
By Travis Hoium – May 4, 2019 at 9:46AM

Apex Legends may have already peaked.

When Electronic Arts (EA 2.79%) released Apex Legends in February, it looked like the company may have had a hit on its hands. The company announced that 25 million people tried the game in its first week, and more than 2 million people had played at one time. According to data firm SuperData, the game was No. 6 in gross PC game revenue and No. 4 in consoles in its first month. It looked like Apex Legends would soon top Fortnite in popularity in a short amount of time.

The hot start didn't last, however, and Fortnite doesn't appear to be losing its crown anytime soon. For Apex Legends, an opportunity may have already come and gone. 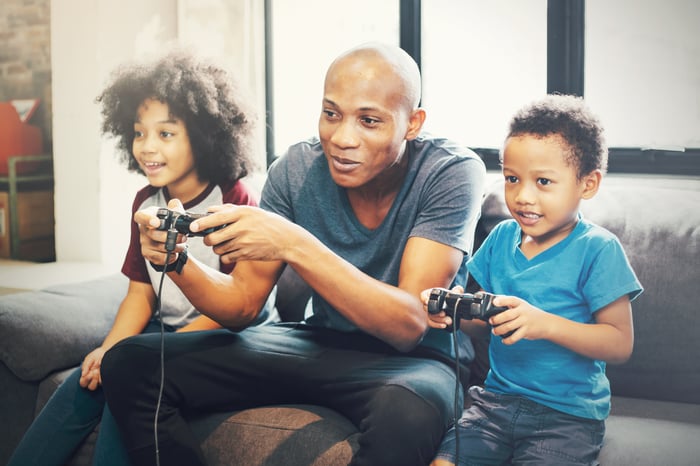 In March, Apex Legends fell to No. 9 in PC gross revenue and No. 6 in consoles. It isn't off the map, but it certainly didn't hold onto February's hot start.

It's possible that Apex Legends attracted an early audience and is now building a more durable user base that will grow slowly long-term, but I think the more likely scenario is that it's just not gaining the traction Electronic Arts had hoped. When a game becomes a hit it attracts a cult-like following, and it doesn't look like Fortnite's following is switching to Apex Legends just yet.

The downside of free to play games

The challenge for Electronic Arts is that it's offering Apex Legends as free to play, so it needs to build a big audience and then get them buying Apex Coins, the currency used to buy upgrades in the game. If a large user base forms like it did with Fortnite, the strategy can be extremely lucrative. But if a user base doesn't form, it can be difficult to ever make significant money on the millions of dollars invested in building the game.

Video game companies are trying to hit a home run with each game, and Electronic Arts was hoping it could take some of Fortnite's thunder in the battle royale format. That may not be working out as they hoped.

Where video game companies make their money is franchise titles that introduce new updates year after year. Electronic Arts is still reaping the rewards of the Madden franchise and FIFA, which is one of the most popular games in the world. Fortnite has introduced seasons that update maps and challenges regularly, keeping the game fresh and the money coming in from upgrade purchases.

Electronic Arts was hoping Apex Legends could join the popular franchises in gaming, but the quick drop from No. 6 to No. 9 in PC games and from No. 4 to No. 6 in consoles isn't a good sign for the game's future. And if the game can't attract a big audience soon, it could be a big wiff at trying to knock off Fortnite's battle royale title.