Investors can sometimes be greatly rewarded for taking on more risk in pursuit of growth stories that aren't sure things or are otherwise still in relatively early stages. This won't always be the case, but finding just a few underappreciated businesses that are built to surpass expectations and holding on through their winning streaks can deliver life-changing returns.

Read on to see why Himax Technologies (NASDAQ:HIMX) and iQiyi (NASDAQ:IQ) are stocks that have the potential to crush the market and deliver big performance for your portfolio. 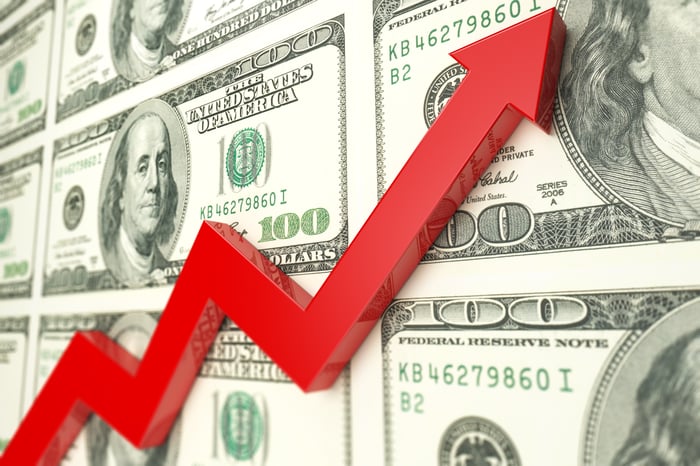 The case for iQiyi

Investors who bought or monitored Netflix stock at the beginning of its push into streaming video and watched as the company built a massive audience and delivered stellar returns for shareholders should have an appreciation for businesses built around conveniently packaged video content. With iQiyi often being referred to as "the Netflix of China" and the potential established for substantial long-term growth in the Middle Kingdom's streaming market, it should come as little surprise that there's been a lot of hype around iQiyi stock.

Shares hit the market priced at $18 last March when the company split from Chinese search-and-digital advertising leader Baidu. They quickly climbed as high as $46 before being cut down following earnings reports that showed mounting losses and an ebb in investor enthusiasm for Chinese tech stocks related to slowing economic growth in the country. 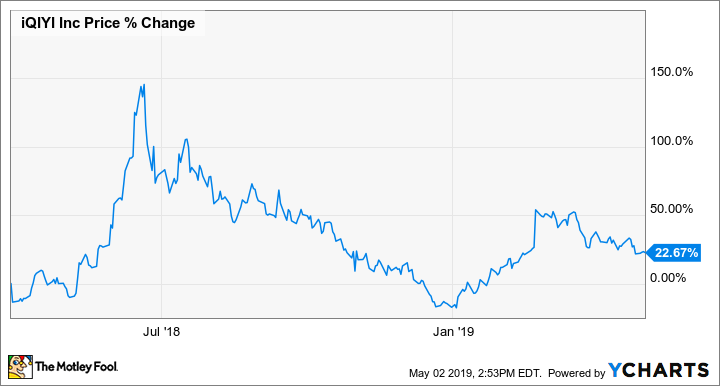 Taking a cautious approach to hype tends to be good practice when dealing with the tech space, but much of the hype for iQiyi is justified.

The opportunities inherent to being a "Netflix of China" are part of the reason why I think that the company will go on to deliver strong performance, significantly surpassing its previous stock-pricing high. There's plenty to like about iQiyi beyond the subscription-video core implied by the frequently used comparison to Netflix. The company's business revolves around four core segments: its ad-based video services, premium video, other revenue (including from video games), and distribution of its content overseas. The table below illustrates each segment's annual growth in fiscal 2018.

The subscription-based membership services segment has become the core of the company's growth engine and looks to be in great shape. iQiyi is posting encouraging momentum across its businesses and has promising opportunities for long-term expansion in each of these segments. The company has a market capitalization of roughly $16.7 billion and trades at about 3.4 times this year's expected sales.

The business is still in growth mode, which means spending big to build an expanded audience that will be its future sales base. It also means investors should approach the stock knowing that the business probably won't post profits for the next couple years. That said, iQiyi's current price-to-sales multiple actually presents an attractive valuation and an entry point for patient investors who see promise in China's streaming and multimedia markets. The smart marriage of content and technology on its platform, as well as strengths and opportunities stemming from its relationship with A.I. and advertising leader Baidu, could make the company a big winner for shareholders who play the long game.

Why Himax Technologies is a buy

Roughly 80% of Himax Technologies sales last year came from display-driver chips that are used to control the color of pixels on television and mobile screens and automotive displays. However, the bull thesis on Himax stock over the past couple of years has mostly hinged on expanding its machine-vision solutions business -- namely, getting its 3D-scanning chips in Android devices and winning additional contracts in Apple handsets.

Adoption for the scanning technology has been slower than anticipated, and other opportunities tied to the development of the augmented-reality and virtual-reality markets have been slow to materialize. That's put a significant damper on performance and confounded Himax bulls. 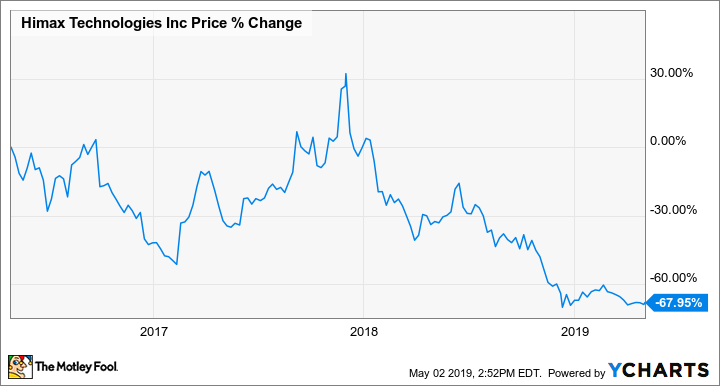 Himax stock now trades in the neighborhood of a five-year low. And while it's not a low-risk investment, it is one that sports an attractive risk-to-reward dynamic for growth-focused investors. The chip company is valued at just three-quarters of the average analyst sales target for this year, yet it trades at 73 times this year's expected earnings. The disparity of the low price-to-sales ratio and sky-high price-to-earnings ratio highlights the drag caused by developing the chips that will diversify the company out of the display-driver business and power its next growth stages.

That said, the display-driver market still looks relatively solid for Himax even if it could become more competitive. And between its solutions for facial scanning and other machine vision solutions and display opportunities in augmented-reality and virtual-reality headsets and smart cars, the company has feasible growth avenues in some very promising tech categories that haven't quite taken off yet.

The company also pays a dividend, although its payout amounts have tended to be erratic. Investors seeking dependable payout growth will have to look elsewhere, but the returned-income component is one more positive in Himax's column. It could turn into a bigger one if the company secures new design wins that boost the cash that's available to pass on to shareholders. It's not unreasonable to think that the 3D-scanning promise could finally become reality within the next couple of years, and risk-tolerant investors have an opportunity to build a position in Himax at opportune prices.