Please ensure Javascript is enabled for purposes of website accessibility
Log In Help Join The Motley Fool
Free Article Join Over 1 Million Premium Members And Get More In-Depth Stock Guidance and Research
By Eric Volkman – May 7, 2019 at 6:11PM

Earnings season giveth, and it taketh away -- at least in post-market trading.

Following a rather down day on the markets, after-hours trading was more or less evenly divided between leaders and laggards. In the former category we can definitely place Electronic Arts (EA -1.52%), which pleased with some better-than-expected metrics and strong estimates for its coming fiscal year.

On the down side, after-hours traders didn't seem to like some of the numbers from Sprint (S), or from Lyft's (LYFT -4.76%) first earnings release as a publicly traded company. 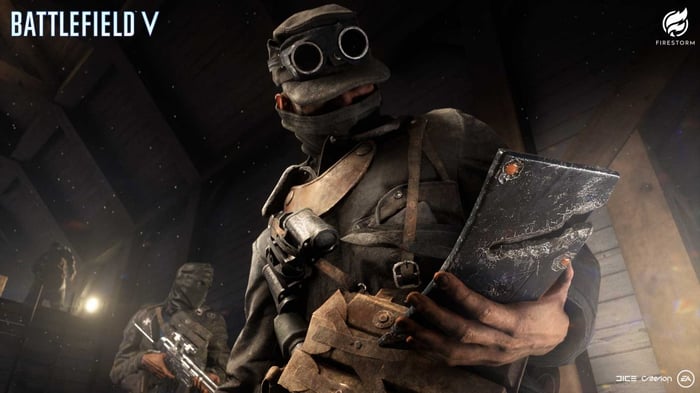 Electronic Arts was a popular buy after hours, in spite of declines in headline fundamentals. The company's revenue sank by 22% on a year-over-year basis to $1.24 billion in the quarter, on the back of slumping sales and competition mainly from the Epic Games title Fortnite.

However, net bookings rose to $1.36 billion from the Q4 2017 tally of $1.26 billion, well above the $1.2 billion analysts were expecting. The company also released 2020 forecasts that far exceed those of the prognosticators. it's projecting full-year 2020 net bookings to reach $5.1 billion, with net income coming in at $2.6 billion.

Electronic Arts believes its live services offerings will continue to attract players. It specifically mentioned The Sims 4, Battlefield V, and the recently released Apex Legends, among others, as titles attractive for this demographic.

Electronic Arts was one of the top after-hours gainers, with its share price rising 7% as of this writing on significant volume.

Meanwhile, in the after-hours bear cage, investors seem to be hanging up on Sprint. The company reported Q4 and full-year 2018 results that investors didn't like.

For the quarter, revenue rose by 4% year over year to $8.4 billion. The bottom line went in the other direction, flipping to a loss of almost $2.2 billion, or $0.53 per share, from a year-ago profit of $69 million.

Analysts had expected just $8.2 billion in revenue but were modeling a bottom-line loss of only $0.02.

Being No. 4 in a hotly competitive market stuffed with well-capitalized peers is tough. Sprint revealed that it had shed roughly 189,000 postpaid customers, the highest defection figure in several years, and far exceeding the approximately 50,000 loss analysts had projected.

Sprint is hanging on to hope that regulators will approve its long-developing merger with T-Mobile US. Sprint has warned that the tie-up is crucial to its survival. Perhaps this quarter's showing will bolster that argument.

Regardless, the number of believers in Sprint's stock seems to be eroding. The shares were down 3% after market hours.

Rounding out the big names reporting quarterly earnings, we have Lyft's inaugural set of results.

The company's Q1 of 2019 saw revenue of $776 million, almost double the same period of fiscal 2018. To absolutely no one's surprise, Lyft reported a shortfall on the bottom line; its adjusted net loss for the quarter was just shy of $212 million, or $9.02 per share. That was narrower than the year-ago loss of $234 million.

Both line items were a fairly long ride away from what analysts had been projecting. On average, they anticipated $740 million in revenue but a per-share adjusted net loss of only $3.77.

On a conference call with analysts, Lyft CFO Brian Roberts waxed optimistic about the company's proximate future. He said Lyft saw a "clear path of profitability and ridesharing," adding that this fiscal year is expected to be its "peak loss year."

That bullishness didn't feed through to investor sentiment, although the stock wasn't being sold off too heavily. It was down by only 1% in post-market trading.