Please ensure Javascript is enabled for purposes of website accessibility
Log In Help Join The Motley Fool
Free Article Join Over 1 Million Premium Members And Get More In-Depth Stock Guidance and Research
By Timothy Green – May 7, 2019 at 5:10PM

The company’s EPYC server chips and Radeon Instinct GPUs will be the brains behind the fastest supercomputer in the world.

The last time Advanced Micro Devices (AMD 3.05%) managed to get its chips into a major supercomputer was in 2012. The Titan supercomputer, installed at Oak Ridge National Laboratories in that year, was powered by AMD's server CPUs but featured GPUs from rival NVIDIA.

Titan was delivered just as AMD entered a multiyear period of slumping revenue and big losses. The company soon became a non-factor in the server chip market, with Intel's unit market share peaking close to 100%.

That painful decline for AMD is now in the history books, with new products launched in the past few years vastly improving the company's competitive position. AMD has gained share in the server chip market with its EPYC processors, and more share gains are likely as the company prepares to roll out the second-generation version of EPYC later this year.

AMD's products have become good enough that Oak Ridge is tapping the company to supply both CPUs and GPUs for its upcoming Frontier supercomputer. Frontier, which will be about seven times more powerful than the current fastest supercomputer in the world, is scheduled to be delivered in 2021. 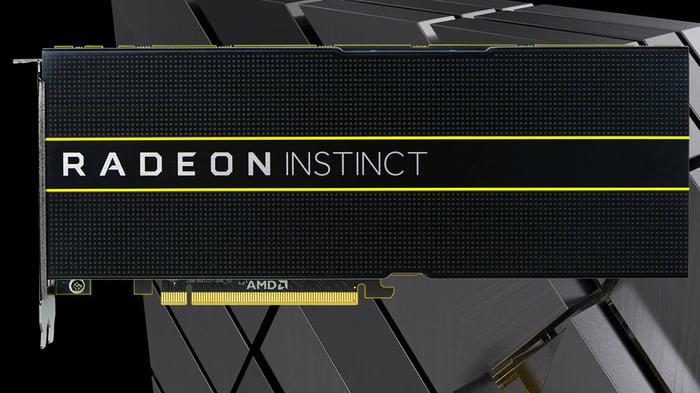 Powered by EPYC and Radeon

AMD will team up with Cray to build Frontier, which will be by far the fastest supercomputer in the world when it's turned on. Frontier is expected to have 1.5 exaflops of processing power -- that's 1.5 quintillion, or 1.5 billion billion, floating-point operations per second.

The current fastest supercomputer is Summit, which is also at Oak Ridge. Summit was delivered last year and is powered by IBM's Power9 processors and NVIDIA's GPUs. With peak processing power of about 200 teraflops, Summit will be vastly outmatched by Frontier.

Also set to be delivered in 2021 is Aurora, an Intel-powered supercomputer to be installed at Argonne National Laboratory. That system will have a processing power of 1 exaflop.

The Frontier deal is valued at more than $600 million, including the main system, multiyear support, and technology development. It will use a custom version of AMD's EPYC CPU, based on a future version of the underlying architecture, as well as a custom variant of AMD's Radeon Instinct GPU. The system will have a 4-to-1 ratio of GPUs to CPUs, linked by AMD's Infinity Fabric interconnect technology.

"Frontier will feature custom CPU and GPU technology from AMD and represents the latest achievement on a long list of technology innovations AMD has contributed to the Department of Energy exascale programs," said Forrest Norrod, SVP and general manager of AMD Datacenter and Embedded Systems Group.

AMD likely won't recognize much revenue from this deal until the system starts being delivered, but the win could help raise the profile of AMD's server products among potential customers. AMD had a 3.2% unit share of the x86 server chip market in the fourth quarter of 2018, with Intel taking the rest. That's up from just 0.8% in the last quarter of 2017, but it's still a tiny slice of the pie.

NVIDIA dominates the market for data center GPUs, generating about $3 billion annually from its data center segment. AMD can make inroads there, too, although NVIDIA may not be as vulnerable as Intel.

The years following AMD's previous supercomputer win were disastrous for the company. But the Frontier deal comes at what looks like the early innings of AMD's comeback. Exactly how much market share it's able to steal remains to be seen. But this new supercomputer is certainly a piece of good news for the company.