German luxury-vehicle maker BMW (OTC:BAMXF) (OTC:BMWYY) said on May 7 that its first-quarter operating profit declined 78%, to 589 million euros ($659 million), on increased pricing pressures and an accounting provision for a hefty potential fine related to a European Union antitrust action. 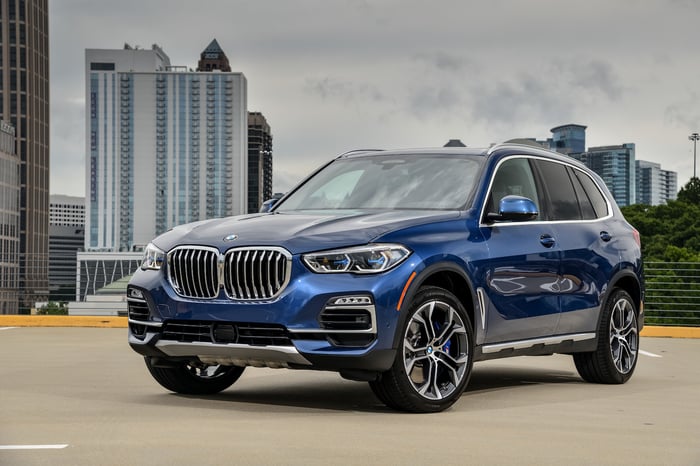 Why BMW's profits dropped so sharply

BMW is anticipating a hefty fine from the European Commission related to an ongoing antitrust proceeding. In a nutshell, the commission is expected to conclude that BMW and other European automakers colluded by keeping certain emissions-filtering technology to themselves.

BMW strongly disputes the allegations. But it said that accounting standards compelled it to hold about 1.4 billion euros in reserve, in anticipation of a likely fine.

In other results from the quarter:

What management said about full-year guidance

"Our financial strength enables us to continue investing in the future, even in a difficult external business environment," CFO Nicolas Peter said. "As long as conditions do not deteriorate significantly, we expect that the full financial year 2019 will develop in line with our guidance."

The full-year guidance that BMW presented in March calls for a "slight" increase in auto deliveries versus 2018, a "solid" increase in motorcycle deliveries, and a result for its financial-services unit that is "on par" with its good 2018 profit.

BMW said in March that it expected its full-year pre-tax earnings to be "well below" the 9.82 billion euros it earned in 2018. That's still true, Peter said, but he noted that those earnings will be hurt by the antitrust fine  provision as well.