Please ensure Javascript is enabled for purposes of website accessibility
Log In Help Join The Motley Fool
Free Article Join Over 1 Million Premium Members And Get More In-Depth Stock Guidance and Research
By Scott Levine – Updated May 7, 2019 at 9:33PM

This gold miner ended April a lot less lustrous than when it began.

Shares of Pretium Resources (PVG), a global leader in gold mining, dropped more than 11% last month, according to data from S&P Global Market Intelligence. Movements in the stock prices of gold miners are closely correlated with the rise and fall of the price in gold in general, so the stock's decline is unsurprising considering the price of the metal fell 1.1% last month.

While there were no specific news events that further contributed to the stock's decline, the market price of gold wasn't the only force motivating investors to act last month. Investors most likely lost interest in the yellow metal amid signs of a strengthening U.S. economy. 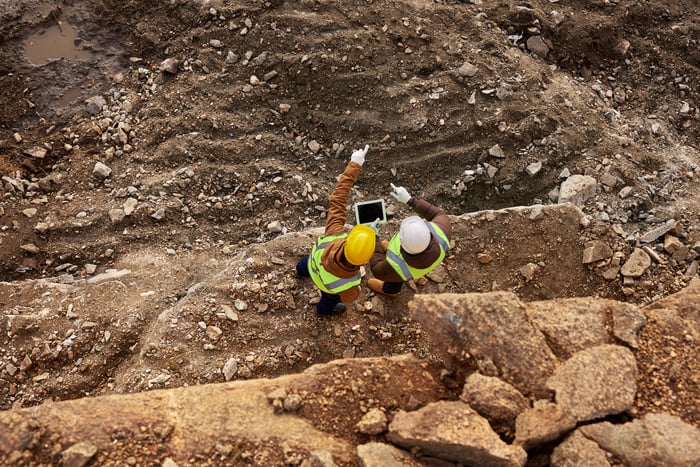 Whereas the falling price of gold wasn't the only factor affecting the drop in Pretium's shares, the close correlation between the market price of the metal and the movements of miners is one worth remembering. Over the past six months, for example, the price of gold has dropped 6.1% while shares of the VanEck Vectors Gold Miners ETF have fallen 6.8% during the same period. The drop in Pretium's stock, therefore, is understandable -- however, it was likely compounded by investors' anxiety regarding the company's early May announcement of its Q1 2019 earnings. While Pretium's management is optimistic about the company's prospects in 2019, the first half of the year is expected to be a little less lustrous, marked by a period during which the company is expected to report a lower gold grade than the 10.4 grams per metric ton that Pretium is forecast to average for the full year.

Oftentimes, investors will turn to gold when they sense market volatility or another source of uncertainty. Conversely, signs of a strong economy -- like low unemployment and a strengthening dollar -- will frequently lead investors to turn their backs on the yellow stuff. And, in April, both of these indicators were readily apparent. While February showed tepid jobs growth, the employment report released in early April revealed strong growth, exceeding economists' expectations, while the U.S. added 196,000 jobs in March.

In addition, the U.S. dollar index, which measures the U.S. dollar against several foreign currencies and provides insight into how the rest of the world perceives the U.S. economy, rose in April, reaching its highest mark since June 2017. With a dollar apparently growing stronger in April, it's no wonder that gold-oriented stocks like Pretium suffered.

For investors with exposure to gold, it's imperative to recognize -- if they don't already -- that dips in the price of gold mining stocks are part and parcel of the market's whims, including signs of a strengthening U.S. economy. Therefore, while Pretium's downward slide may come to the chagrin of investors, it shouldn't raise any red flags. Instead, investors should more heavily weigh the company's progress in developing the Brucejack mine, the company's sole operating asset.