Please ensure Javascript is enabled for purposes of website accessibility
Log In Help Join The Motley Fool
Free Article
Join Nearly 1 Million Premium Members And Get More In-Depth Stock Guidance and Research
By Dan Caplinger – May 8, 2019 at 8:04AM

Despite big uncertainty in the aerospace market, the components supplier saw renewed growth.

For years, the aerospace industry has rocketed higher, with airlines and other purchasers of aircraft seeking to modernize their fleets and improve their efficiency. That's been good news not just for the primary manufacturers of aircraft but also for companies like TransDigm Group (TDG 0.33%) that supply the components and systems that go into those new airplanes. TransDigm's long-term success has been impressive, but with recent tragedies hitting one of its most important customers, new worries have arisen about the company's ability to sustain its past growth rates.

Coming into Tuesday's fiscal second-quarter financial report, TransDigm investors were still looking for the company to find a way to keep growing strongly. TransDigm didn't disappoint, and its results show just how resilient the aerospace industry is likely to be even as questions about safety and reliability of some of its newest models have gotten louder. 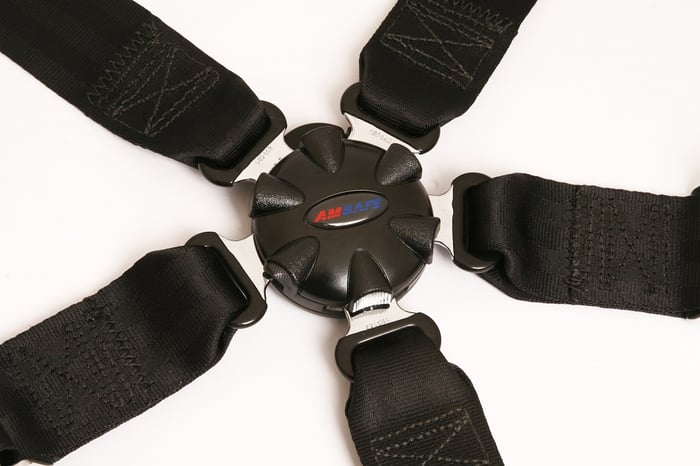 TransDigm Group's fiscal second-quarter results were exceptionally good. Sales of $1.2 billion climbed 28% from year-ago levels, and that not only beat last quarter's growth rate by more than 10 percentage points but also exceeded what most of those following the stock had expected from TransDigm. Similarly, adjusted net income came in at $237 million, higher by 12% over the same period, and the resulting adjusted earnings of $4.21 per share came in well above the consensus forecast among investors.

A big part of the gains for TransDigm during the quarter reflected the recent acquisition of Esterline Technologies. Even though the two companies were combined for just 17 days during the fiscal second quarter, TransDigm said that its results included $122 million in revenue and $27 million of adjusted pre-tax operating earnings from the acquired unit.

Yet TransDigm saw healthy levels of growth come from its own legacy operations. Organic sales climbed 11%, with acquisitions other than Esterline contributing between 3 percentage points and 4 percentage points to the company's overall top-line growth rate.

In order to close the Esterline purchase, though, TransDigm had to take on considerable new debt. The company said that it sold $4 billion in seven-year notes and $550 million in subordinated eight-year notes at interest rates of 6.25% and 7.5%, respectively. That dramatically lifted interest expense by roughly 25%, and investors can expect even larger increases once future financial results include full interest payments over an entire period.

Can TransDigm keep getting ahead?

CEO Kevin Stein kept his comments relatively simple. "We are pleased with our second-quarter results," Stein said, "and the strength of our base business." The CEO went into some detail about the balance between the existing successes from TransDigm's legacy businesses and the new opportunities from its recent acquisitions, concluding that both should contribute to continued positive momentum.

As a result of having closed on Esterline, TransDigm updated its guidance. The company now expects to see sales of $5.395 billion to $5.485 billion, up $1.25 billion from its previous projections. Although GAAP net income is likely to take a hit because of the lower-margin business that Esterline will bring into the combined company, TransDigm boosted its adjusted earnings projections to a new range of $16.47 to $17.15 per share. That's $0.05 per share higher than it was last quarter, and it acknowledges just how well TransDigm's core businesses have done lately.

TransDigm shareholders were generally pleased with the news, although gains in the stock price early in the session on Tuesday following the announcement gave way to a broader market sell-off. The good news for investors is that at least so far, pressure on aircraft manufacturers hasn't yet translated into weaker performance for suppliers like TransDigm. If that can continue, then the company's strategic moves could pay off with even better numbers in the future.