Please ensure Javascript is enabled for purposes of website accessibility
Log In Help Join The Motley Fool
Free Article Join Over 1 Million Premium Members And Get More In-Depth Stock Guidance and Research
By Demitri Kalogeropoulos - May 8, 2019 at 8:48AM

Laser-technology specialist IPG Photonics (IPGP 1.70%) outperformed the market last month as the stock gained 15%, compared to a 4% jump in the S&P 500, according to data provided by S&P Global Market Intelligence. The rally put shareholders well above the market so far in 2019, with the stock up over 40%.

IPG announced mixed quarterly results late in the month. Sales fell 12% on weakness in several niches including laser cutting and 3D printing. Profitability declined sharply, too. However, both the top- and bottom-line results were better than Wall Street had expected. 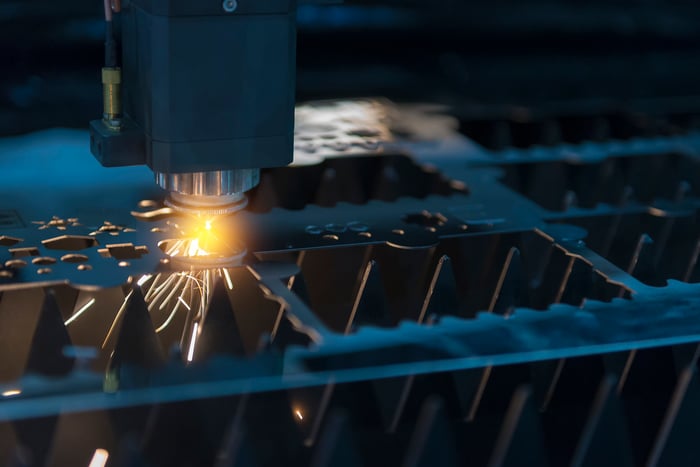 Management said that it's seeing encouraging demand momentum building in the key China market, although pricing remains weak there and laser tech sales are under pressure in other areas such as Europe. Still, IPG believes industry conditions will rebound starting in the second half of fiscal 2019.

Investors should brace for volatility in actual operating results and in that full-year forecast, though, since conditions might change and IPG still hasn't received concrete order plans from one of its largest customers.