Please ensure Javascript is enabled for purposes of website accessibility
Log In Help Join The Motley Fool
Free Article Join Over 1 Million Premium Members And Get More In-Depth Stock Guidance and Research
By Rich Smith - May 8, 2019 at 4:08PM

Perpetually imperiled trucking stock YRC Worldwide (YELL 7.50%) took a tumble on Wednesday, closing the day down 18% after reporting a huge first-quarter 2019 loss -- about twice as bad as Wall Street had predicted. 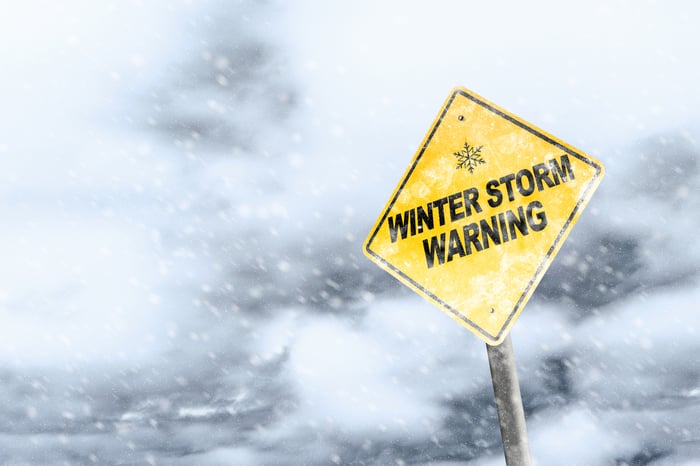 YRC recorded a 2.5% decline in sales in Q1, $1.18 billion. Rising fuel costs combined with weaker sales to expand the company's operating loss, when compared with last year's Q1. Even with income tax credits offsetting some of the operating losses, this ended up costing YRC $1.48 per share in losses on the bottom line, more than three times as bad as last year's Q1 2018 loss.

In part, CEO Darren Hawkins blamed "severe winter weather events" for the company's disappointing results, noting that "approximately half of the 63-day quarter was impacted by weather events for both YRC Freight and our largest Regional carrier, Holland." At one point in late January, Hawkins said, "more than 25% of [Holland's] network was down or severely limited."

To right the ship, Hawkins says he'll be prioritizing "yield over tonnage" (i.e., profitability over sales) over the rest of this year. Hawkins also noted that the company recently secured a new national labor agreement with its drivers, which should help eliminate "customer concerns" that he said also affected Q1 results.

Analysts are optimistic that this will do the trick, predicting YRC will return to profitability ($0.55 per share) in Q2. Judging from today's trading action, however, it appears shareholders are not yet convinced.