Please ensure Javascript is enabled for purposes of website accessibility
Log In Help Join The Motley Fool
Free Article Join Over 1 Million Premium Members And Get More In-Depth Stock Guidance and Research
By Joe Tenebruso – May 9, 2019 at 10:21AM

The beer titan may sell a stake in its Asia-Pacific business to foster dealmaking.

Anheuser-Busch InBev (BUD -3.97%) reported first-quarter financial results on May 7. The world's largest brewing company announced that it's exploring a potential IPO of its Asian operations as a means to accelerate its debt reduction plans and renewed growth in the region.

During a conference call with analysts, CEO Carlos Brito highlighted the strong performance of AB InBev's Brazilian operations as a key growth driver:

We're very pleased with our results from Brazil, both in beer and non-beer. We have outperformed the market with double-digit volume growth. We also grew volume across all segments of our beer portfolio.

Management also noted that AB InBev's market share trends in the U.S. continue to improve. "Leveraging the momentum built throughout last year, top-line growth in [the first quarter] was supported by our best market share trend performance in the past 25 quarters, with an estimated market share decline of only 10 basis points," the company said in a press release. 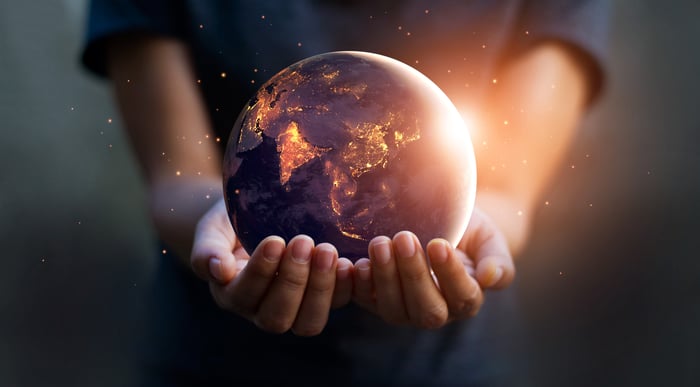 Anheuser-Busch InBev also announced that it's thinking of listing a minority stake in its Asia-Pacific (APAC) division on the Hong Kong Stock Exchange. The business could be worth as much as $70 billion, and the share sale might raise $5 billion for AB InBev, according to Bloomberg.

The brewing titan could use the proceeds to accelerate its deleveraging plan. AB InBev has more than $100 billion in debt after its blockbuster acquisition of rival SABMiller in 2016. But the company has been paying down its debt, with the long-term goal of getting its net debt-to-EBITDA ratio down to 2 from 4.6 at the end of 2018.

Management noted that AB InBev remains on track to bring its net debt down to less than four times EBITDA by 2020, regardless of whether it moves forward with the listing. But the beer giant also suggested that an initial public offering of its Asian operations could help it further consolidate the region's brewing industry.

"The merits of this initiative are based upon the creation of an APAC champion in the consumer goods space," the company said. "Furthermore, our superior portfolio of brands and leadership position in the beer industry provide an attractive platform for potential M&A in the region."