Please ensure Javascript is enabled for purposes of website accessibility
Log In Help Join The Motley Fool
Free Article Join Over 1 Million Premium Members And Get More In-Depth Stock Guidance and Research
By John Rosevear - Updated May 10, 2019 at 7:44AM

The company expects better margins in the year ahead as cost cuts take hold.

Honda Motor Company Ltd. (HMC 2.27%) said that its operating profit fell by two-thirds in the quarter ended March 31, 2019, to 42.3 billion yen ($385.6 million), as unfavorable exchange-rate swings and the costs of a European restructuring more than offset gains from cost reductions and increased auto sales.

Like many Japanese companies, Honda uses a fiscal year that runs from April 1 through March 31. The quarter that ended on March 31, 2019 was the fourth quarter of Honda's 2019 fiscal year.

Honda reports its financial results in yen: As of May 8, $1 equaled about 110 yen. 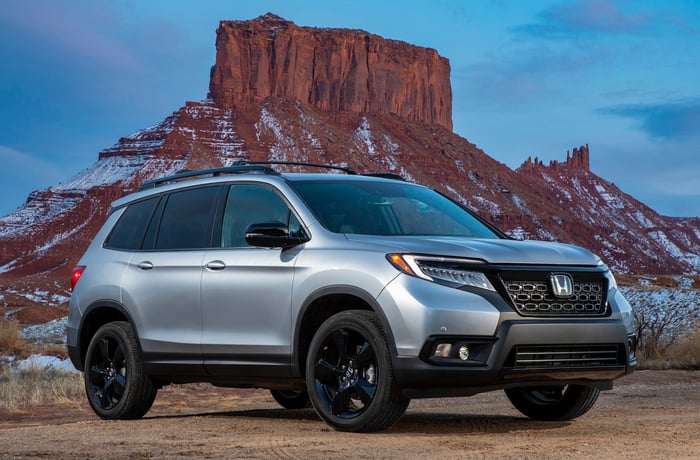 Results in this section are presented on an operating basis.

CEO Takahiro Hachigo said that Honda will continue with its effort to make the most of its manufacturing capacity. That may mean more plant closings in some parts of the world.

But in North America, Honda is taking a different approach. According to Hachigo:

For our business in North America, while keeping pace with sales expansion, we enhanced our model lineup and established a flexible production system where our plants sometimes produce various models in duplication to accommodate changes in market demand. However, as a result of the pursuit of high flexibility, an increase in the investment amount and a decline in production efficiency started to become an issue.

Hachigo said that Honda will discontinue some models and trim versions to streamline manufacturing and reduce costs while it begins moving its vehicles to a new shared, modular architecture.

Looking ahead: Honda's guidance for fiscal 2020

Honda's forecast for the upcoming fiscal year calls for a small increase in motorcycle sales, a somewhat larger (3.1%) decline in global auto sales -- and a boost in profitability driven by ongoing cost-reduction efforts. Specifically, Honda expects: