Please ensure Javascript is enabled for purposes of website accessibility
Log In Help Join The Motley Fool
Free Article Join Over 1 Million Premium Members And Get More In-Depth Stock Guidance and Research
By Asit Sharma – May 9, 2019 at 1:30PM

In the company's transformational merger, deal synergies will be offset by integration costs in the short term.

Bigger may take some time to be better for Marriott Vacations Worldwide (VAC -0.53%). The upside of its acquisition of fellow resort and time-share giant ILG in November 2018 has manifested as an appreciable boost to market share and a doubling of revenue. But as first-quarter 2019 earnings results released on May 7 demonstrate, the downside is a temporary drag on earnings, which we'll discuss in detail below. In the following discussion, note that all comparable numbers refer to the prior-year quarter.

What happened with Marriott Vacations Worldwide this quarter? 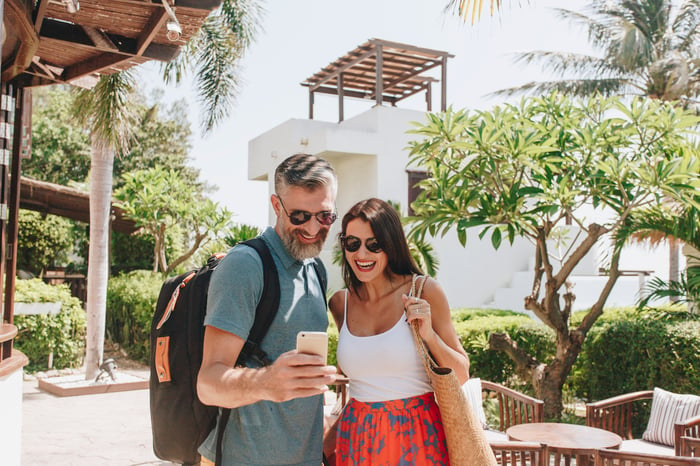 During the company's earnings conference call, CEO Steve Weisz noted that robust growth in legacy Marriott Vacations business would be offset by lower legacy ILG revenue in the first half of the year. Weisz observed that the organization is currently implementing Marriott Vacation Worldwide's revenue strategies across the ILG legacy Hyatt and Vistana time-share businesses. Some of the relatively depressed contract sales levels in the ILG time-share business resulted from deliberate action in the first quarter, as Weisz explains below:

For example, we significantly modified a legacy Vistana financing program for buyers with FICO scores below 600. While the program previously generated incremental contract sales, the average delinquency rate on those sales was significantly higher than the rest of the portfolio.

We modified the program to continue sales to these buyers but requiring a significantly higher cash down payment. We estimate that this program change alone accounted for roughly one-third of the decline in VPG [value per guest; a measure of sales efficiency in the time-share industry] in the quarter. While negatively impacting the top line, we believe this change is in the best interest of the company longer term. We continue our work [to] grow Vistana's contract sales in VPG over time to levels closer to those achieved by Marriott Vacation Club as we focus on best practices in more efficient and profitable marketing channels.

Management lowered its 2019 earnings outlook due to its estimate of future spending tied to ongoing ILG integration efforts. Marriott Vacations Worldwide now expects full-year revenue to land between $219 million and $233 million, against a previous range of $243 million to $257 million. Diluted earnings per share (EPS) are anticipated to fall between $4.76 and $5.07 in 2019, versus last quarter's guidance of $5.21 to $5.52.

Since significant integration costs are removed in adjusted numbers, Marriott Vacations' full-year adjusted EPS has seen a slighter revision, from $7.23 to $7.83 to a new range of $7.33 to $7.94. Whether via reported or adjusted numbers, however, it's clear that the organization has a few quarters of escalated costs ahead before it can truly optimize the impact of the ILG transaction.

1 Travel Stock to Watch as the Economy Recovers