Please ensure Javascript is enabled for purposes of website accessibility
Log In Help Join The Motley Fool
Free Article Join Over 1 Million Premium Members And Get More In-Depth Stock Guidance and Research
By Keith Noonan – May 9, 2019 at 4:21PM

The cybersecurity stock continues to be volatile but posted big gains over the last year.

Shares of Fortinet (FTNT 0.43%) gained 11.3% in April, according to data from S&P Global Market Intelligence . The cybersecurity company's stock climbed in the lead-up to its first-quarter earnings release early in May, but shares lost momentum after guidance delivered in conjunction with the earnings release came in lower than expected. 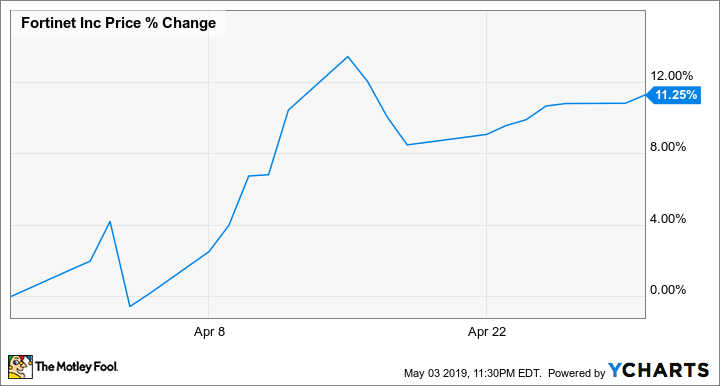 The cybersecurity industry has been heating up as businesses accelerate their digital transitions and a wide range of new devices and applications are dramatically increasing the amount of networked data. That's been a boon to firewall and security hardware and software provider Fortinet, and a source of tailwinds that have helped its stock climb more than 40% over the last year -- even as shares have seen a recent pullback. 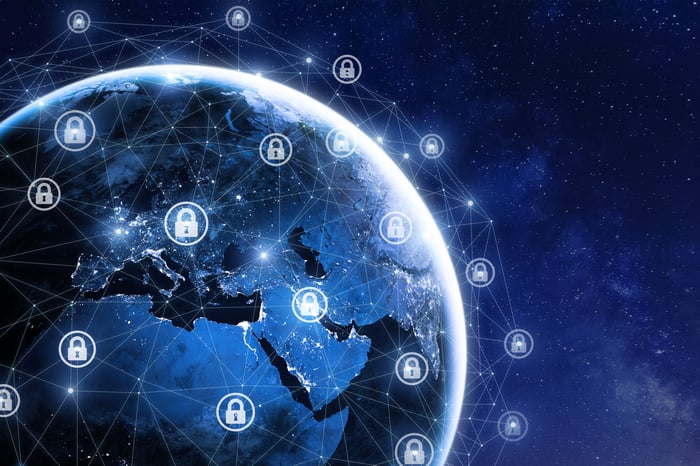 April was light on big news for Fortinet, but shares continued to gain ground thanks to momentum for the broader market and excitement surrounding the company's early May first-quarter earnings. The cybersecurity company posted strong fourth-quarter results in February that created stock-price momentum and increased anticipation for the company's first-quarter earnings publication on May 2.

Sales for the first quarter climbed 18.4% year over year to reach $472.6 million, net income rose 41.3% to reach $58.8 million, and earnings per share rose roughly 39% to come in at $0.46. Sales narrowly topped the average analyst estimate's revenue target and earnings blew by the target for per-share earnings of $0.38, but analysts wanted more from the company's 2019 guidance.

Fortinet shares have lost ground following the company's first-quarter earnings release, trading down 9% in the month so far. 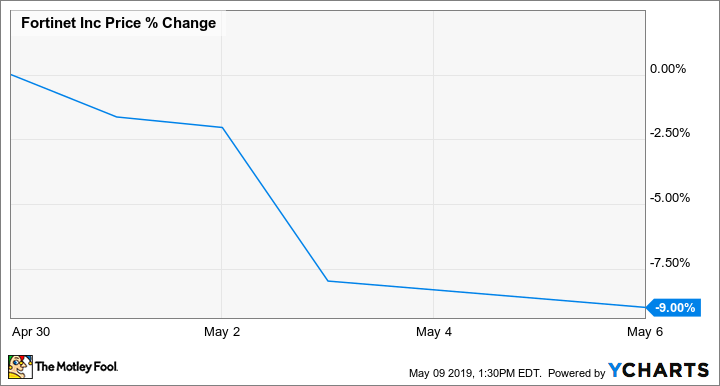 Weaker-than-anticipated guidance for the current quarter was followed by a Citi Research analyst changing his rating on the stock from neutral to sell. The company's guidance actually looked pretty solid, but the market expected more. Taken in conjunction with a downgrade coming from a high-profile firm, the gulf between expectations and management's actual guidance prompted a significant sell-off. Fortinet has indicated that the ongoing trade standoff between the U.S. and China has not destabilized its business, but last-minute difficulties in negotiations after the two countries appeared to be making progress on an agreement are likely also pressuring the stock.

Taking a longer view, the trends that have contributed to increased cybersecurity demand are likely to continue for the foreseeable future. A favorable industry-level operating backdrop doesn't guarantee that Fortinet will continue to be successful, but the essential nature of the products and services suggest that the space will be able to support a variety of winners in different niches and scales.