Please ensure Javascript is enabled for purposes of website accessibility
Log In Help Join The Motley Fool
Free Article Join Over 1 Million Premium Members And Get More In-Depth Stock Guidance and Research
By Dan Caplinger - May 10, 2019 at 7:34AM

The debt-collection specialist ramped up its bets again with big asset purchases.

People who owe money typically think debt collectors are the worst, with some using sleazy tactics to try to get debtors to pay up. But for PRA Group (PRAA -2.35%), debt collection is a profession, and the company has worked hard to build up its assets in order to use economies of scale to boost its efficiency and prepare for the next cycle of rising debt in the global economy.

Coming into Thursday's first-quarter financial report, PRA Group investors wanted to see more growth in revenue, and they were willing to sacrifice earnings growth to get it. PRA Group did exactly that, and although that resulted in falling net income, the debt collector made massive investments to become an even bigger player in the debt-collection industry. 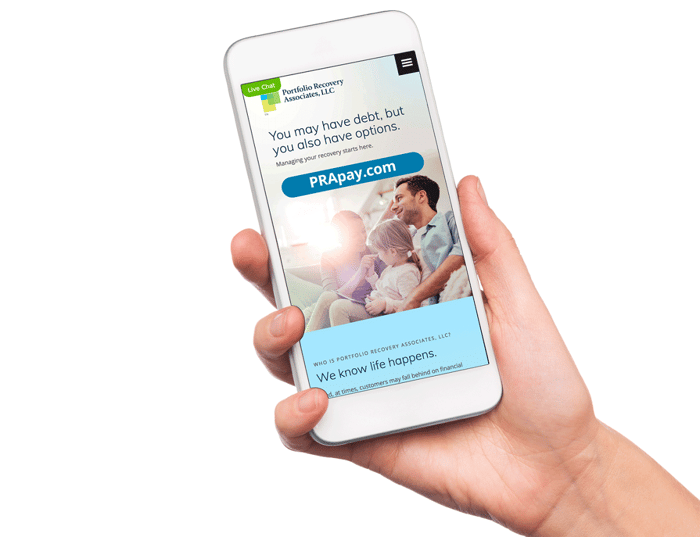 PRA Group's first-quarter results were mixed. The debt collector had revenue of $245.9 million, up 10% from year-ago levels and slightly better than the 9% growth rate that most of those following the stock were looking to see. Net income of $15.2 million was down 28% over the same period, but earnings of $0.34 per share came in just ahead of the consensus forecast among investors for $0.33 per share.

Fundamentally, PRA Group kept working to boost the size of its overall business. Global cash collections climbed 8%, to $461.2 million, hitting another record. The debt collector cited a more than 30% jump in cash collections in the U.S. driven by legal action, and a 9% rise in call center and other cash collection domestically also added to growth. Even with that work, PRA Group still has $6.26 billion left to collect, rising by $114 million over just the past three months.

PRA Group also spent a lot of money acquiring new debt-collection assets. The company spent $318.8 million on receivables during the quarter, with more than half of that going to bolster the company's core business in the Americas. Europe also got a reasonable chunk of that investment for its own core operations, while insolvency-related assets made up a relatively small portion of the total. PRA Group also acquired the Canadian operations of Resurgent Holdings to add to its exposure as a wholly owned subsidiary of the company's Canadian unit.

CEO Kevin Stevenson believes that PRA Group has earned its strong performance. "Our investments over the last few years continue to pay off," Stevenson said, "with record cash collections in the first quarter." The CEO also pointed to good performance in Europe, where currency pressures masked some of the fundamental growth that the business there enjoyed.

What's ahead for PRA Group?

PRA Group sees favorable conditions that could help to promote even further growth. As Stevenson described it: "We were encouraged by our investment levels in Europe, which continues to have healthy levels of supply. We have seen some pricing improvement in select markets, and as a result, our investment was spread across more countries in Europe than in prior quarters."

The big question for PRA Group is whether the anticipated global economic slowdown will lead to a change in business conditions for the debt collector. Extremely low interest rates have limited the pressure on borrowers because they've generally been able to get favorable terms that aren't as onerous as in more typical situations. If economic woes lead to rising levels of default, however, it could test PRA Group's ability to shift gears and use appropriate strategies to ensure collection levels remain robust.

PRA Group investors didn't have an immediate reaction to the news, with the stock remaining unchanged in after-hours trading following the announcement. At this point, investors will have to wait and see whether the debt-collector's timing in making aggressive investments to acquire assets will prove to have been fortuitous or ill-advised.

Is PRA Group a Buy?