Please ensure Javascript is enabled for purposes of website accessibility
Log In Help Join The Motley Fool
Free Article
Join Nearly 1 Million Premium Members And Get More In-Depth Stock Guidance and Research
By Keith Noonan – May 10, 2019 at 9:13AM

Qutoutiao shareholders were reminded that sometimes less is more.

Shares of Qutoutiao (QTT 59.65%) slipped 42.8% last month, according to data from S&P Global Market Intelligence. The stock fell early in April following news that the Chinese internet company would raise money through a new share offering, and continued to trend lower as the month progressed. 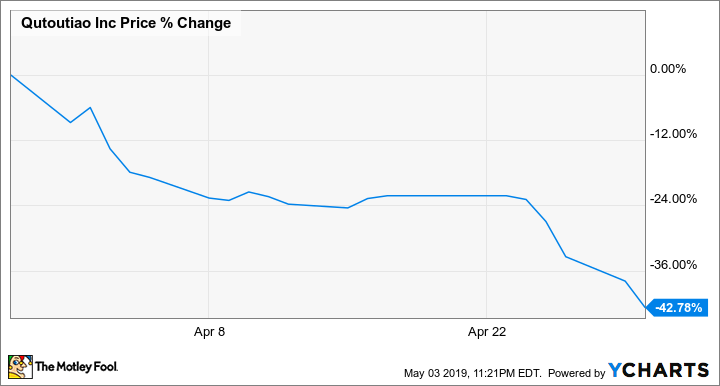 Qutoutiao operates a platform built around aggregating news and short-video content, and its stock has been very volatile since hitting the market late last year. A press release on April 3 laid out plans to offer new stock at $10 per share, and the market appears to have given a negative grade to the company's move to sell fresh shares so soon after its IPO. 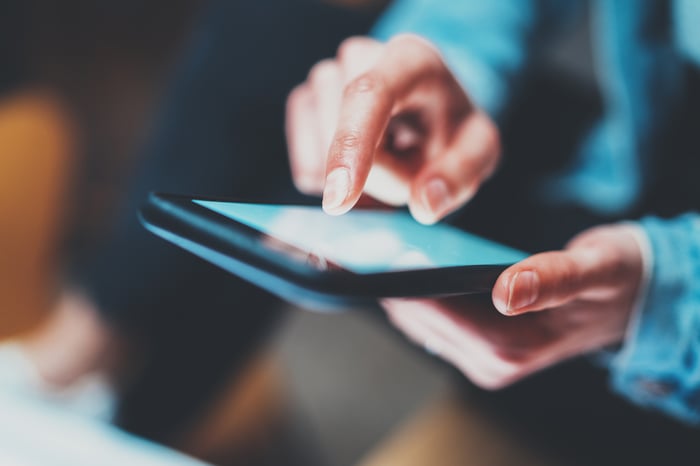 Raising funds through another share offering is dilutive, meaning it will reduce the earning power of the shares that had previously been on the market because there are more components among which to split profits. Qutoutiao shares had rallied more than 80% heading into March, but the new stock offering seems to have prompted investors to reassess the company's hot 2019 run. On the heels of the mixed quarterly results posted in March, news of the stock sale was enough to kick off a substantial pullback.

Qutoutiao stock has seen a small bounce early in May and has gained roughly 3% in the month's trading so far. 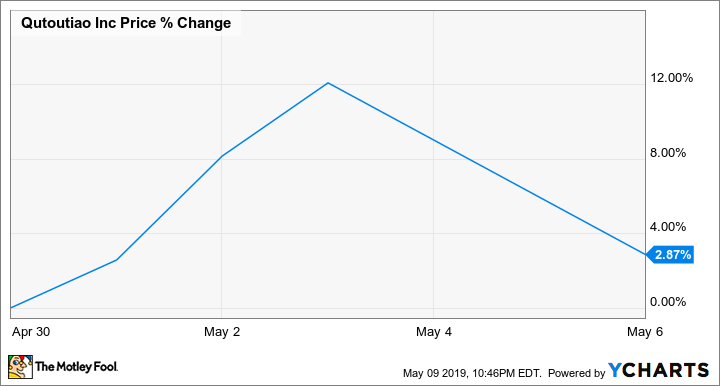 Entertainment content consumption continues to rise in China and around the globe, and there's considerable growth potential for product categories like curated news feeds and short-video platforms. Qutoutiao has been posting some strong growth, nearly quadrupling its monthly active users to reach 93.8 million in the third quarter and boosting sales by 426% to hit $193 million. That's impressive progress, but it remains to be seen if the momentum is sustainable, and investors should probably move ahead with the assumption that the stock will continue to be volatile in the near term.