Please ensure Javascript is enabled for purposes of website accessibility
Log In Help Join The Motley Fool
Free Article Join Over 1 Million Premium Members And Get More In-Depth Stock Guidance and Research
By Matthew DiLallo, Maxx Chatsko, and Timothy Green – Updated May 12, 2019 at 11:50AM

Investors often pay too much attention to short-term movements in the stock market. That can cause them to make too many changes to their portfolio, which racks up trading fees and taxes that eat into their returns. A better approach is to take the long-term view and invest for decades instead of quarters.

While lots can change in 20 years, some companies have not only demonstrated their staying power in the past but also operate businesses that should still be thriving in the coming decades. Three such companies are midstream partnership Enterprise Products Partners (EPD -5.22%), lithium producer Albemarle (ALB -0.99%), and apparel-maker Hanesbrands (HBI -4.50%). Here's why they look like ideal stocks to hold for the next 20 years. 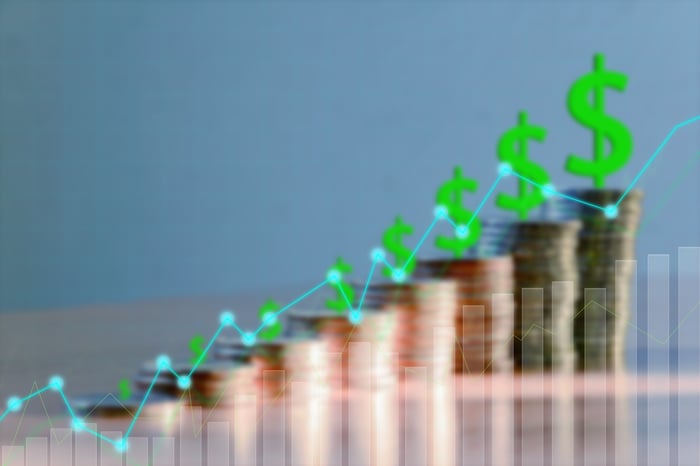 Enterprise Products currently has more than $5 billion of growth projects under way. These expansions include new oil and gas pipelines as well as infrastructure to support the petrochemicals industry and to export hydrocarbons. These projects should support continued growth in both cash flow and the distribution over the next several years.

Meanwhile, the MLP should have no problem continuing to expand its midstream footprint over the coming decades. Supporting that view is the forecast that energy companies in North America need to invest $44 billion per year on additional infrastructure through at least 2035. That's even with the continued rapid adoption of renewables. As one of the largest energy infrastructure operators, Enterprise Products Partners has a competitive advantage when it comes to securing the projects needed to drive growth in the decades ahead.

Enterprise Products Partners has created lots of value for its investors over the past two decades by building out critical energy infrastructure. That trend should continue in those ahead, making it a great company to hold for the long haul.

Tim Green (Hanesbrands): While the market didn't react all that well to Hanesbrands' latest earnings report, shares of the basic apparel and activewear manufacturer are a great choice for long-term investors.

Hanesbrands is really two companies in one. The core business is innerwear -- underwear, socks, bras, and the like. The U.S. innerwear segment has suffered from some sales declines, mostly because of the intimates business, but there's still a lot for investors to like. Consumption of underwear and socks is stable, outside of recessions, and the market is heavily branded. A full 90% of U.S. sales of innerwear last year were branded, with the rest private-label. And that percentage is even higher for online sales.

Activewear is Hanesbrands' other key business. The Champion brand is growing extremely fast outside the mass channel, with sales rising 75% year over year in the first quarter. Hanesbrands is losing a contract with Target for an exclusive line of Champion merchandise, which will hurt sales, but there are plenty of growth opportunities elsewhere for the brand.

Hanesbrands has a mostly stable core innerwear business, a fast-growing activewear business, and a stock that trades for around 10 times earnings. What's not to like? 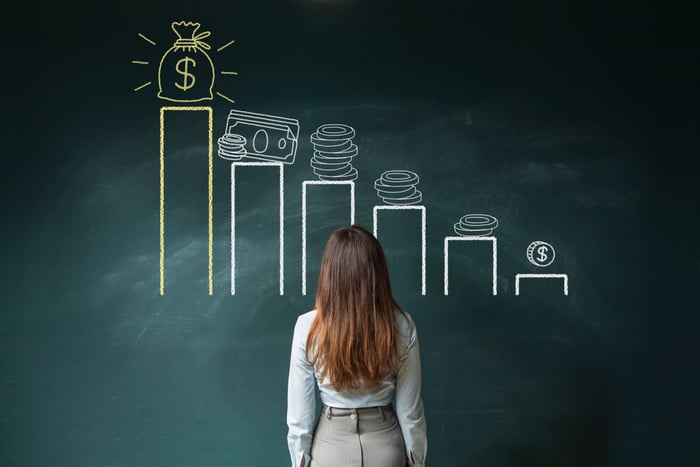 Maxx Chatsko (Albemarle): Most investors are aware that Albemarle is the dominant lithium producer on the planet today. It doesn't take much digging to reveal that the company is likely to maintain that label for the foreseeable future. The business plans to pour capital to expand annual production capacity from 65,000 metric tons of lithium carbonate equivalent (LCE) in 2018 to as much as 350,000 metric tons of LCE by 2025.

That bodes well for sustaining above-average revenue growth for the lithium segment and sets the stage for remarkable earnings potential, especially considering a growing share of the planned production increases are entered into purchase agreements at selling prices similar to those enjoyed in 2018. But what gets much less attention among investors and analysts is the long-term opportunity beyond mining and supply -- and Albemarle is already positioning itself to capitalize.

Sure, global battery factories will need unimaginable amounts of premium lithium materials to satisfy demand for electric passenger vehicles, heavy-duty trucks, and buses. However, lithium-ion energy storage is expected to transition through at least two technology progressions by 2030 that will help the world electrify transportation virtually overnight. The most advanced, solid-state batteries, will boast several advantages over today's technology including safety improvements, much longer life, and double the energy density -- all at half the cost.

As great as solid-state batteries sound, they'll need new engineered lithium materials to deliver on their promise and reach commercial-scale manufacturing. That's why Albemarle has been working on its own and with customers to develop novel components that will make solid-state tech possible. It owns several patents on next-generation materials and process technology, which suggests the company could have a leg up on the future of the industry.

The first solid-state batteries are slated to hit the market by 2023 and are expected to overtake the market share of current-generation technology by 2027, hinting that the opportunity could arrive sooner than the market expects. That makes me think investors with a long-term mindset would appreciate Albemarle's forward-looking investments to date.