Please ensure Javascript is enabled for purposes of website accessibility
Log In Help Join The Motley Fool
Free Article Join Over 1 Million Premium Members And Get More In-Depth Stock Guidance and Research
By Keith Speights - May 12, 2019 at 2:00PM

Aurora is taking the road less traveled in finding a partner outside of the cannabis industry. But could the road be dead-end?

Don't expect Aurora Cannabis (ACB 3.77%) to receive a huge investment from a big company outside the cannabis industry. There aren't likely to be high-dollar transactions like Canopy Growth (CGC 5.01%) or Cronos Group (CRON 3.16%) had. There's a simple reason: Aurora doesn't want that kind of a deal.

Aurora's chief corporate officer stated in an interview with MarketWatch earlier this month that the company is "taking a different approach" to partnering outside of the cannabis industry than some of its peers have. Sure, Aurora wants a major partner. But it doesn't want to give up an equity stake to make such a deal happen.

Is Aurora's partnering strategy brilliant? Or could it actually be a boneheaded approach? 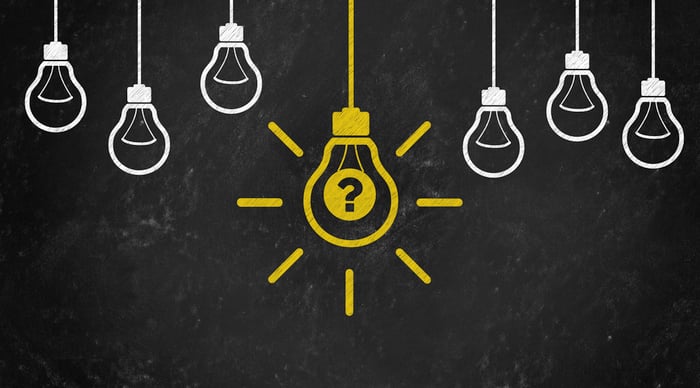 Aurora's executives didn't come up with the idea of taking a different approach to partnering, according to Battley. In March, Aurora brought billionaire investor Nelson Peltz on board as a strategic advisor. Peltz recommended that the company not start down a path where control of Aurora could eventually be handed over to a larger company.

This scenario could -- and many think will -- happen for both Canopy Growth and Cronos Group. Big alcoholic-beverage maker Constellation Brands owns a 38% stake in Canopy and has warrants that could up its interest to above 50%. It's a similar story for tobacco giant Altria, which owns 45% of Cronos.

But Peltz urged Aurora's management team to remain independent. And instead of teaming up with just one big company outside of the cannabis industry, he advised Aurora to seek multiple partners across several industries that could be disrupted by cannabis. Aurora CEO Terry Booth and the rest of the company's top executives bought into Peltz's plan.

There are two primary advantages to this approach. First, Aurora shareholders could make even greater returns over the long run if the company achieves tremendous success as a standalone entity. Second, this approach allows Aurora to partner with several major companies outside of the cannabis industry rather than just one -- which just might increase its odds of succeeding.

This partnering strategy that Aurora is adopting isn't perfect, though. While it could reward the company's shareholders over the long term, you could make a pretty good case that the lack of a major equity partner is holding Aurora back at least somewhat for now.

Some might argue that Aurora's stock performance has been really good even without a big partner. And it has been.

But Aurora's market cap is only a little over half the market cap of Canopy Growth. Yet Aurora has a greater production capacity than Canopy, has a stronger international presence, and is a close No. 2 behind Canopy in the Canadian adult-use recreational marijuana market. The most plausible explanation as to why Canopy's market cap is so much higher than Aurora's is that Canopy has a big partner and Aurora doesn't.

Another drawback to Aurora's partnering approach is that it won't have the huge infusion of cash that comes with an equity partnership deal. Canopy Growth reported a cash stockpile of more than $4.9 billion Canadian (around US$3.7 billion) at the end of 2018. Aurora, on the other hand, had only CA$88.2 million (around US$66.8 million) in cash and cash equivalents at the end of last year.

So while Canopy Growth is flush with cash to fund its expansion efforts, Aurora must raise additional cash by either taking on more debt or issuing new shares. The company has done a lot more of the latter, announcing in April that it had filed regulatory paperwork to raise up to US$750 million by issuing new securities. The main problem with issuing new shares is that it dilutes the value of existing shares.

There's also one other potential fly in the ointment with Aurora's partnering strategy. It's entirely possible that a big partner outside of the cannabis industry is adamant about obtaining an equity stake in its cannabis partner. Aurora could conceivably lose out on winning a major partnership deal if it isn't flexible about handing over ownership interest. Maybe this won't turn out to be a problem, but it seems likely that Altria and Constellation Brands wouldn't have teamed up with Cronos and Canopy if the two cannabis producers had not been willing to give up equity stakes.

If the company's partnership deals are structured in the right way, Aurora could be in great shape. The problem for now, though, is that there aren't any partners lining up at Aurora's doorstep that we know about.

Still, it seems likely that Aurora will land one or more big partners in other industries. But we'll have to wait and see if the company's partnering strategy turns out to be brilliant or boneheaded -- or maybe somewhere in between -- over the long run.