Nearly two-thirds (65%) of American adults dream of owning their own business, according to a survey of 5,000 U.S. adults by UPS Stores. That's roughly the same as last year when 66% said this was their dream. In fact, 54% of those surveyed said as long as they were healthy and money wasn't a factor, they would rather open a small business than retire. 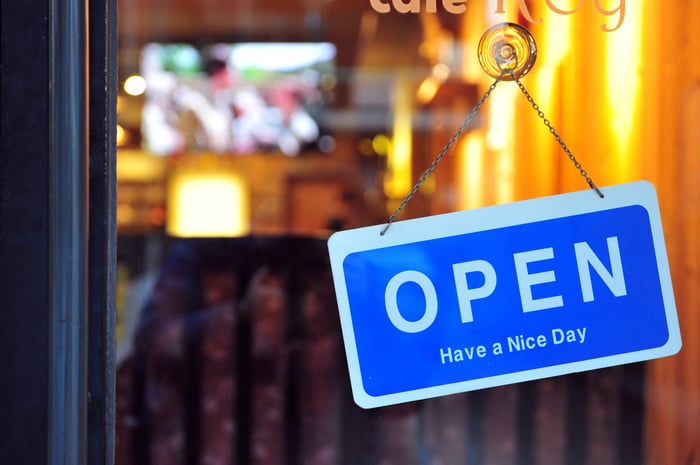 Starting a small business may fulfill a dream, but it's not easy to succeed in running one. On the positive side, about 80% of small business make it through year one and that has been the case for two decades, according to data from the Bureau of Labor Statistics.

However, that may not be a good measure of success. Many small business owners planned for a rough first year and aren't willing to throw in the towel that quickly. As time goes on, however, things get dicier. Only half of small businesses make it to their fifth anniversary and roughly one-third make it to the tenth year.

Most (81%) people who owned a business said they hope their son or daughter will someday start their own business. That's higher than the 62% of the full field of respondents who felt that way.

It's easy to see why Americans dream about owning a small business. Not having a boss is very appealing and getting to do your own thing by making your own mark on the world sounds attractive too.

The problem is that many people who open a small business do so because it's a dream, not because they have a well-thought-out plan. That's a recipe for failure that can easily be avoided.

Before you even consider opening a small business, you need to write a comprehensive business plan. That means you need to consider every factor in operating the business, including every single financial need. You should make negative assumptions on how much revenue will come in and assume that expenses will be higher than you planned.

You don't have to do this on your own. There are free and low-cost options for help. Speak with business owners in the space you intend to enter. Get a lot of advice and figure out if you have the capital (or can get it) to give your company the best possible chance for success. Dream on.