Please ensure Javascript is enabled for purposes of website accessibility
Log In Help Join The Motley Fool
Free Article Join Over 1 Million Premium Members And Get More In-Depth Stock Guidance and Research
By Tyler Crowe - May 13, 2019 at 9:42AM

With the acquisition of its subsidiaries behind it, the company is all about completing its flagship Line 3 project.

With all of the recent corporate changes at Enbridge (ENB 0.76%) behind it, the company can now focus on one thing: execution. This past quarter, it made that message abundantly clear as all of its attention turns toward either completing permitting and construction of current projects or renegotiating rates on its existing lines.

Let's take a look at Enbridge's most recent earnings results and what investors can expect from the company for the rest of the year and potentially beyond. 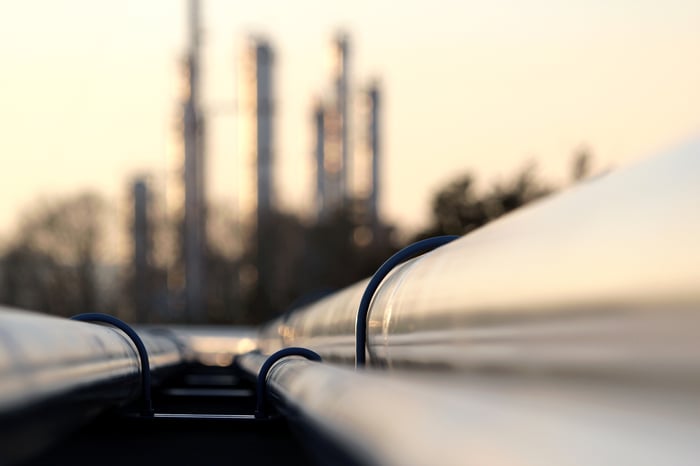 Enbridge's results have been particularly hard to follow in recent years because of its corporate structure. The company had an equity interest in several subsidiary partnerships. Ever since management's decision to acquire the outstanding interest in those subsidiaries, though, it is much easier to see what is going on at the business thanks to fewer adjustments and reshufflings that made any quarter-to-quarter comparison moot.

While management attributed much of the quarterly record results to improved performance, new assets ramping to full capacity, and new rates for some of its regulated businesses. It also noted that it benefited from favorable markets that may not be as good in the upcoming quarters. 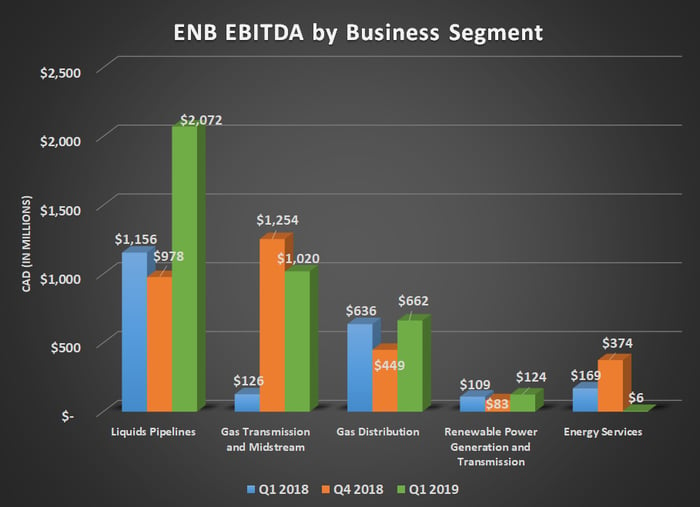 Even though Enbridge didn't announce any new major projects, it emphasized in its quarterly earnings and annual shareholder meeting presentations last week that it's growing its natural gas transmission footprint to serve increasing demand from petrochemicals and liquefied natural gas (LNG) export facilities in North America. Here's CEO Al Monaco discussing Enbridge's existing infrastructure to serve these systems and how it expects to be part of future plans in these regions.

For a number of reasons, the epicenter of [LNG] growth now is in the Gulf, and we're in the middle of that action for sure. Valley Crossing, Texas Eastern and our B.I.G. pipeline hug the Coast from South Texas all the way to Louisiana. They draw gas from multiple basins including the Permian, East Texas, and all the way up actually to the Marcellus through our bidirectional Texas Eastern system. We supply gas to Sabine LNG today, and we're interconnected to Cameron and Freeport, which are scheduled to start up later this year. And our network is perfectly situated to be the natural gas header of system to serve multiple new projects currently under development.

On the West Coast Canada, our Westcoast Connector project has an environmental permit right away into Prince Rupert, which would tie back into our existing BC pipe system to source growing Montney supply. And even on the Atlantic Coast, were positioned there to serve projects in the Canadian Maritimes or further south into Philly. We're working on a number of these facilities today in all of these regions as they look to secure pipe capacity or new infrastructure to serve their plans. We're excited about the potential here, and well keep you up-to-date on those opportunities. 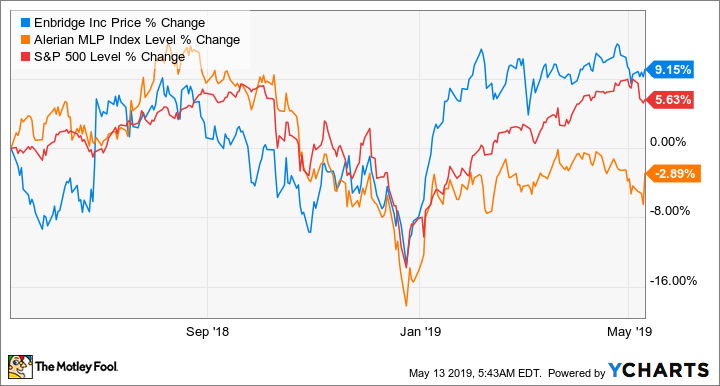 Enbridge's Line 3 project is a massive undertaking from a construction standpoint alone. Having to get regulatory approval and permits in three states and two countries makes it that much harder. So, it's no wonder that management is focusing so much of its time on completing this project. The one-year delay may discourage some investors, but the good news for the company is that the permitting process seems to be going more smoothly after some speed bumps in Minnesota.

Line 3 and recontracting many of its existing assets are going to be the center of attention over the next couple of years. Aside from Line 3, its project portfolio is looking a little thin. So, within the next year or two investors should expect some major project announcements. Based on Monaco's statements, don't be surprised if many of those new projects center around natural gas and LNG.