Please ensure Javascript is enabled for purposes of website accessibility
Log In Help Join The Motley Fool
Free Article Join Over 1 Million Premium Members And Get More In-Depth Stock Guidance and Research
By Brian Orelli, PhD - May 13, 2019 at 2:32PM

The QIAstat should accelerate growth for the diagnostic testing company.

While the first-quarter beat is nice -- even if it was only by $0.01 -- to reach management's goal for 2019, the diagnostic testing company will need to pick up the pace in the second half of the year. Fortunately, management has a plan: the expected U.S. launch of the QIAstat, which runs multiple tests to help diagnose complex diseases. 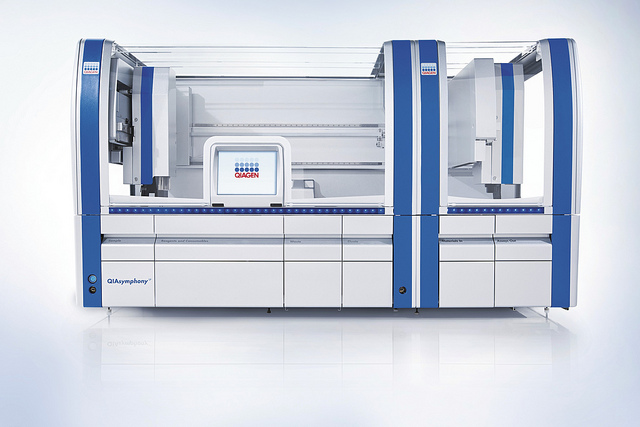 CEO Peer Schatz highlighted the potential for the NeuMoDx: "The NeuMoDx systems are truly disruptive next-generation solutions for molecular testing and clinical laboratories offering full automation, scalability and cost efficiency with ease of use and much faster time to result than others. We believe the market for clinical laboratory testing is currently around $2.7 billion annually and the feedback from customers on our novel solutions is truly exciting."

Schatz also pointed to the QIAstat for new growth, especially with the upcoming U.S. launch: