Retail stocks got clubbed today, falling along with the broader market as investors responded to China's decision to implement tariffs on $60 billion worth American goods starting June 1. That follows the Trump administration's move last Friday to increase tariffs from 10% to 25% on $200 billion worth of Chinese goods and to impose tariffs on another $325 billion of goods.

The move escalates the trade war between the U.S. and China and dashes hopes for a resolution barely a week after Treasury Secretary Steven Mnuchin said the two sides were in the "final laps" of negotiating a deal.

Apparel retailers, many of whom rely on China for manufacturing, took the news especially hard. Among the sector stocks heading lower today were Gap (NYSE:GPS), Ralph Lauren (NYSE:RL), and Kohl's (NYSE:KSS), which fell 6.7%, 4.9%, and 4%, respectively. The S&P 500 finished the day down 2.4%, and the SPDR S&P Retail ETF (NYSEMKT:XRT) fell 3.8%. 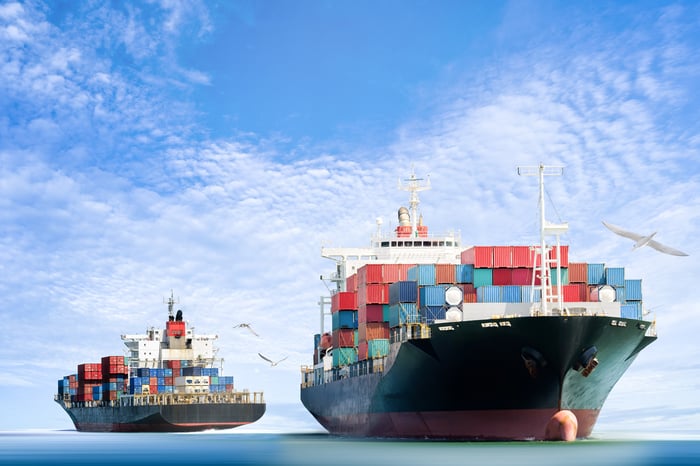 Even before the trade war blew up again, apparel stocks were already struggling to cope with the shift to e-commerce, declining traffic at brick-and-mortar locations, and the rise of fast-fashion and off-price competition that have forced a number of chains, including Gap, to close stores. Tariffs could force these retailers to raise prices, and they could also weigh on the broader economy, affecting discretionary spending. When American shoppers do cut back, apparel is one of the areas to feel the pinch.

According to the Trade Partnership, the new round of tariffs will cost the average American family of four $767, and though apparel wasn't included in the initial tariffs the U.S. imposed on China, it may be a part of a new round of tariffs on goods worth $325 billion.

Addressing tariff concerns last September, Gap CEO Art Peck said, "We are watching it very, very carefully, as you can imagine," according to Bloomberg. Though the company imports most of its goods from Vietnam, 22% still comes from China, and Peck said that if its imports were taxed, "In some cases, we'll have no choice but to pass the impact of these tariffs through to our consumers," a sentiment that a number of retailers echoed.

Kohl's was one of several retailers to send a letter to U.S. Trade Representative Robert Lighthizer opposing tariffs, and according to a Bank of America Merrill Lynch report, earnings were estimated to fall more than 40% at Kohl's if it didn't raise prices to absorb tariffs.  Ralph Lauren similarly warned about tariffs last fall, pushing shares lower.

Investors will get some more insight later this week into retailers' current state of mind when the sector's earnings season kicks off, as the quarterly report from Macy's comes out on Wednesday, followed by Walmart the day after. With the exception of tariffs, the macroeconomic environment has been kind to the sector, with strong job growth, low unemployment, relatively low gas prices, and a tax cut giving consumers more spending money. For the first three months of the year, retail sales were up 1.9%, though that number was higher when the automotive and gas-station segments are backed out.

For now, given today's sell-off, the tariff cloud seems likely to weigh on the sector, especially given the statements from these companies in the past. We'll learn more as earnings season arrives, but one thing is clear: Retail stocks will continue to be extra sensitive to the trade war.