General Electric (NYSE:GE) is far-removed from its Jack Welch-engineered glory days, with the industrial titan humbled by ballooning debts and poor acquisition decisions during the tenure of Welch's successor, Jeff Immelt.

GE's sprawling balance sheet, heavy on financials and insurance, came under pressure during the financial crisis, and some market-topping mergers and acquisitions (M&A) in the energy patch added to the stress. Shares of General Electric have lost more than half their value over the last three years and are down nearly 90% from their highs reached in the late 1990s.

Immelt was pushed out in August 2017 when GE hired John L. Flannery, who was jettisoned 14 months later in favor of Larry Culp. Culp in the months since his October hiring has accelerated GE's plan to use divestitures to raise cash, striking a deal to sell the biopharma segment of the company's healthcare operation to Danaher, his former employer, for $21 billion, and proceeding with a planned merger of the transportation division with Wabtec. 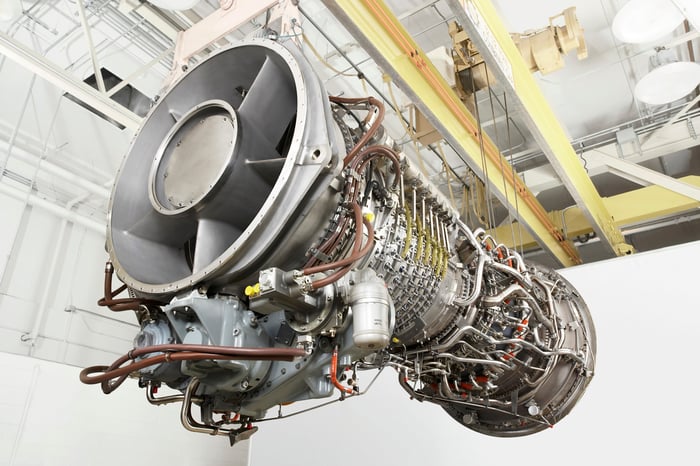 Culp, speaking at the company's annual shareholder meeting on May 8, called 2019 a "reset" year and urged patience. The CEO's opening salvos seem to be steps in the right direction, but does that make General Electric shares a good buy?

Even the good news isn't great

The most recent quarter offered at least some reason for hope. General Electric beat earnings and revenue forecasts on orders up 9%.

More importantly, the company's industrial free cash flow for the quarter was negative $1.2 billion, significantly better than the $1.76 billion in cash used in the first quarter a year prior and ahead of what analysts had expected. The beat was particularly surprising because just two weeks before the quarter's end, Culp had warned about GE's 2019 industrial free cash flow, sending shares down 12%.

It's that sort of mixed messaging that has driven investors to the exits. In Culp's defense, the better-than-expected quarterly cash number was apparently due to the timing of certain orders and customer payment schedules, and the beat didn't alter GE's outlook for full-year free cash burn of about $2 billion. But after years of seemingly endless writedowns, it's hard to regain investor trust when you are off-message on a key number so close to quarter's end. 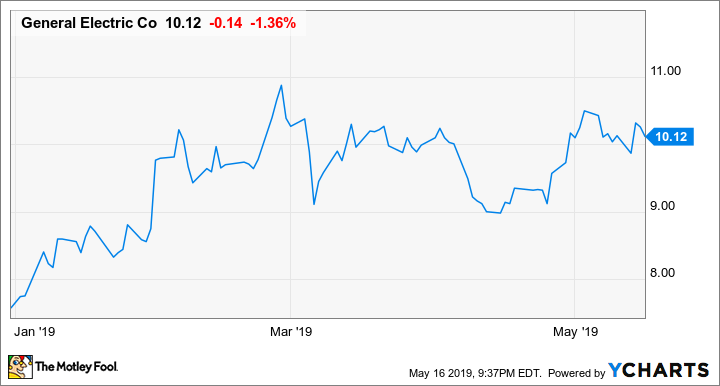 GE management is caught between trying to provide enough reason for optimism to buy itself time, without setting expectations too high. The result so far in 2019 has been a choppy performance. Given the magnitude of the challenge and the time it will take to solve it, there's no reason to think that volatility will disappear any time soon.

Can Power energize the shares?

Culp's plan is to cut costs, clean up the balance sheet, and rebuild around a handful of businesses that are strong performers, or at least show potential. Leading the way is aviation, including GE's massive aircraft engine business, which enjoyed profit margin of 21.2% in 2018 and, despite issues related to Boeing's 737 MAX, has a strong order book and should be reliably profitable for years to come.

Healthcare similarly had margin of 18.7% last year, and although some of the more interesting assets will soon be part of Danaher, GE is retaining 85% of its $20 billion in healthcare sales and will have strong exposure to the hospital and lab equipment market. GE had originally said it would separate its entire healthcare unit into a new entity before reversing course and selling biopharma to Danaher. An IPO is still possible, but not on the agenda for 2019.

It's the energy business that really needs to get going for GE to thrive. Company CFO Jamie Miller, speaking at a Goldman Sachs investor conference in mid-May, said its business selling to power plants will need at least three years to stop bleeding cash as it works through pension issues, unprofitable contracts, and liabilities related to its 2015 purchase of Alstom.

The unit lost $22.8 billion in 2018, including a large noncash goodwill writedown related to past M&A.

No need to rush in

It's far too early to say General Electric is performing well, but if nothing else, 2019 has at least been less bad than the years prior. GE under Culp seems to finally accept its issues and is ready to deal with them, and for the first time in years there's reason for investors to hope that all the surprises inside the portfolio have been identified and disclosed.

If you can look past the scars, GE still has some attractive assets in its portfolio. The problem is, the patient is going to take a long time to heal.

It's finally safe to hold GE shares, but I see little on the near-term horizon that would be a catalyst to get this stock moving upward. Investors will likely have the opportunity to see a few more quarters' worth of results and still buy at or near these levels, assuming they like what they see.

Today, however, there are far better companies to buy than GE.