After failing spectacularly in the consumer market, Alphabet (NASDAQ:GOOG) (NASDAQ:GOOGL) subsidiary Google had repositioned its augmented reality (AR) headset Glass as an enterprise product back in 2017-- dubbed Glass Enterprise Edition --  hoping that it could find a new market where functionality trumps aesthetics and buyers will pay a premium for productivity gains. 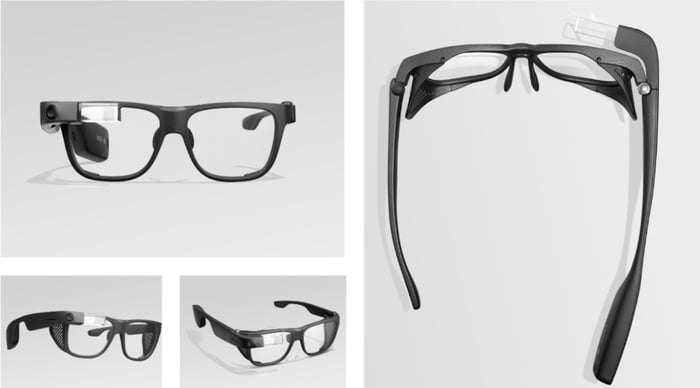 Google announced Glass Enterprise Edition 2 in a blog post this morning, which comes after the team had worked with X, Alphabet's moonshot factory, over the past two years. Google has incorporated feedback from customers and developed the new version accordingly.

The new version also has better cameras that can be used for streaming and collaboration and USB-C support for faster charging and improved battery life. It will also run on a newer version of Android, which includes support for Android Enterprise Mobile Device Management.

"Glass is a hands-free device for smarter and faster hands-on work," Glass project lead Jay Kothari noted in a promotional video. "It provides the information that an employee needs in the periphery of their line of sight, so it doesn't come in the way of their actual work environment."

The product had already leaked a few months ago, so the news isn't all that surprising.

In the years since Glass pivoted toward the enterprise market, a slew of tech giants have either released or are reportedly developing their own AR headsets. Microsoft HoloLens is similarly positioned as an enterprise AR headset intended to help businesses boost worker productivity but costs a whopping $3,500 for the HoloLens 2 developer edition.

Beleaguered social networking giant Facebook recently confirmed that it is working on AR glasses, following persistent rumors. Apple is also undoubtedly trying to develop a similar product, which could ship in 2020. Whether or not Snap Spectacles qualify as AR glasses is highly debatable. Google's pivot to focus on the enterprise market may prove prescient, as the consumer market may still not be ready to adopt AR glasses en masse.

IDC expects worldwide AR/VR headset shipments to jump 54% to 8.9 million units in 2019, thanks in large part to enterprise adoption. "The Augmented Reality side of the headset business has been largely enterprise-focused from the start, with a few notable exceptions, and we expect that trend to continue for the foreseeable future as most consumers in the near term will experience AR through their smartphone or tablet," said IDC's Tom Mainelli.