Please ensure Javascript is enabled for purposes of website accessibility
Free Article Join Over 1 Million Premium Members And Get More In-Depth Stock Guidance and Research
By Rich Smith - May 21, 2019 at 3:54PM

Trump's trade war has helped to subtract 25% from Polaris' market cap in 52 weeks. Is the stock finally cheap enough to buy?

Owners of Polaris Industries ( PII -1.83% ) stock had a terrific month in April, with shares of the off-road vehicles specialist gaining 14% on the back of strong Q1 2019 earnings (and an improved outlook). Analysts at RBC Capital, SunTrust, Wells Fargo, and Wedbush all rushed to raise their price targets in response to Polaris' earnings beat, according to a tally compiled by TheFly.com, while Goldman Sachs initiated coverage of the stock with a buy rating.

And as good as April was, one analyst thinks the month of May (and beyond) could be even better for Polaris. Here's what you need to know. 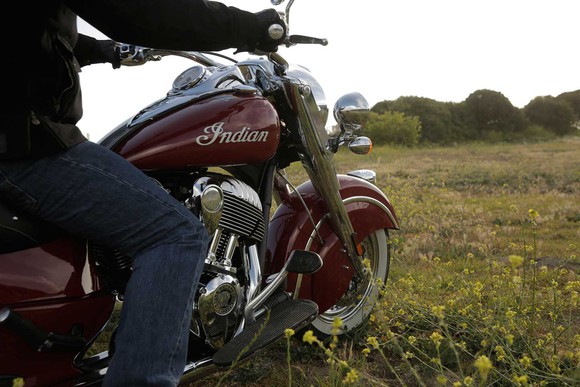 Polaris by the numbers

Polaris reported a 15% gain in sales in Q1 -- $1.5 billion in total -- with its results boosted by the company's May 2018 acquisition of the nation's largest builder of pontoon boats, Boat Holdings. Earnings declined 8% to $0.78 per share, but nonetheless beat analysts' estimates.

Now, these results weren't great. Putting aside the boost to sales from the Boat Holdings acquisition, Polaris' greatest organic growth was actually seen in "parts, garments, and accessories" sales, which grew 8% year over year. International sales fell 4%, as did off-road vehicle and snowmobile sales -- and motorcycle sales tumbled 10%.

Regardless, Polaris CEO Scott Wine said the year was "off to a solid start" and the company had "momentum" heading into the balance of the year -- and analysts seemed to agree. Goldman Sachs highlighted the company's leading market share in power sports, while Wedbush seemed to ascribe the declining sales in certain segments to bad weather, and Wells Fargo dismissed even the drop in motorcycle sales as something that is at least now priced into the shares.

Higher "tariff costs" related to the ongoing trade war with China remain a concern -- the company noted that they might combine with other factors to subtract as much as $1.50 per share from this year's profits. On the other hand, though, SunTrust noted that the possibility of an end to the trade war did not appear to be fully reflected in the share price.

And in fact, tariffs may lie at the heart of today's upgrade of Polaris stock by BMO Capital as well.

At $88 and change, Polaris shares are selling for only about 17 times trailing earnings, and BMO argues that they're being priced for a "worst-case tariff scenario." And yet, in BMO's view, given how much tariffs have been increased under President Trump already, it's more likely that tariffs will be reduced or eliminated going forward than be increased any further.

At the same time, BMO cites reports of demand for off-road vehicles improving with the better spring weather, and says the "solid" economy is making recreational vehicle dealers more optimistic. This assessment accords with Polaris management's decision to raise its guidance for this year, predicting a sales increase of 11% to 13% versus 2018 numbers. This would seem to imply fiscal 2019 sales of as much as $6.9 billion.

It's not entirely clear what this will mean for GAAP earnings. According to data from S&P Global Market Intelligence, Polaris reported $5.24 per share in GAAP earnings last year. But management says "adjusted" earnings this year will decline in comparison to "adjusted net income of $6.56 per diluted share for 2018," ending up somewhere between $6.05 and $6.30 per share. So although the company says "adjusted earnings" will fall, it remains to be seen what will happen to the GAAP number; it actually looks like it might increase!

At the same time, however, I note that Polaris' free cash flow generated over the past 12 months amounted to only $202 million, or barely 61% of the $328 million in net income the company reported during the period. Valued on a $5.4 billion market cap, that works out to more than a 26 times multiple to free cash flow for the company -- a much steeper valuation than Polaris' 17 times trailing earnings valuation suggests. And when you factor in more than $2 billion in net debt, Polaris stock looks even more expensive.

I fear this is still too much to pay for Polaris shares today -- and BMO Capital is wrong to recommend it.