New Jersey casinos can thank the legalization of sports wagering for the massive growth in online gaming that they are experiencing. After casinos blew away records in March by posting $39.1 million in revenue, a 56% gain over last year, they returned in April to generate another $36.6 million, up 59% from 2018, and the state's second best showing ever.

Because casinos can cross-market its online gaming opportunities to online sports bettors, it's likely we'll see New Jersey casinos maintain this elevated level of play, which is salvaging the lackluster performance of their physical casino operations. 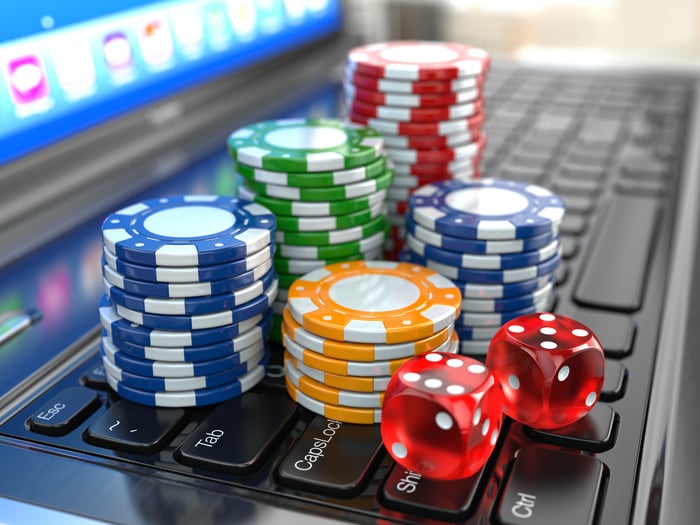 The Golden Nugget continues to be the dominant player in the state, taking in almost $13.9 million in online casino revenue in April, up 70% year over year and only $300,000 below the blistering $14.2 million it generated in March.

More notable, though, may be Resorts Casino Hotel, which is one of only two casinos posting both physical and online gaming gains. Resorts' revenue doubled in March to $8.5 million, putting it in second place behind Golden Nugget, and then nearly doubled again in April, generating $7.1 million. So far this year, its Resorts Digital division is up 231%.

Year to date, Resorts' combined online and offline revenue totals $107.2 million, which is still far behind MGM Resorts' (NYSE:MGM) Borgata at $239.1 million, and just behind the Tropicana at $118 million, but it is the only casino showing growth at its physical casino and its digital one.

That needs a slight clarification because Resorts' actual casino is down 0.9% in 2019 (the smallest decline of any casino, as all of Atlantic City's properties are in the red this year), but it includes its sports betting tally in that line, and those wagers put it in the black. Of course, sports betting only started in New Jersey in mid-June of last year, so there is nothing yet to compare it to from 2018.

Still, Borgata's combined totals are down almost 2% year to date, and the Trop is down 6.5%. Caesars Resorts (NASDAQ:CZR) is up over 28% for online play, but down nearly 10% at its casino.

Resorts is likely benefiting from its partnership with DraftKings, one of the leading sportsbooks with a 33% share in New Jersey, second only to FanDuel at the Meadowlands racetrack, which has nearly half the market to itself. DraftKings integrated an online casino into its operations late last year, and Resorts' results show its success.

While the record-breaking March tallies were helped in large part by the NCAA March Madness basketball tournaments, the elevated level of play in April suggests sports betting and the ability to cross-market to gamblers on the platform has a long tail.

This outperformance, however, is coming at the expense of online poker, which saw revenue drop 3.2% last month, and that might have to do with the weight of a Justice Department ruling that reversed its position on the federal Wire Act, which tightened restrictions on most types of betting across state lines.

Since 2011, DOJ has held that the law, which prohibits betting electronically across state lines, applied only to sports betting. It's why gamblers in New Jersey can't place online bets in Nevada or Delaware, and vice versa. But in January, the DOJ proclaimed the Wire Act applied to all forms of gambling, including online casino gaming and lotteries. The deadline for complying with the ruling is June 14.

The change is being challenged in federal court by various states and, if upheld, could make for more problems for online poker play, particularly tournaments like the World Series of Poker, which is aligned with Caesars in New Jersey. Poker in April was down 9.5% from the month before and off by more than 5% from last year.

New Jersey casinos could be hit hard across the board if Justice doesn't revert back to its old position, and because it is online gaming in all its forms that is keeping Atlantic City's casino afloat, it could be a very ugly summer for the gaming operators.

Editor's note: This article has been corrected. Caesars Entertainment has sportsbooks in Harrah’s Resort Atlantic City and Bally’s Wild Wild West, as well as through its Caesars Casino & Sports mobile app.