Please ensure Javascript is enabled for purposes of website accessibility
Log In Help Join The Motley Fool
Free Article Join Over 1 Million Premium Members And Get More In-Depth Stock Guidance and Research
By Leo Sun - May 23, 2019 at 5:05PM

Tencent (TCEHY -0.39%) and its subsidiary Riot Games are reportedly developing a mobile version of Riot's League of Legends, according to Reuters. The companies have been working on the title for over a year, but a launch date hasn't been set yet.

League of Legends was initially launched in 2009 on PCs. It popularized the MOBA (multiplayer online battle arena) genre and became one of the top esports titles in the world. League of Legends is still the most watched game on Twitch and YouTube, according to Newzoo's latest rankings, as well as the most popular game for core PC gamers with over 120 million active players worldwide. 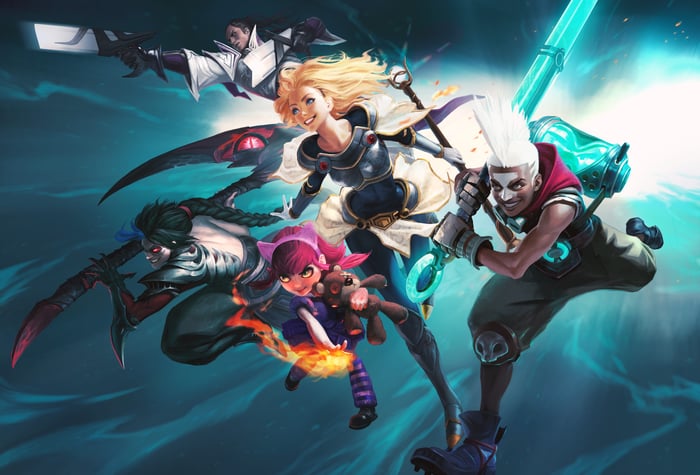 Therefore, it was only a matter of time before Tencent and Riot brought League of Legends to smartphones and tablets. Let's see how this move might give the Chinese tech giant's gaming business a much-needed shot in the arm.

Why did it take nearly a decade?

Tencent was an early investor in Riot Games and its distributor for League of Legends in China. In 2011, it acquired a 93% stake in Riot for $400 million and the remaining 7% in 2015 for an undisclosed sum.

Tencent asked Riot to develop a mobile version of League of Legends several years ago. Riot rejected the proposal, claiming that the game couldn't be replicated on smartphones. Tencent then developed Honor of Kings (also known as Arena of Valor), a mobile MOBA title that closely resembled League of Legends.

Honor of Kings subsequently became Tencent's highest-grossing mobile game but strained its relationship with Riot, which considered it a League of Legends clone that could cannibalize its PC gamers. Tencent also shifted its spending on Riot toward newer investments like PUBG and Fortnite -- which reportedly caused layoffs at Riot.

Riot addressed those reports in a statement last August, saying that the two companies "worked through" their prior conflicts and still had "an incredibly strong relationship built on collaboration and a shared vision for what we can do for players." The decision to develop a mobile version of League of Legends seems to indicate that the two companies are on the same page again.

Why Riot and Tencent both need a new mobile hit

Riot doesn't regularly disclose the number of active gamers for League of Legends. But last summer, Ginx TV claimed that the hit game had lost 15% to 20% of its players over the past year. 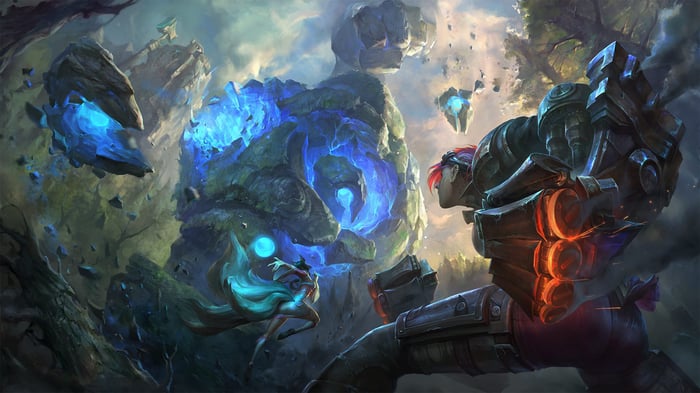 Activision Blizzard's (ATVI 0.27%) aging World of Warcraft also overtook League of Legends in terms of monthly revenue by the end of 2018, according to SuperData. League of Legends' decline was attributed to the rise of battle royale titles like Fortnite, unpopular balance changes to the game, and widely publicized clashes with professional esports teams over unsportsmanlike behavior.

Meanwhile, Tencent's Honor of Kings started to lose its luster. A report in April indicated that the game lost 34% of its active players over the past year, due to the waning popularity of MOBA titles and stricter playtime rules in China. That slowdown, along with a nine-month freeze on new gaming approvals in China last year, caused the growth of Tencent's gaming unit -- which generated a third of its sales last quarter -- to decelerate.

Tencent's gaming revenue dipped 1% annually last quarter, marking the business's third straight quarter of negative growth. It tread water with new content for Honor of Kings and the launch of a new game, Perfect World Mobile, but it lacked any other major hits.

Tencent recently replaced PUBG Mobile in China with a new state-approved title, Game for Peace. That battle royale game might become the gaming unit's new growth engine, but it still needs a proper MOBA successor for Honor of Kings. That's why it's eager to launch a mobile version of League of Legends, which could straddle the PC and mobile markets with cross-platform play.

It makes sense for Tencent to develop a mobile version of League of Legends, but it's not a guaranteed hit. Interest in the PC version is waning, and the decline of Honor of Kings on mobile devices indicates that the MOBA market is peaking.