Please ensure Javascript is enabled for purposes of website accessibility
Log In Help Join The Motley Fool
Free Article Join Over 1 Million Premium Members And Get More In-Depth Stock Guidance and Research
By Beth McKenna - Updated May 27, 2019 at 11:26AM

Carbon stock might soon be available to the public.

An initial public offering (IPO) looks as if it could be approaching for Carbon, the Silicon Valley-based 3D printing unicorn that exploded onto the tech scene in 2015 and is probably best known for partnering with adidas (ADDYY 0.07%) to produce running shoes with 3D-printed midsoles.

The fast-growing start-up has been making some moves that suggest it could soon be joining the likes of 3D printing companies 3D Systems (DDD -0.57%) and Stratasys (SSYS -0.27%) on the public equity markets. 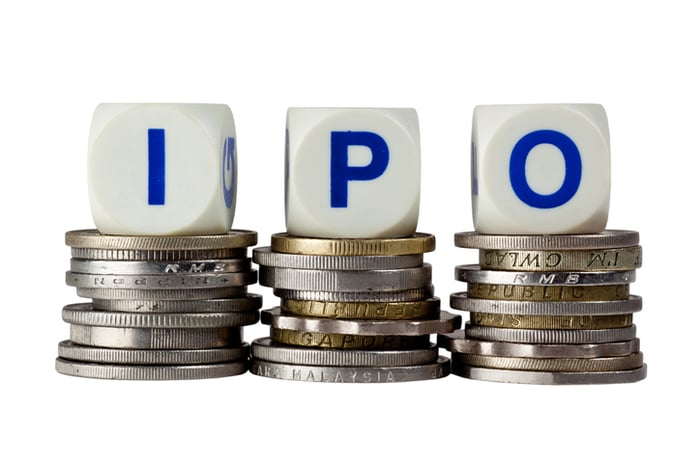 Why a Carbon IPO could be approaching

There are several main reasons to believe a Carbon IPO is drawing near, including these points:

Expounding on the first item, late last year the company named its first chief marketing officer, Dara Treseder. She previously served as CMO for GE Ventures and GE Business Innovations. It also promoted Elisa de Martel to CFO and named Debbie Messemer, a recently retired KPMG partner, to its board of directors and as chair of its newly formed audit committee.

While an IPO seems on the horizon, Carbon's activity last month suggests it might not be immediate. In April, the company authorized the sale of $300 million in Series E shares. If Carbon raises the full amount, its valuation could reach up to $2.5 billion, according to a Pitch Book estimate. The company was valued at $1.7 billion after its Series D round in late 2017.

Along with raising money from top venture capital firms, Carbon has received financial backing from the VC arms of corporate giants such as General Electric and Google parent Alphabet. In addition to adidas, its big-name partners include Ford, Johnson & Johnson, BMW, and UPS. 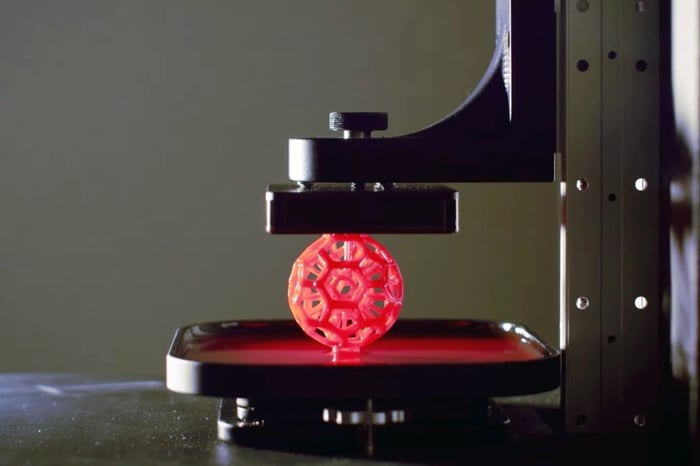 Carbon makes a splash on the world's tech stage

Much of the buzz has surrounded Carbon since early 2015, when co-founder and CEO Joseph DeSimone took to the world's coolest tech stage and demonstrated the company's breakthrough Digital Light Synthesis  (DLS) technology for 3D printing polymers.

The speed at which Carbon's 3D printer churned out a spherical lattice object, made of a bouncy elastomer, left jaws hanging open among many watching DeSimone's TED talk. That's because 3D printing has notoriously moved at a turtle's pace. And while slow and steady might win the race in Aesop's famed fable, the reality was that the then-universal tortoise-like nature of 3D printers had made them non-starters when it came to having a shot at disrupting the traditional manufacturing sector. At the time of the TED talk, Carbon claimed that its tech was about 25 to 100 times faster than the leading 3D printing technologies, including those that power many of 3D Systems' and Stratasys' 3D printers

DeSimone is a polymer chemist by training who's on leave from his positions as a chemistry professor at UNC-Chapel Hill and North Carolina State University. He told me when I interviewed him soon after his TED talk that the media was naturally focusing on the speed of the company's technology -- originally called Continuous Liquid Interface Production, or CLIP -- because that was the capability he was able to easily demonstrate. But the even bigger story is the materials properties enabled by the tech, he said. Indeed, the lack of a wide range of materials has been one of the key obstacles holding back 3D printing from making greater inroads into manufacturing applications. 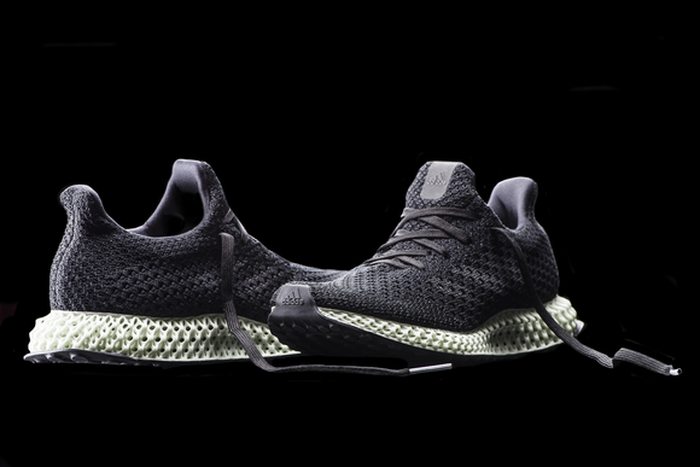 How Carbon's Digital Light Synthesis tech works and its applications

The most compelling part of this story to me, as I previously wrote, is that the company's "co-founders were inspired to develop [DLS] by the robotic assassin T-1000 from the movie Terminator 2, which rises from a pool of liquid metal to assume the form of any person or object." Indeed, DLS "grows" polymer parts continuously from a pool of liquid resin by harnessing ultraviolet light and oxygen. The tech can be considered a close cousin of stereolithography, which 3D Systems invented.

It's easy to understand why DLS is a hare in the 3D-printing-tech zoo full of tortoises and snails, if you keep in mind that it's a continuous process, while commercialized 3D printing techs have traditionally printed layer by layer, with pauses in between. The elimination of these pauses explains not only DLS's speed advantage, but also why it can reportedly produce objects with surface qualities and mechanical properties on par with injection-molded plastics.

Carbon's technology has a wide range of potential applications, and the company has customers in many diverse industries. However, two markets have emerged as big ones: protective/shock-absorbing components for athletic gear, and dental. Dental isn't unique, as other 3D printing companies have long served this market, but Carbon does have a distinction within this space: Through its teaming with dental company DENTCA, Carbon dental customers "have access to the first FDA-cleared materials for 3D-printed dentures."

Producing protective components for athletic gear is a natural fit for DLS because the tech particularly excels at printing lattice-like structures -- which can't be manufactured by traditional manufacturing techniques -- made from elastomers, which are polymers with properties like natural rubber. Carbon's marquee partnership in this space is with adidas, which has the world's No. 2 maker of athletic shoes using DLS to produce midsoles for its Futurecraft 4D line of running shoes, which will eventually be available in customized versions.

Carbon recently scored another win -- make it a touchdown -- in this realm. In February, it partnered with Riddell, a leading manufacturer of football helmets and shoulder pads, to produce what the companies tout as the "first-ever 3D-printed football helmet liner." These lattice liners will be customized to fit the athlete's head.

Carbon seems to be building a great business, but we'll have to see its financials to determine if it looks like it can be a winning investment.