Ellison took over at the home-improvement giant last July, but apparently, things are off to a rockier-than-anticipated start. While Lowe's managed to beat analyst expectations on revenue in its first quarter, earnings per share fell well short of expectations,  with management lowering full-year guidance from a range of $6.00 to $6.10 per share down to $5.45 to $5.65. The stock fell more than 14% last week after the release of the earnings report.

This was obviously not the start Ackman and Shaw were hoping for, but is their turnaround thesis broken, or do investors just need to have more patience? 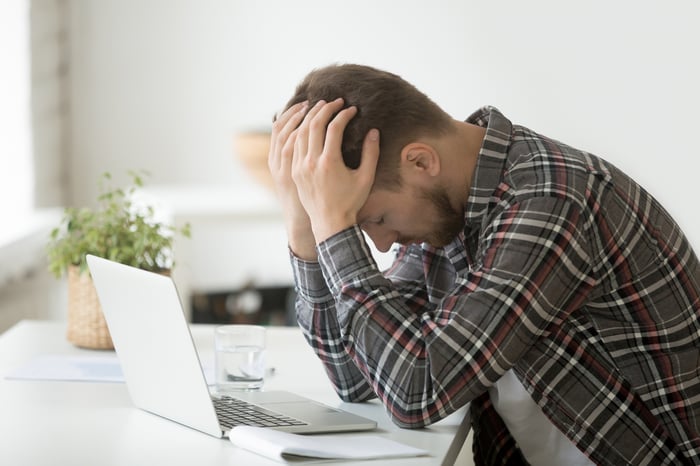 The main problem with the quarter was gross margin. If gross margin is lower than anticipated, that filters down through the entire income statement to earnings, which explains management's lowering of its full-year EPS target.

How did management explain the nearly 165-basis-point contraction in gross margin last quarter? Basically, by blaming prior management. Although the new team had been on the job for about six months at the start of the quarter, internal analytics were so outdated that management hadn't even realized that the previous team had allowed vendors to raise prices in 2018, while Lowe's hadn't raised prices in turn to compensate. Oops.

On the conference call with analysts, Ellison stated:

Over the past six months, we replaced two of our three merchandising Senior Vice Presidents, [and] we replaced 11 of our 13 Merchandising Vice Presidents. ... However, as we transition from legacy merchants to new merchants, there was much more disruption in Q1 than we anticipated, and this disruption was primarily driven by a lack of visibility in our pricing ecosystem. Our new merchant simply did not have a clear line of sight to the cost increases that were accepted by prior merchants as we transitioned. Based on the assisted -- really limited system visibility, we could not quickly analyze and offset these cost increases with appropriate pricing action.

Is it really possible that the new team Ellison installed had no idea of what its products' costs were until they were sold? It appears so. As Ellison said, "[W]e literally had no visibility to those cost increases until the inventory that was increased in cost started to hit the P&L [profit-and-loss statement] as it layered and sold through with inventory turns."

It's surprising that management didn't have a handle on this rather basic operating issue, which perhaps partly contributed to the stock's fall after the quarter. However, in a company as large as Lowe's, and with legacy tracking systems that were apparently as outdated as they were, it appears believable. So should investors give new management a pass for this mistake?

The large margin miss masked some other positives from the quarter. First, the company showed strong sequential improvement, with comparable sales improving from a 1.4% loss to a 3.5% gain and another 7.2% jump in February, March, and April, respectively. Management touted the fact that 10 of the 13 merchandising categories displayed positive comps. And remember, revenue growth did exceed expectations.

Importantly, the pro segment outpaced the do-it-yourself segment. Ellison had been particularly focused on this group after he took over, as the pro segment tends to have the most loyal and highest-recurring customer at home-improvement outlets. Lowe's had lagged Home Depot in this area, but in the first quarter, Lowe's held a Pro Appreciation event and attracted 40,000 new pro accounts.

"Our Pro comps significantly outperformed DIY, and we see early evidence that our strategic initiatives with a very important customer are gaining traction," Ellison said.

Don't give up just yet

While six months may seem like a long time, for a large national business such as Lowe's, it's really not. In the first quarter, new management retrained 280,000 employees, installed nearly 90,000 smart devices in stores, and is still bringing in new key executives. Changing a corporate culture doesn't happen quickly, or in a straight line. Management expects pricing improvements to begin showing up in the current quarter, but more significantly in Q3 and Q4.

In short, I don't think the turnaround thesis is busted -- it just may take more time than investors were thinking when they first heard the turnaround story last summer. For those who initially bought into the "new Lowe's" story, there's no reason to change now, and new investors may want to start thinking about initiating a position.