Please ensure Javascript is enabled for purposes of website accessibility
Free Article Join Over 1 Million Premium Members And Get More In-Depth Stock Guidance and Research
By Dan Caplinger - May 28, 2019 at 12:09PM

The biggest news of the day came from the automotive sector, where Fiat Chrysler ( FCAU ) announced plans to seek to merge with French rival Groupe Renault to create the third-largest automaker in the world. Meanwhile, for General Electric ( GE -2.58% ), turnaround efforts that have recently seemed to gain some steam now face yet another potential obstacle on the geopolitical front.

Shares of Fiat Chrysler jumped 7% as U.S. investors got their first chance to react to Monday's announcement that the auto giant had made a proposal to France's Groupe Renault to combine the two companies. News of merger talks came out over the weekend, and Fiat Chrysler issued a press release detailing the proposed combination. 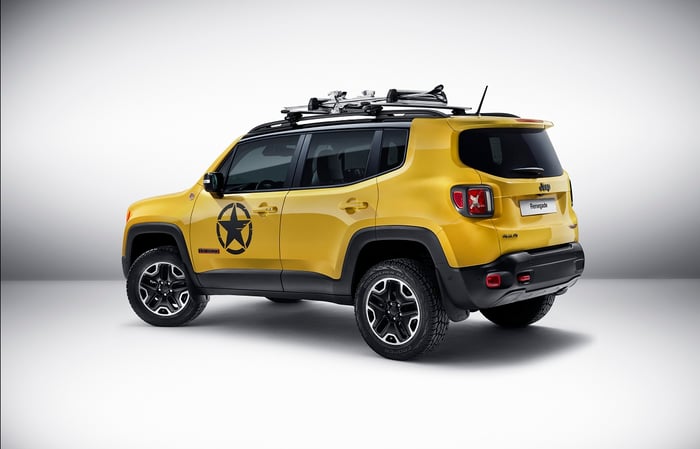 Under the likely terms of the deal, the combined business would be an equal 50-50 split between Fiat Chrysler and Renault, both in terms of shareholder ownership of the combined entity and with a balanced governance structure. A majority of members of the board of directors would be independent, ensuring that the combined automaker would be able to forge a new vision while still being true to the past legacies of each component company.

Combining Fiat Chrysler and Renault would create the third-largest automaker in the world behind Toyota and Volkswagen. In particular, bringing together the two teams would help to accelerate transformative technological innovations like autonomous driving and electric vehicles, and the companies expect massive cost savings even without having to close manufacturing plants.

For Fiat Chrysler, the news comes as the automaker has faced challenges recently. In the first quarter of 2019, the company suffered a 5% drop in revenue that helped send adjusted operating profit down almost 30% from year-earlier levels. With slowing sales in key markets like North America and Europe, Fiat Chrysler could use a growth-boosting move, and the automaker seems to think that forging a new partnership with Renault could be just the strategy it needs to hit the gas again.

General Electric saw its shares rise less than 1% on Tuesday morning as investors responded to the latest comments from a key Wall Street analyst who has stated his bearish views on the industrial giant several times in the past. Stephen Tusa of JPMorgan has a history of negative calls on GE, and he added another potential problem that the company faces on the global front.

The struggles of GE's power division have gotten a lot of attention recently, and there's no shortage of challenges that the company has to overcome there. Despite early signs of stabilization, GE Power has seen its margin levels drop and efforts to turn around the business take longer than many had hoped. Now, Tusa believes that the potentially lucrative Chinese market might not give General Electric the opportunities for growth that bullish investors have hoped to see because of China's rising determination to replace imports of GE gas-powered turbines with domestic production.

As the analyst sees it, expectations that General Electric can turn things around in its power segment within the next two to three years might well prove overly optimistic. Even if CEO Larry Culp and his management team can execute well to get the business moving in the right direction again, a slowing global economy, competition from major players like Siemens, and the threat of rising tariffs and other trade barriers could hit General Electric right at the time shareholders have hoped it could rise from the ashes.