Please ensure Javascript is enabled for purposes of website accessibility
Log In Help Join The Motley Fool
Free Article Join Over 1 Million Premium Members And Get More In-Depth Stock Guidance and Research
By Jim Crumly - May 28, 2019 at 5:00PM

Global Payments and Total Systems Services announced they plan to merge, and BioMarin reported results from a gene therapy trial.

Stocks fell Monday as concern that a trade deal with China won't happen anytime soon overshadowed news of a rise in consumer confidence in the U.S. The Dow Jones Industrial Average (^DJI 0.03%) and the S&P 500 (^GSPC 0.01%) opened higher but slumped in the afternoon to close at session lows. 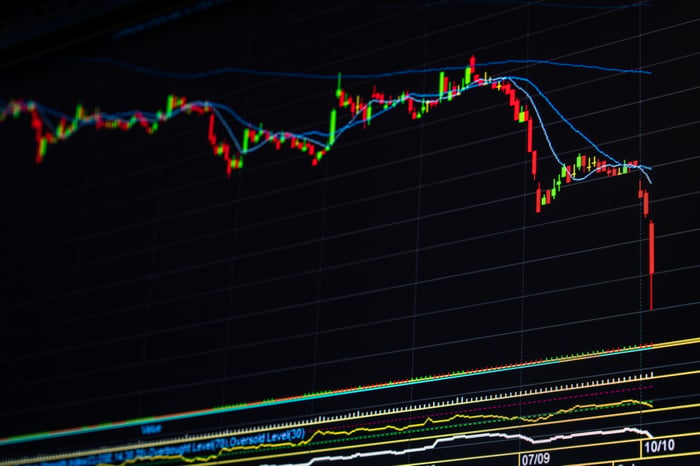 The new entity will be a payment powerhouse, providing payment processing and software solutions to 3.5 million businesses and 1,300 financial institutions in 100 countries and handling about 50 billion transactions per year. The companies expect the transaction to increase earnings per share by mid single digits in 2020 and low double digits thereafter and generate annual adjusted net revenue of about $8.6 billion.

BioMarin sees progress on gene therapy for hemophilia A

Biotechnology specialist BioMarin reported positive results from two studies of its gene therapy treatment for hemophilia A, but shares slipped 5.1%. The company announced that results from its phase 3 study met pre-specified criteria for regulatory review in the U.S. and Europe and provided an update after three years of following patients from an earlier phase 1/2 study.

The treatment, valoctocogene roxaparvovec ("valrox"), transfers to the patient the gene needed to produce clotting factor VIII, which is missing in patients with hemophilia A. In the phase 3 study, eight of 16 patients met the target level of factor VIII, and across all 16 patients, the estimated mean annual bleed rate fell 85% compared with the current standard of care. The phase 1/2 study showed factor VIII levels declined in year three, but appear to be reaching a plateau, leading the company to believe that the effects of the treatment should last at least eight years.

BioMarin intends to review the results with regulatory agencies in preparation for submittal and expects the approval process to support a launch by the end of 2020.