Aurora Cannabis (NASDAQ:ACB) is arguably the most popular pot stock on the market right now. Multiple analysts like it, and Aurora is attracting the attention of lots of millennial investors. And at least a couple of billionaires have jumped aboard the Aurora train.

Recent Securities and Exchange Commission (SEC) filings show that Citadel Advisors and Renaissance Technologies, two investment firms run by multibillionaires, bought shares of Aurora Cannabis in the first quarter of 2019. Citadel Advisors is led by Ken Griffin, who has an estimated net worth close to $12 billion. Renaissance's James Simon claims a net worth of more than $21 billion.

Why did these billionaire investors buy Aurora Cannabis stock? And should you consider buying it, too? 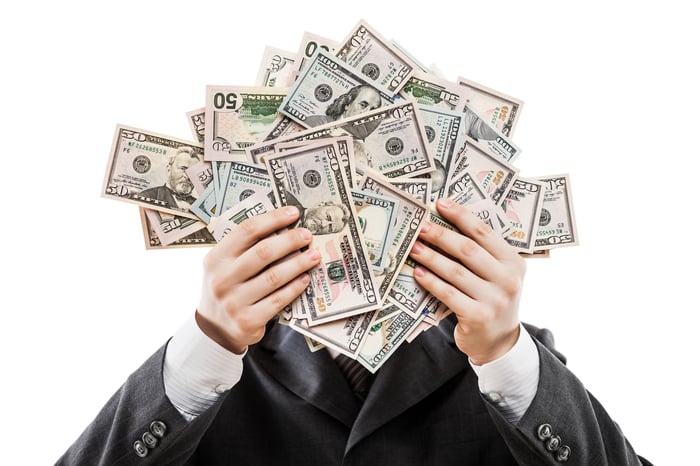 Jim Simon's Renaissance Technologies initiated a position in Aurora in Q1, buying more than $7.1 million of the stock. Aurora is currently the only marijuana stock in the firm's portfolio, unless you count Constellation Brands (NYSE:STZ), the alcoholic-beverage maker that owns 38% of cannabis producer Canopy Growth (NASDAQ:CGC). Renaissance held a direct position in Canopy Growth last year but later sold its shares in the Canadian company.

While SEC filings revealed that Citadel and Renaissance own shares of Aurora, the reports don't indicate why their billionaire leaders' like the stock. But we can probably figure that out pretty easily.

Cowen analyst Vivien Azer used to view Canopy Growth as the best pot stock on the market. Earlier this year, though, she named Aurora as her top pick for three primary reasons. I suspect that those reasons were also instrumental in the decisions by Griffin and Simons to buy Aurora.

At the top of Azer's list is Aurora's industry-leading production capacity. With demand outstripping supply in the Canadian adult-use recreational marijuana market, capacity is crucial.

Another reason Azer liked Aurora that probably was also a factor for Griffin and Simon is Aurora's relatively attractive valuation. Despite gaining nearly 70% so far this year, the company's market cap remains only a little over half that of Canopy Growth.

Should you buy the stock, too?

It's never a good idea to buy any stock just because billionaire investors bought it. On the other hand, it's not a bad idea to check out the stocks that major investors are buying to determine if they're a fit for you.

Keep in mind that the investing styles of Citadel Advisors and Renaissance Technologies might be more aggressive than yours. If you're the kind of investor who prefers relatively safe and stable stocks, you'll probably want to pass on Aurora.

But investors who aren't as risk-averse should find several things to like about Aurora Cannabis. The global cannabis market appears likely to grow tremendously over the long term. Aurora is without question one of the top leaders poised to benefit as this market expands.

The company also has other potential catalysts that could excite investors in the near future. Aurora tapped another billionaire investor, Nelson Peltz, to help line up partnerships with companies in industries that could be disrupted by cannabis. Canada's cannabis edibles and derivatives market is expected to open later this year, which could boost Aurora's revenue growth.

Consider the negatives for Aurora, though. The company isn't profitable yet and continues to spend a lot of money funding its operations and a flurry of acquisitions. Aurora also has a large number of convertible notes that will likely require it to issue a lot of new shares in the future, causing dilution in the value of existing shares.

It's also possible that international medical cannabis markets could take longer to take off than Aurora anticipates. This could leave the company with excess supply within a few years.

The bottom line is that Aurora isn't a good pick for some investors, but it could be for others. If it seems like a good fit for you, you definitely should copy billionaires Griffin and Simon in at least one way: Diversify. While both of the investment firms run by these men own significant stakes in Aurora Cannabis, the stock is only one of many spread out across multiple industries. They didn't become billionaires without managing risk effectively.