After a blistering run that lasted several years, Activision Blizzard (NASDAQ:ATVI) has struggled in recent months, dealing with increased competition and the growing popularity of free-to-play battle royale games.

The video game maker's stock has lost nearly half its value since peaking in early October, but Goldman Sachs analyst Michael Ng believes the selling is overdone. Ng upgraded the stock on Tuesday to buy from neutral, even adding it to the firm's "America's Conviction List." He raised Activision's price target to $54 from $50, nearly 28% higher than Friday's close.

Ng argues that a host of new content could boost user engagement in several of the company's flagship titles. There are also a number of upcoming releases and the likelihood for emphasis on "several undermonetized" games in the Activision Blizzard's arsenal.

Let's look at a few of these specific catalysts to see which have the best potential to drive the stock higher. 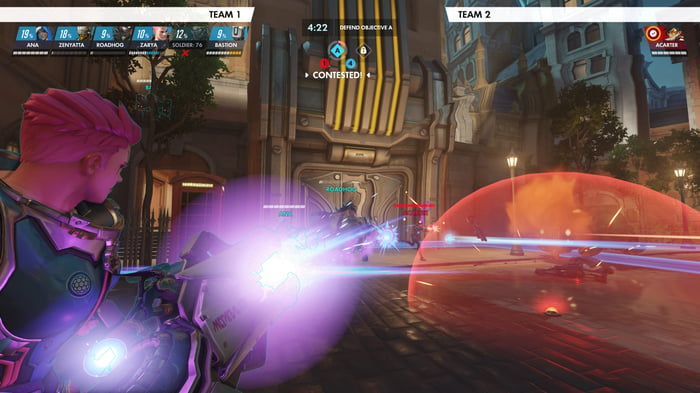 There's no doubt that Overwatch has become one of Activision's flagship gaming experiences. Just one year after its May 2016 release, the title is one of the company's $1 billion-plus franchises. It has since become the foundation for Activision's Overwatch League, the company's biggest foray into esports.

Earlier this month, Activision announced that for Overwatch's third anniversary, the company was giving away free in-game items and bringing back all of the title's previous seasonal cosmetic items, and many of the previous brawls. In addition, recent updates like Havana, Storm Rising, and Workshop mode should help boost player engagement.

Activision is also adding content to World of Warcraft, with the Rise of Azshara update that PC Gamer said "seems more mini-expansion than update." The company is also releasing a special Classic edition, which revisits World of Warcraft in its original state, as well as a collector's edition that will debut this summer. Hearthstone is also getting some love, with a Rise of Shadows expansion and the Dalaran Heist solo story mode.

While part of Activision's recent strategy has been to double down on its existing franchises, the company is also expanding on the success of those titles by releasing mobile versions of its hit games. Call of Duty is one such title, and the company recently revealed details about the mobile edition's battle royale mode, a highly anticipated option for players.

The company is also releasing Diablo Immortal, the mobile version of that popular title. There was initially backlash by fans who were concerned this might signal a broader shift by Activision to mobile and console platforms. But Blizzard Entertainment president J. Allen Brack addressed those concerns recently by saying, "We are a PC gaming company, and ... we're going to continue to be a PC gaming company."

Both releases should appeal to fans of the traditional Diablo Immortal game, while also potentially attracting new gamers.

While Activision boasts a total of eight franchises with $1 billion-plus in sales, not every game it creates is a megahit. Ng said he believes the company will add new content to a number of its under-monetized Blizzard titles in the near future, opening additional, more lucrative sources of revenue.

While he didn't identify the specific franchises, debuting new content, upgrading a game, or releasing an expansion is a time-tested way to increase player interest in a game. It isn't too much of a stretch to predict that Activision might employ a strategy that increases interest in existing titles, rather than relying too heavily on the hit-or-miss proposition of developing new games from scratch.

Ng believes that, with the combination of these moves, Activision "is on the cusp of an earnings inflection," as well as an "engagement inflection."

One thing's for sure: While Activision Blizzard has some work ahead, the company certainly hasn't lost half its earning potential over the past six months. I think Ng is making the right call. That's why I recently added to my Activision position.