Please ensure Javascript is enabled for purposes of website accessibility
Log In Help Join The Motley Fool
Free Article Join Over 1 Million Premium Members And Get More In-Depth Stock Guidance and Research
By Scott Levine - May 29, 2019 at 10:24AM

This fuel-cell specialist moved farther down the road in its journey to bring its hydrogen solutions to the electric vehicle market.

On a day when the S&P 500 dipped more than 0.8%, shares of Plug Power (PLUG 1.16%) rose 7% during regular trading hours and then another 2.3% in after-hours trading on news of a deal that will expand the company's presence in the electric vehicle (EV) market. The fuel-cell specialist's announcement provided investors with a reason to celebrate following the company's somewhat disappointing recent Q1 earnings report.

Illustrating a victory in Plug Power's drive to expand beyond its core competency of material handling equipment, the company announced an agreement with StreetScooter, an EV manufacturer located in Germany. According to the deal, StreetScooter will supply Deutsche Post's DHL with 100 hydrogen fuel cell-powered trucks built with Plug Power's ProGen hydrogen fuel cell engines beginning in 2020. 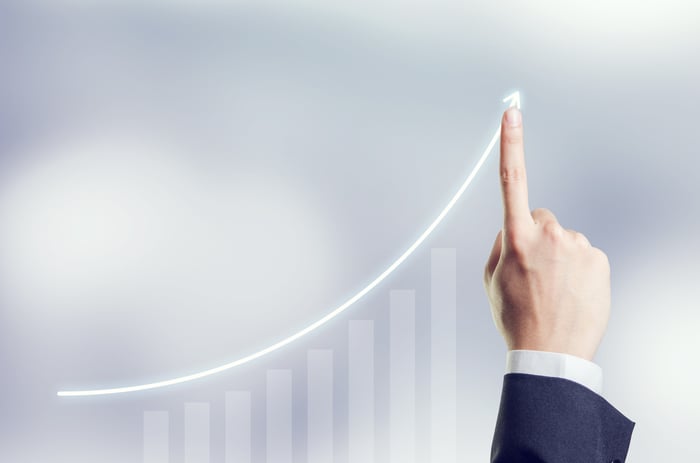 Speaking to the merits of the deal, Fabian Schmitt, StreetScooter's CTO, said, "It's our mission to help change the way our customers operate, providing them with reliable and sustainable mobile solutions to improve operational efficiency. Working with Plug Power to incorporate hydrogen fuel cell technology into our vehicles is yet another way we're able to deliver on that promise."

Plug Power's deal with StreetScooter doesn't come as a great surprise considering that it has been exploring the viability of its on-road fuel-cell solutions with another logistics provider, FedEx. In 2018, Plug Power delivered its first fuel-cell electric van for on-road use in North America; subsequently, FedEx has logged more than 17,500 miles of on-road operation using Plug Power's Pro-Gen engine. In addition, Andy Marsh, Plug Power's CEO, addressed the opportunity that Germany represents on the company's Q3 2018 conference call when he referenced the country's commitment to building an infrastructure of 400 hydrogen fuel stations by 2023.

Thanks to the deal with StreetScooter, Plug Power becomes the first company to deploy at scale a fuel-cell solution for last-mile delivery vans. Presumably, the supply agreement -- the financial terms of which were not released -- will not launch Plug Power into the land of profitability, but it does suggest that this in-road can lead to greater opportunities in the years to come. For example, in a presentation on the deal, Plug Power quoted Markus Reckling, the head of German operations at DHL Express, as saying, "If everything works as we imagine it would, there could soon be 500 vehicles worldwide." Moreover, a successful collaboration with StreetScooter and DHL could pave the way for a similar partnership with FedEx or other logistics providers.

While the signing of notable deals is a hallmark of Plug Power's history, investors familiar with the company know that another feature of its past is the more dubious distinction of consistently failing to generate a profit. Consequently, investors tempted to pick up shares of Plug Power would be better served to pump the brakes and adopt a more cautious approach, and watch, instead, to see if the company succeeds in achieving its goals for the rest of 2019.