At first glance, Netflix (NASDAQ:NFLX) looks like a terrible investment. The streaming video veteran's shares have gained a market-beating 33% in 2019, trading 55% over their 52-week lows at the princely valuation of 130 times trailing earnings. The company will also report negative cash flows for the foreseeable future and is taking on large chunks of fresh debt just to keep the lights on. Sounds like a surefire recipe for disaster, right? I mean, just look at these horrific financial trends: 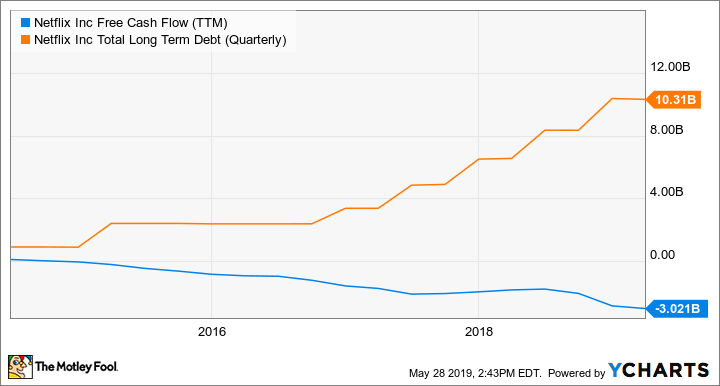 So, I understand where the Netflix bears are coming from. If the company doesn't turn things around soon, its end will surely be swift and terrible. That will be a tough trick to pull off at a time when everybody from Walt Disney (NYSE:DIS) to AT&T (NYSE:T) (nee Time Warner) is launching its own streaming platforms to compete head-to-head with Netflix. In particular, it must be painful to see former content partner Disney pulling away its top-quality content portfolio to the upcoming launch of Disney+.

You have to remember that Netflix isn't just throwing its cash away. The company is investing billions of dollars per year into producing original content.

That effort is the rocket fuel behind Netflix's subscriber and revenue growth, because that's how the company makes people want to subscribe to its services. It's also an award-winning project, snagging more Emmy trophies than longtime awards king HBO in last year's gala. Next up, Netflix hopes to build some momentum at the Oscars as well -- over furious protests from industry legends like Steven Spielberg.

Yes, Netflix is losing content from its partners. Yes, some of those subtractions will hurt. I'm sure that a few Netflix subscribers actually will cancel their accounts when Disney+ goes live, because that stuff was the only reason those families had a Netflix subscription in the first place.

But both Netflix and Disney+ are very reasonably priced and should offer plenty of entertainment bang for their tiny bucks. And I wouldn't be surprised to see some of the canceled Netflix accounts lighting up again a few months later, when the kids start to miss their Aggretsuko fix, or the new season of Trollhunters, or the next round of the Anne With An E phenomenon. Disney+ won't have those titles, and that scrubbed Netflix account didn't put much of a dent in the wallet anyway. It won't hurt to have both. 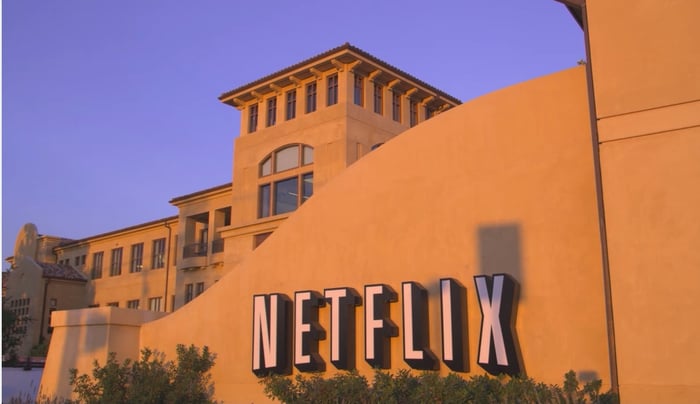 Similar balancing acts will be played out in households all around America and the world, and I don't think Netflix will suffer much of a loss in the end. We're looking at a very large target market, still in its infancy in many ways. Remember that cable TV subscriptions peaked at 87% of all households with access to cable services, as recently as 2012.

Netflix currently reaches 60 million U.S. customers out of 128 million potential households. That's a penetration rate of just 47%, leaving plenty of room for further growth in Netflix's most mature market. The potential growth story only grows more exciting if you broaden your horizons to a worldwide perspective, where about 1.4 billion households have a TV but Netflix only addresses 149 million subscribers. That's a measly 11% penetration rate.

As noted earlier, there's also plenty of room for overlap here. Signing up for Disney+ will be possible even if you don't cancel Netflix and pledge your undying love to the House of Mouse. There's room for several winners, and both Netflix and Disney are likely to carve out leading positions for the long haul.

We're still in the early days of Netflix's rambunctious growth story, and with greater business scale comes cash returns on those expensive content investments. Netflix expects its cash burns to start slowing down in 2020 and eventually turn positive instead.

Sell Netflix now -- or simply stay away from the buy button -- because of its generous content investments today, and you'll regret it in five years. Netflix is still very much a buy for patient investors who don't mind some turbulence along the way. The short-term bumps don't really matter as long as the long-term story stays intact, and I don't see any real threats to Netflix's content-powered growth plans today. Here's a visual aid that shows that even critics would agree Netflix is doing some important things absolutely right: 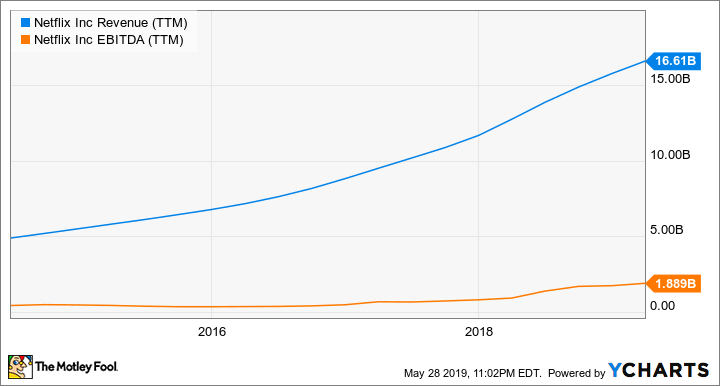