Mobile game maker Zynga (NASDAQ:ZNGA) has been looking to raise cash to help pay for acquisitions of smaller studios. "We are currently assessing a number of actions to increase our cash reserves to further fund growth through acquisitions," CFO Gerard Griffin said in February. "These actions include a potential sale-leaseback of our San Francisco building, as well as additional debt financing alternatives." The finance chief echoed that statement on the earnings call earlier this month.

Zynga, which has acquired 33 companies throughout its history, announced yesterday that it has inked a sale-leaseback agreement relating to its San Francisco headquarters. Under the terms of the deal, Zynga is selling the headquarters to an affiliate of Beacon Capital Partners, which will lease back roughly 185,000 square feet to the maker of FarmVille. The purchase price will be nearly $603 million, a hefty $369 million gain compared to the $234 million Zynga paid for the property back in 2012. The lease will be good for 12 years, lasting from July 2019 through July 2031, with Zynga paying roughly $10 million per year in rent (potential annual increases will be capped at 3.25%).

That gain will be quite a windfall for the company, one that it can use to beef up its balance sheet. "Zynga's building sale delivered a strong return, and we look forward to investing the proceeds into future growth," CEO Frank Gibeau said in a statement. To put the real estate profit into context, Zynga has lost a cumulative total of nearly $1.1 billion over the past 10 fiscal years (not including Q1 2019, when it booked $5.6 million in net income). 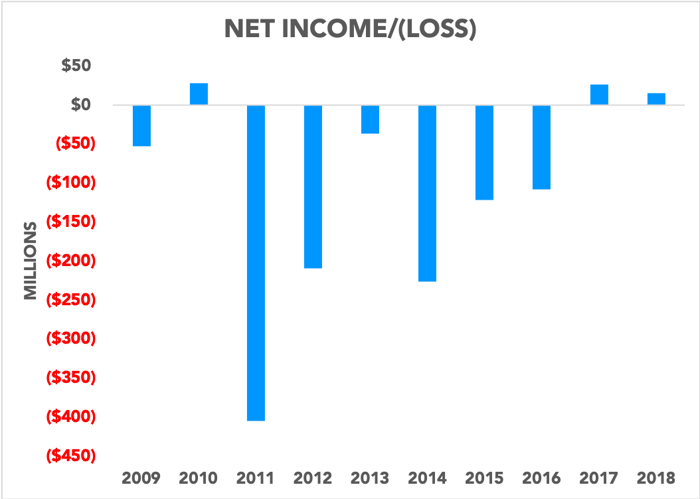 Zynga has never generated more than $30 million in GAAP net income in any given year yet has always spent lavishly on acquisitions to drive growth. The game maker spent $222.4 million in cash on acquisitions in 2018 (net of cash acquired).

"As we execute on our multi-year growth strategy, we see opportunities to acquire talented teams, franchises and technologies to further enhance our three growth pillars," the company wrote in its first-quarter shareholder letter. "These additional resources will increase our flexibility to fund future acquisitions."

At the end of the first quarter, Zynga was sitting on $252 million in cash and had $100 million of outstanding debt related to its $200 million revolver.

The transaction is expected to close before the end of July, according to regulatory filings, so the proceeds might not get booked on the second-quarter balance sheet. Regardless of the timing, Zynga is clearly getting locked and loaded so that it's ready to pull the trigger on whatever acquisition it makes next.

"We believe the primary use of cash will be potential acquisitions of smaller studios that can complement the Zynga portfolio," Piper Jaffray analyst Michael Olson wrote in a research note. "However, we are not anticipating a major, transformative acquisition, but instead, opportunities similar to its recent spate of purchases."