The catalysts these companies enjoy could translate into big returns for shareholders in the coming decades.

The very idea of buying and holding a stock for 50 years may sound daunting to many, but the point here is to find companies that won't just be around decades from now, but ones that have survived economic ups and downs and thrived. After all, you buy stake in a business each time you buy a stock, so the business needs to thrive for you to eventually make money on your investment. No one can predict the future, but we can surely find stocks with the greatest growth potential in the coming decades by studying their fundamental strengths and industry catalysts.

George Budwell (Viking Therapeutics): Investing in clinical-stage biotech stocks requires patience. As a point of fact, most drugs take upwards of a decade to complete the rigorous clinical trials process, and then it can take another two to three years for a drug to begin to carve out a profitable niche following approval. Small-cap, pre-revenue biotech Viking Therapeutics is no exception to this trend. But the pay-off for early-bird investors in this promising developmental biotech could be enormous.

Viking's investing thesis centers on the company's experimental non-alcoholic steatohepatitis (NASH) candidate VK2809. VK2809 has already posted stellar mid-stage results in patients with non-alcoholic fatty liver disease and elevated low-density lipoprotein cholesterol. The company thus plans to evaluate the drug in another mid-stage trial later this year as a treatment for NASH. If this next trial pans out, Viking should be poised to launch a pivotal NASH trial by either late 2020 or early 2021. The big deal is that NASH is forecast to grow into a $35 billion a year market, and there are currently no drugs approved for this devastating liver disease. 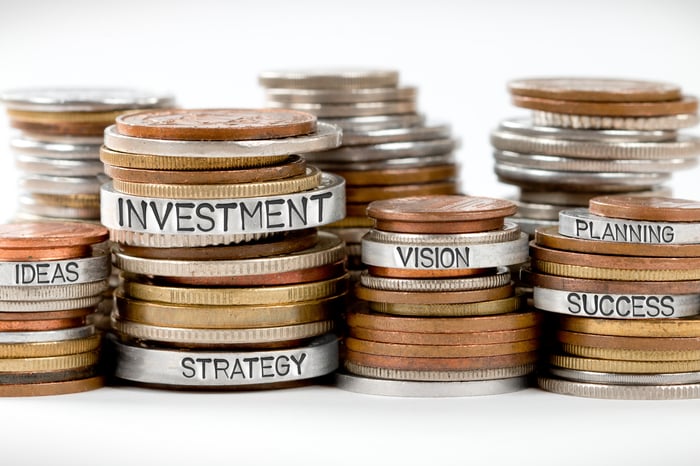 It's never too early to plan for your future. Image source: Getty Images.

The best part of this story is that VK2809 seems capable of becoming a backbone therapy for NASH based on its outstanding mid-stage results, although critics have been quick to point out that the drug has yet to be assessed in this particular indication directly. As an important side note, Viking is also gearing up to launch an early-stage study for VK0214 in patients with a genetic disease known as X-linked adrenoleukodystrophy, giving the company yet another major value driver in the years to come.

In all, Viking isn't a stock that's going to make you rich overnight, but it could be a great long-term buy-and-hold for risk-tolerant investors.

A key player in the huge healthcare market

Neha Chamaria (Welltower): NASH is often diagnosed in patients between 40 and 60 years old, but its causes are relatively unknown. On the other hand, some diseases are essentially associated with old age, such as Alzheimer's and dementia. In the U.S. alone, the number of people with Alzheimer's is expected to more than double by 2050, and its cost of care is expected to more than quadruple.

When you factor in other age-related diseases, the potential demand for not only medicines but healthcare facilities as well suddenly assumes great proportion. It is, in fact, a glaring reality given the aging population worldwide: The U.S. Census Bureau projects the global population of 65 years and above to hit 1 billion by 2030 and 1.6 billion by 2050, from 617.1 million in 2015. That also means a big addressable market for a company like Welltower, which owns more 1,660 healthcare properties offering senior housing, outpatient medical, and post-acute care services. Welltower is the largest healthcare real estate investment trust (REIT) in the U.S.

Welltower has made two important changes to its portfolio in recent years: expanding senior housing in premier, urban markets in North America and the U.K., which have strong barriers to entry, and concentrating on private pay sources of revenue over fluctuating government-funded programs like Medicare. More than 90% of the company's portfolio is now private pay. These strategic moves, coupled with a diverse portfolio, should position Welltower better to exploit opportunities ahead.

On top of that, its REIT structure means Welltower has to pass 90% or more of its taxable income to shareholders in the form of dividends. In other words, higher profits and cash flow should, by default, mean higher dividends for investors. The dividend growth, coupled with a yield of 4.7%, could mean market-beating returns for shareholders willing to hold the stock for decades.

A chance to smoke the competition

Although there are skeptics, Philip Morris has publicly committed to wanting a smoke-free future. While that seems at odds with its monstrous cigarette business, the stance recognizes that eventually, it will peter out. In its place will likely be some kind of alternative, and Philip Morris has in its IQOS heated tobacco device what it believes will be the choice that gets consumers to make the switch.

Rather than like typical electronic cigarette manufacturers whose devices heat up a nicotine-infused e-liquid, the IQOS heats real tobacco to the point where it creates a vapor, which is then inhaled. It was just approved by the FDA for sale in the U.S., where it will be marketed under Altria's Marlboro brand.

Philip Morris has its work cut out for it as Juul Labs' e-cig, the JUUL, has quickly come to dominate the market with about a 75% share. However, because teens also find the device attractive, and the FDA believes it is attracting teens who never before smoked, it is facing close regulatory scrutiny. That gives the IQOS an opportunity to take share from the leader and establish itself as the viable smoking alternative that gives the closest experience to actual smoking since it uses real tobacco.

Smoking will probably never be fully eradicated, and in many countries, it's still a thriving market. That Philip Morris International services most of them and is the market leader there suggests it will be a good investment for decades to come.

3 Stocks That'll Turn Your $1,200 Stimulus Check Into a Money Machine