Please ensure Javascript is enabled for purposes of website accessibility
Log In Help Join The Motley Fool
Free Article Join Over 1 Million Premium Members And Get More In-Depth Stock Guidance and Research
By Demitri Kalogeropoulos - Jun 1, 2019 at 10:45AM

A preview of the retailer's first-quarter report due out in just a few days.

Five Below (FIVE -1.69%) shares have trounced the market so far in 2019 as investors have gained confidence in its growth strategy. The youth-focused retailer wrapped up a banner fiscal 2018, with healthy customer traffic at existing locations and a successful expansion into several new metropolitan markets marking just two of the highlights.

On Wednesday, June 5, Five Below will have an opportunity to show investors that this positive momentum carried into the new fiscal year and kept the chain on track to roughly triple its store base over the long term.

Let's take a closer look at what shareholders might see in the upcoming earnings report. 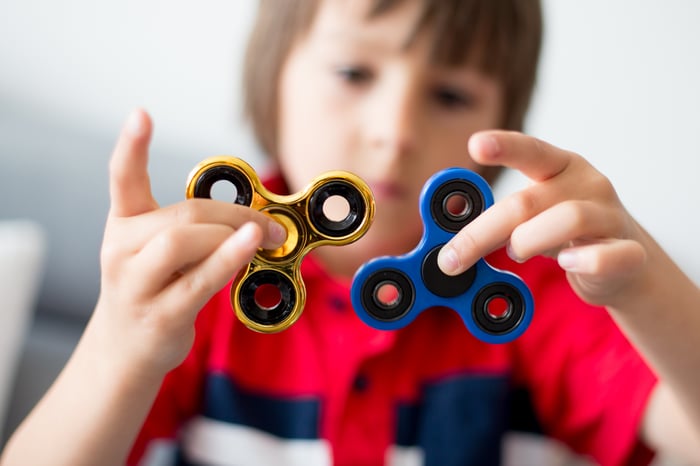 Most investors who follow the stock are expecting to see sales rise by about 23% to $364 million. Most of that growth should come from the company's expanding store base. Five Below is aiming to add as many as 150 new locations to its base this year, up from 125 launches in 2018.

CEO Joel Anderson and his team have pointed out in recent quarters that store additions, including those in entirely new markets, have all produced market-thumping early returns. In fact, executives said back in March that the latest crop of launches is on track to set a record for average annual sales and operating income. Five Below needs these trends to continue if it's going to eventually cross 2,500 retailing spots, compared to the 750 it currently operates.

Healthy growth at existing locations is important, too, since it would demonstrate that management is finding ways to attract customers in an often fad-driven shopping niche. Comps rose 4% in fiscal 2018 as the chain took advantage of bankruptcies in the toy industry while also boosting sales of core product categories including tech, room furnishings, and candy. That marked Five Below's 13th consecutive year of comps growth, and investors are expecting that trend to continue into 2019.

Like most of its retailing peers, Five Below's profitability is under pressure from things like rising labor and supply chain costs, tariffs, and general price inflation. The company also made a calculated choice to target low-margin toy sales in the wake of the Toys R Us bankruptcy. Overall, operating margin dipped just slightly in 2018, and held at about 12% of sales.

Investors should expect to see another modest margin drop this quarter as the chain directs cash toward building out its distribution network to support its widening geographic base. By the end of the year, it should operate in 36 states, up from 33 in 2018, with its 1,000th store opening likely coming by mid-2020. Shareholders will also be curious to hear what Anderson has to say about whether increasing trade tensions might hamper the company's ability to stock stores with lots of cheap products.

The chain's first official outlook for 2019 predicted a second straight year of slowing sales growth at existing locations as comps check in at 3%. However, its ramped-up store openings should allow revenue to rise by about 20% to between $1.87 billion and $1.89 billion. Earnings per share are targeted to rise to between $3 and $3.07, up from $2.66 last year.

Each of those predictions is subject to revision to reflect the latest demand and cost trends, and investors will find out on Wednesday whether these trends have changed management's thinking about the 2019 fiscal year.