Digital streaming services are enjoying rising demand, and last year's IPO of Spotify Technology (NYSE:SPOT) finally gave investors a way to ride the growth of one of the most widely used streaming services in the world. At 100 million subscribers and growing, there are plenty of reasons to like Spotify's prospects.

But some analysts on Wall Street have a bearish opinion of the stock. There are concerns about Spotify's lack of profitability, music companies' control over content, and heightened competition from other tech giants. These concerns have weighed on the stock's performance, with the price down 5.4% since its IPO in April 2018.

So are the concerns justified? Let's take a look. 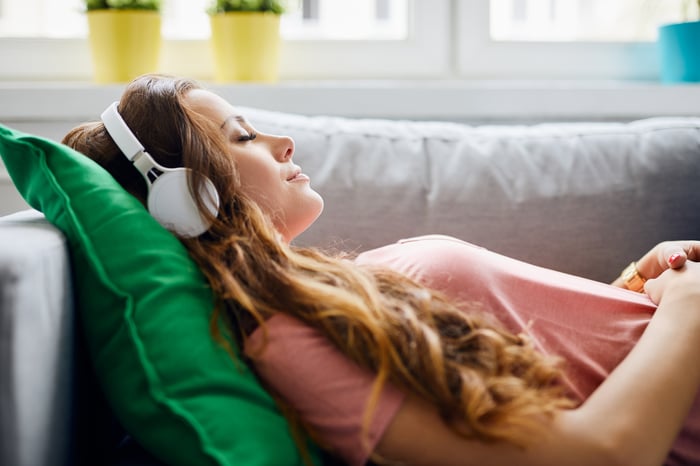 Why investors are bullish

Most investors who are bullish on Spotify will cite the company's massive reach with 217 million monthly active users. The subscriber base grew 32% year over year in the first quarter, and management is calling for monthly active users to increase between 18% and 28% in 2019.

Also, Spotify is making new investments in podcasts with the acquisitions of Parcast, Gimlet, and Anchor to stay on course to reach over 1 billion listeners over the long term. Revenue grew 28% year over year on a trailing 12-month basis, and the company expects its top line to increase between 21% and 29% this year.

What's weighing on the stock price

Even with that momentum, there are plenty of skeptics. For one, Spotify is starting to face more competition as Amazon.com, Alphabet, and Apple come on strong with their respective music services. Although these companies don't disclose the number of subscribers in specific regions, Apple Music reportedly surpassed Spotify in subscribers in North America recently.

These tech companies have sticky ecosystems and vast resources at their disposal, which could allow them to strike better deals with the music labels and artists and undercut Spotify.

Also, there are concerns about Spotify's profitability -- it hasn't reported any profits, and analysts aren't sure when it will break even. The company pays a royalty to the music labels for the right to stream music, which means costs move in tandem with revenue. This royalty is based on a combination of a percentage of subscriber revenue and user engagement measures, and it makes up a substantial portion of Spotify's cost structure.

Last year, Spotify's cost of revenue -- which primarily consists of royalties paid to the big music companies -- was 74% of total revenue. As you might imagine, the music companies are doing very well with digital streaming. The streaming market grew 34% last year and made up 47% of all music industry revenue.

What this illustrates is that streaming services are ultimately at the mercy of the content owners. With so many streaming services available these days, and only three companies -- Vivendi, Sony, and Warner Music Group -- providing the bulk of the content, the power to negotiate royalty fees is weighted toward the big three music companies. Nothing is preventing the music labels from gradually increasing royalty fees over time. A fee increase will hurt Spotify a lot more than it will Amazon or Apple, since music streaming is not the primary way those tech companies generate profits.

Another thing to keep in mind is that the music companies have lost billions of dollars to music piracy over the years, and digital streaming is a way for them to recover lost ground. It's in the music labels' interest to see as much competition as possible among the various streaming services. More competition means less profit for the music streamers as they compete among one another, leaving more of the industry's profit floating up to the content creators, such as record labels and artists.

The bears have a good argument, but I think there are a few things hidden between the lines that still make Spotify a good investment.

First, while Spotify is unprofitable, it generated $358 million in free cash flow last year, representing an increase of 121% year over year. Spotify also has a sterling balance sheet with $3.8 billion in cash and investments and no debt.

Second, I believe the concerns about competition are overblown. Sure, Apple Music is growing, and all these tech giants have massive resources to invest, but Spotify still has a fast-growing, sizable customer base. The company says that its users have created over 1.5 billion playlists, which shows the investment users have made in the service -- they are not likely to abandon Spotify anytime soon.

Additionally, Spotify has invested heavily in technology to deliver the right playlists based on each listener's taste, which largely explains the service's popularity.

The music companies could still increase their royalties to make more money, and that could pressure Spotify's bottom line, but that threat could also serve as a buffer to keep new upstarts at bay. Spotify has spent billions of dollars to get to where it is today, and its relationship with the music labels would make it very unlikely for a new service to be as successful.

I believe the pros outweigh the cons here. Spotify is a leader in digital audio. It has brand ubiquity, given all the devices by which users can access the service. Plus, the company continues to see a big opportunity internationally, having just entered India, where it's seeing early success.

All in all, Spotify should continue to grow for many years.

How Risky Is Spotify? @themotleyfool #stocks $SPOT Next Article
Current