Garmin seemed to be one of the companies that could be hit hard by the Apple Watch, but it's gotten stronger since the product was released.

Apple (AAPL 1.37%) has a long history of disrupting industries, and one of the companies that seemed to have a lot to lose from the iPhone and Apple Watch was Garmin (GRMN 0.39%). The company's core technology is GPS, and with the iPhone, a GPS is in nearly everyone's pocket. What's more, the Apple Watch is now the most popular watch on earth, which initially seemed to be bad news for other smartwatch makers.

Contrary to what may have seemed obvious a few years ago, Garmin has grown nicely over the last three years, and its stock is up 79%. That's an impressive performance, and it shows that Garmin may have an Apple-proof business. 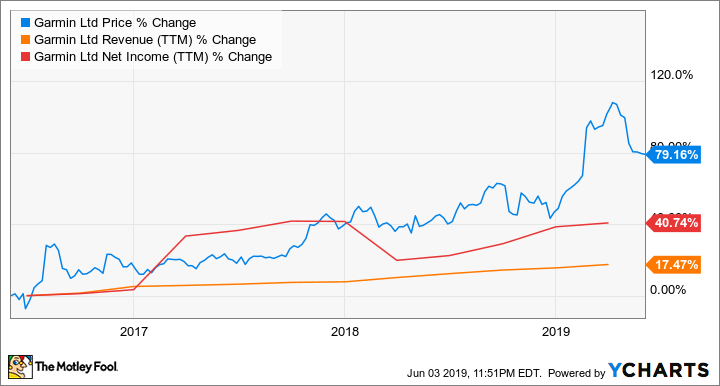 Where Garmin is having success

I've used both watches, and the difference between them is simpler than it may seem. The Apple Watch offers a more elegant interface and seamlessly integrates with the iPhone, but after a year its already limited battery starts to become a problem. Making it through the day with even a fully charged watch can be a challenge, especially if you're using GPS or cellular features heavily.

The Garmin Fenix 5, on the other hand, lasts for weeks on a single charge. After years wearing an Apple Watch, it was battery life that caused me to switch to a Fenix 5 for everyday use. I even wear it while sleeping because the watch tracks my sleep. From a practical perspective, Garmin's battery life is its biggest selling point. 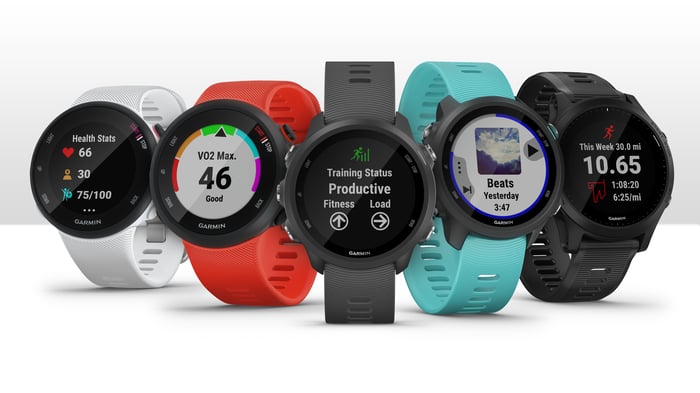 Garmin does simple and Apple is now complex

Oddly enough, another big advantage Garmin has is its simplicity. The Fenix 5 has five buttons, all easily distinguishable from one another. A few clicks and I can start a workout or set a timer, which is nice for active users who may be using their watch on the go. Interacting with an Apple Watch, even while walking, can be a challenge.

Apple has built its business on being simpler and more intuitive than competing tech companies. In watches, it's managed to make a simple product complex, and that's left an opening for Garmin to step into.

The introduction of more smartwatch options and software that tracks everything from sleep to golf shots means Garmin is doubling down on its wearables strategy. Given its success in steadily expanding its niche products to have more mass-market appeal, I think we're seeing Garmin demonstrate that it has a solid strategy in the wearables market.

Garmin's stock isn't cheap at 21 times trailing earnings, but if the company can keep growing steadily it may not be a bad price over the long term. The company has been able to slowly increase watch prices and ultimately profit margins over the last three years as consumers get used to higher prices. And now that we've seen it can withstand Apple's best attempt at disruption, investors know Garmin is built for the long haul.