The monster auto merger that was going to happen soon now isn't, plus possible Facebook money and some intriguing news about Wells Fargo's top job.

Although it's fading, we're still in the wake of the current earnings season. That's moving certain stocks in after-hours trading, but there are other worthy pieces of news shifting shares.

A big one concerned Fiat Chrysler (FCAU), while there was some intriguing speculation about Facebook's (META -0.11%) business. Oh, and there was a new development in the Wells Fargo (WFC 0.00%) CEO saga. 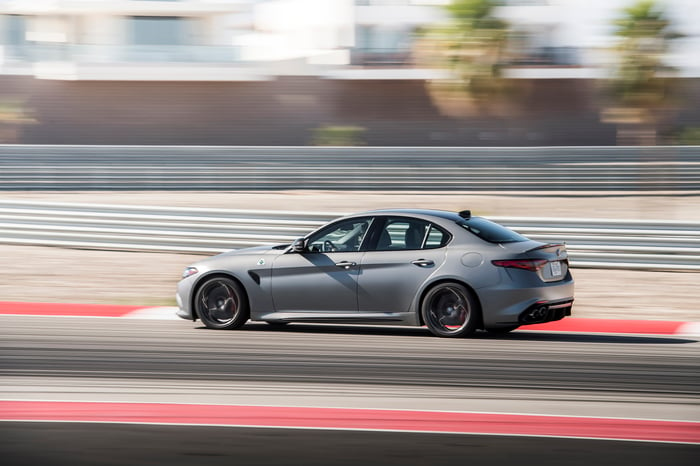 Fiat Chrysler says no to Renault

The big, looming merger in the automobile sector has unraveled: Fiat Chrysler today withdrew its proposal to merge with French peer Renault, a move that was reported well after market close.

According to a Bloomberg article, citing "people familiar with the matter," Fiat Chrysler opted to retreat after Renault's board went a second day without reaching a decision on its offer. The deal had also faced some concern from the French government, which aims to preserve the relationship between Renault and Japanese automaker Nissan (the two belong to the durable Renault-Nissan Mitsubishi Alliance).

Fiat Chrysler pointed to the political aspect as a key reason for its withdrawal. "[I]t has become clear that the political conditions in France do not currently exist for such a [merger] to proceed successfully," the company said in a tersely worded statement on the matter.

Fiat Chrysler's offer was formally submitted late last month. The merger would have created a company 50/50 owned by the shareholders of both Fiat Chrysler and Renault. It would have been the third-largest carmaker in the world, with a market value of roughly $40 billion.

Investors aren't happy Fiat Chrysler is leaving the altar. The company's shares are currently trading down nearly 5% this evening.

Look for some renewed interest in cryptocurrencies in the very near future. This afternoon a report was published in The Information, then disseminated more widely, saying that Facebook will soon create its own.

According to The Information, citing "people briefed on the plan," this cryptocurrency will be announced by Facebook later this month. It will be used in commerce for various items throughout the Facebook ecosystem, and the site's 2.4 billion or so monthly active users will be able not only to spend it, but to store it and exchange it for fiat currency.

The Information's article said that Facebook also plans to install kiosks where people can purchase the cryptocurrency.

Facebook apparently does not plan to control the currency itself. The money's blockchain will be stored on a network of "nodes," or computer hosts, and run through an independent foundation. The report said that the company is actively seeking third-party organizations to operate nodes, and even considering charging them $10 million for this right.

The report did not name the Facebook digital currency, if it in fact has one at this stage.

Facebook, not surprisingly, hasn't commented on the report. Its stock is in the top 20 of actively traded titles in the after market, so apparently someone's noticed. The shares are trading slightly down from their closing price at the moment.

Elsewhere in financial media, several reports published after market hours have it that Wells Fargo is contemplating the removal of the "interim" adjective next to CEO Allen Parker's job title.

Parker was named as the stopgap CEO of the troubled Wells Fargo in March. He had previously served as the big bank's general counsel, and was senior executive vice president. He joined the company in early 2017.

If Wells Fargo makes the insider Parker its permanent CEO, it would mark a sort of U-turn in strategy. Earlier this year, in a press release announcing the departure of Parker's predecessor, Tim Sloan, bank board chair Betsy Duke was quoted as saying that "the board has concluded that seeking someone from the outside is the most effective way to complete the transformation at Wells Fargo."

Wells Fargo has not commented on the recent media reports. Its stock is down marginally following market close.