Apple (AAPL -1.44%) recently introduced "Sign In With Apple," a single sign-on (SSO) system for iOS apps. From now on, any developer that integrates a third-party SSO system into an app will be required to add Apple's SSO service as an option.

The move was a clear shot at Facebook (META 0.55%) and Alphabet's (GOOG -1.59%) (GOOGL -1.64%) Google, which use SSO systems to tether apps to their data-gathering ecosystems. Apple stated that its system would only gather a minimum amount of data and would block access to users' real email addresses. 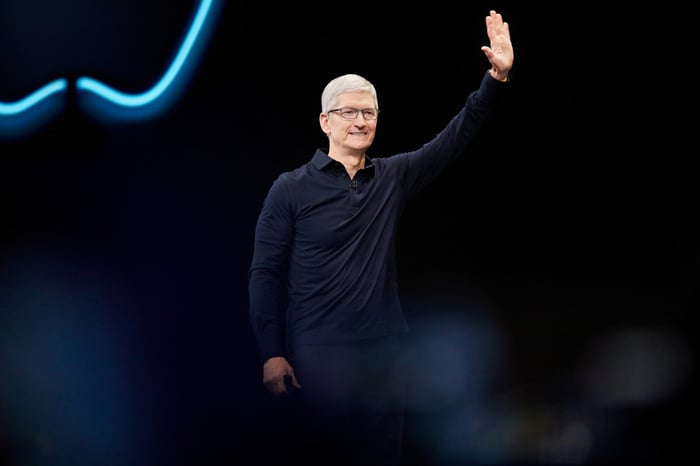 Facebook and Google both generate most of their revenue from online ads. Advertisers flock to the two platforms because their ads can easily target specific demographics of users.

Facebook gathers that data based on a user's location, social connections, and other interactions. Google does the same through a record of a user's online searches, visited locations, and other data. Both companies expanded their ecosystems several years ago with single sign-ons for first-party services as well as third-party sites and apps.

That move streamlined sign-ons for users, who no longer had to deal with separate logins and passwords across multiple sites and apps. However, it also allowed Facebook and Google to accumulate more data from third-party apps and sites, which enabled them to craft better targeted ads.

That expanding network of apps and sites strengthened Facebook and Google's dominance of the online advertising market. The two companies now control nearly 60% of the U.S. digital ad market according to eMarketer. Their closest competitor is Amazon, which the firm estimates will claim 9% of the market this year.

But Apple likely has ulterior motives

Apple is promoting its SSO system as a way to free iOS users from Facebook and Google, but it likely has other motives. As Apple's hardware sales decelerate, it's relying more heavily on the growth of its services ecosystem -- which generated 20% of its revenue last quarter -- to pick up the slack and lock in users.

Most of Apple's services revenue comes from the App Store, but that ecosystem is expanding with Apple Music, Apple Pay, Apple TV+, Apple News+, and Apple Arcade. It also recently split iTunes up into separate subscription-based apps.

Apple might not be gathering users' data to craft ads, but it can still use that data to gauge consumer tastes and optimize its subscription services, just as Netflix analyzes viewership data to create new shows.

One of Apple's greatest strengths is its ability to lock in users with cloud data, digital purchases, and synergies between first-party hardware devices. iPhone users are often reluctant to switch to Android devices because they would be locked out of that ecosystem -- and an SSO system strengthens the barriers of that walled garden. For example, a user who signs into an app with Apple account would likely lose their data if they switched over to the Android version.

Apple's move doesn't leave Facebook and Google with many options. Facebook and Google certainly won't protest by pulling their apps from iOS, and there's no real way to challenge Apple's new rule for developers. It's unclear how many iOS users will sign in with Apple instead of Facebook or Google, but both companies could see less data flow in from iOS users -- which could reduce the effectiveness of their targeted ads.