Trade jitters and a rough quarter had investors on edge.

Shares of Honda Motor (HMC -3.90%) dropped in May after the company's quarterly profit and full-year guidance fell short of analyst expectations. Investors were also worried about the effects of potential trade wars involving the United States, a key market.

Honda's report for the quarter that ended on March 31, the fourth quarter of the company's 2019 fiscal year, raised some concerns among analysts. For starters, while revenue rose 3.4% on a 5.2% global increase in auto sales, profits fell sharply: Honda's operating profit declined by two-thirds from the year-ago period, to 42.3 billion yen ($390.9 million), dropping its operating margin to just 1%. 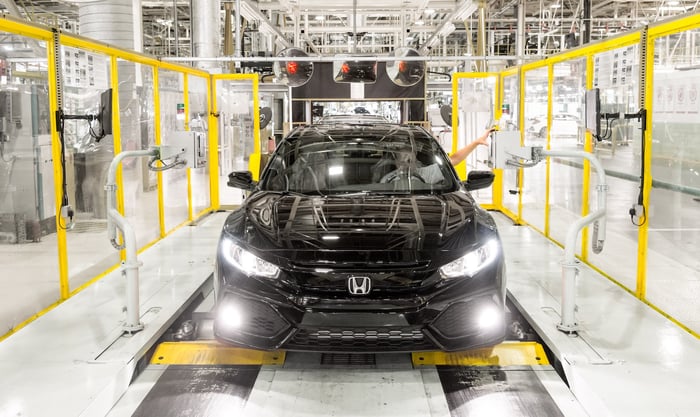 Honda said it will close a British factory in 2021 as part of a broader restructuring in Europe. Image source: Honda Motor.

What happened? Restructuring costs took a bite: Honda took a charge of 68 billion yen ($628.4 million) for a restructuring effort in Europe, more than enough to wipe out its automotive profit for the quarter. Unfavorable exchange-rate movements added to the pain, trimming profits further in the company's automobile and motorcycle business units. 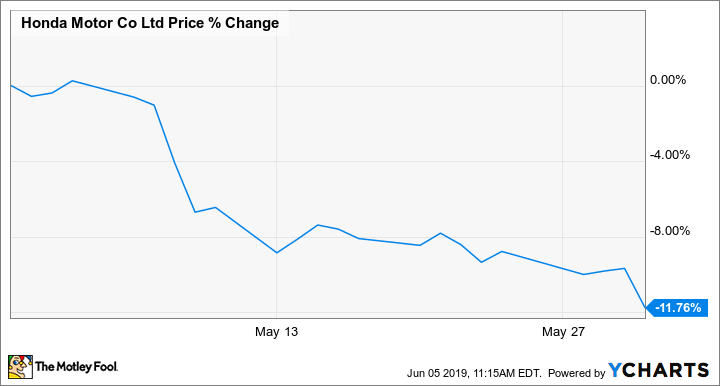 Honda expects things to look better in the year ahead, but not a lot better. Its forecast for the upcoming fiscal year calls for a slight increase in motorcycle sales, but that probably won't be enough to offset its predicted 3.1% decline in global auto sales.

Honda said it will try to boost profitability with cost reductions, and its guidance calls for a 6% year-over-year increase in operating profit -- but a U.S.-Mexico trade war could throw a wrench into that effort if it happens.