It almost seems weird to suggest that a discount outlet store that doesn't earn a dime from online sales would be one of the hottest retail stocks in the market. And yet, that's exactly where Ollie's Bargain Outlet (OLLI -3.55%) finds itself, up more than 45% year to date and easily outpacing its discount store peers such as Dollar General and Five Below.

When the company reported its 2019 first-quarter earnings earlier this week, it looked to continue that momentum. Let's examine the highlights to see how it performed. 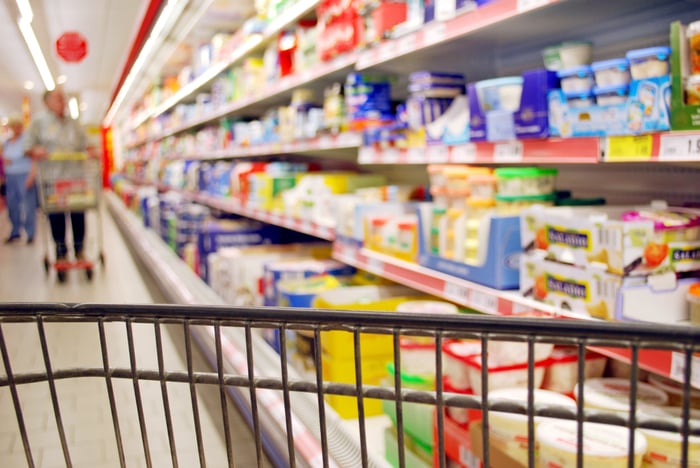 What happened with Ollie's Bargain Outlet this quarter?

Ollie's continues to drive growth through expansion and positive same-store sales, though one of these definitely contributed more than the other this quarter.

Ollie's CEO and co-founder Mark Butler seemed pleased with the results. In the earnings release, he stated:

We are very pleased with our strong start to 2019. Exceptional new store performance and outstanding deal flow, combined with consistent margins and tight expense control, all contributed to our solid earnings growth in the quarter. This was our 20th consecutive quarter of positive comparable-store sales, with broad-based strength across our merchandise categories. New stores continue to fuel double-digit sales growth, demonstrating the strength of our business model. "Good Stuff Cheap" is the founding principle of our business, and with our deal flow as strong as ever, we believe we are well positioned to continue delivering great bargains to our customers and long-term growth to our shareholders.

The company raised its 2019 full-year total net sales guidance to the $1.440 billion to $1.453 billion range, the midpoint of which would represent a 16.5% increase year over year. The company also raised its 2019 adjusted earnings per share (EPS) guidance to between $2.13 and $2.17, about a 17.5% increase over 2018's results. Based on the midpoint of this earnings guidance, shares currently trade at a forward price-to-earnings ratio of about 45 as of this writing. Ollie's management still expects same-store sales to increase between 1% and 2% with 42 to 44 new stores opening this year.

Investors will want to watch two things. First, how the retailer's loyalty program, affectionately called Ollie's Army, continues to grow. Members of Ollie's Army spend an average of 40% more than nonmembers per shopping trip, and the program has grown at an annualized rate of 27% since its inception in 2013. Second, investors should keep an eye on whether management continues to open stores at the pace its outlined and maintains its long-term target for a total of 950 stores across the country.

3 Soaring Stocks I'd Buy Now With No Hesitation
413%