In contrast to the old investing adage, investors bought up shares of this solar specialist in May instead of selling and going away.

Extending the 17% rise they enjoyed through April, shares of SolarEdge Technologies (SEDG 7.43%) soared 21% higher in May, according to data from S&P Global Market Intelligence. In addition to the company's first-quarter earnings report, management's bright Q2 forecast and Wall Street's bullish outlook on the stock powered investors' enthusiasm.

Exceeding both management's expectations of sales between $260 million and $270 million and analysts' estimate of $265.4 million, SolarEdge reported Q1 revenue of $271.9 million -- a company record and a 29.5% year-over-year increase. But that wasn't the only high-water mark set in the quarter. The company also reported a record quarter for revenue, $253 million, from its solar business, stemming from shipments of 3 million power optimizers and 131,000 inverters.

And it wasn't only the income statement that shined brightly in the eyes of investors. The company reported operating cash flow of $56.5 million in the quarter, a 20.5% increase over the $46.9 million it reported in Q4 2018. 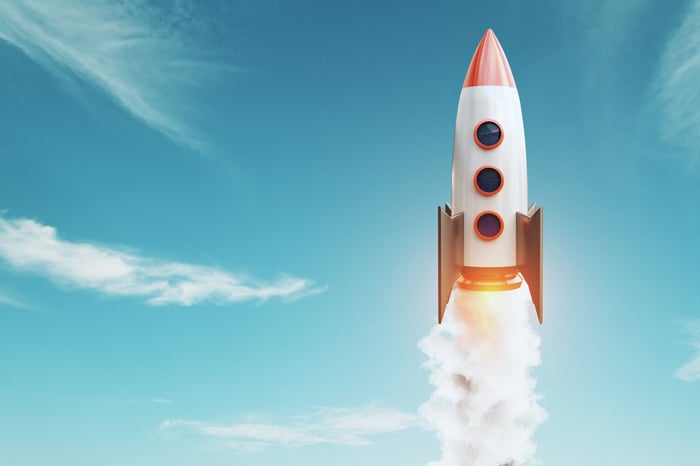 Management's second-quarter guidance electrified investors' hopes even more. For example, management estimates revenue between $310 million and $320 million. Should the company achieve the midpoint of this guidance, it will represent another company record and a 38.7% increase over the $227.1 million the company reported in Q2 2018.

It wasn't only those on Main Street, however, who found encouragement from SolarEdge's Q1 performance and Q2 forecast. For example, Mark Strouse, an analyst at J.P. Morgan, reiterated his "overweight" rating on the stock and raised his price target to $63 from $53, according to Thefly.com. Similarly, Philip Shen, an analyst at Roth Capital, articulated a bullish outlook on the stock, maintaining a "buy" rating on the stock and raising his price target to $70 from $50.

Granted, there was a lot to celebrate in SolarEdge's Q1 earnings, but there were also some signs for concern. The company, for example, suffered from year-over-year contractions in both gross and operating margin. And according to management's guidance, the company will face further gross margin contraction, on a year-over-year basis, in Q2. While these slimmer margins are unfavorable, they certainly don't indicate anything dire. Instead, investors should simply keep this on their radars in the coming quarters as the company works to integrate the various acquisitions it has recently completed.